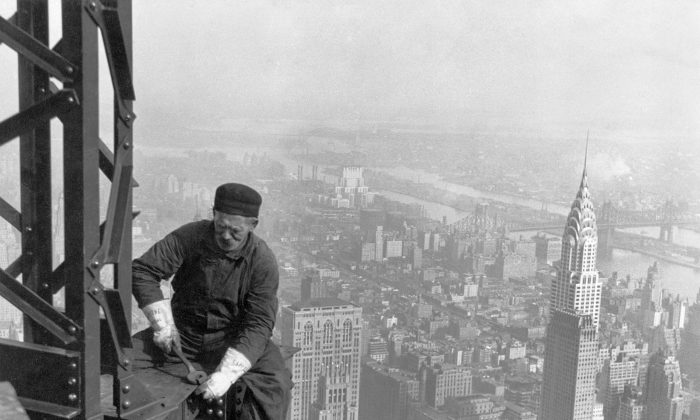 There Are Two Kinds of People in This World

Milad Doroudian
Milad Doroudian is a writer, historian and the Senior Editor of The Art of Polemics Magazine. He is currently working on a book on the Jassy Pogrom of 1941, and is an active contributor at the Jerusalem Post, Jewish Press and The Times of Israel. Despite his interest and on-going research on the Jewish community of Romania, he is also planning to attend law school. He is the author of Essays in American History: From The Colonies to the Gilded Age.
View profile
Follow
biggersmaller
Print

There is a truth that most are not willing to accept. One which has been following most people since the day of their birth. Incidentally, it is also one which has been forgotten, either voluntarily or not, in the classrooms of our teachers. Whether this truth has been taken away, or hidden from the sight of most people for the purpose of crushing their liberties as individuals away, I am not certain. However, the most rational of us can see it, as it follows one’s life in entirety, in full motion of one’s sense of the world around him/her.

The truth is that there are two types of people in this world. There is the producer that takes the world that surrounds him/her and builds out of it what he/she wishes. On the other hand, there is the consumer who uses the products of what the producer has built

The man or woman who produces is also the consumer of other’s products, thus he/she fills both roles in order to form a constancy. One thus reads books, and fills his/her head with knowledge, the knowledge which she then uses to to create material products, or even immaterial ones such as ideas.

The consumer does not indulge in creation, but does take the time to enjoy and derive benefit from those of the producers. Their lives of course are merely a glimpse, compared to the man or woman who creates. They do not understand that the purpose of one’s life is to build something, whether it is the material forms of factories, or those of ideas. They have neither, rather they live on the ideas of other men and women as formed by the conditions of the things they consume.

A person may read books, watch movies, or they may enjoy as many wines as one can, yet they will never feel the enjoyment that is taken from  creation. An artist who creates for the sake of creation does so to please his own self, while the consumer simply stares at art and enjoys its sense of achievement- the achievement of another man or woman.

In essence there is nothing wrong in looking at others’ work and deriving pleasure. One can read books, one may listen to music, and expand his/her mind. Yet, the problem is that in that enjoyment there is no purpose of creation. If seeing the achievement of others does not cause a spark in you to create the same form of achievement by whatever means you are able to do; writing, art, work, science and another pursuit, than you are in essence wasting your time. If you simply read books to pass the time, rather than to learn and better yourself in hopes that you may also create something out of what you learned, you are wasting your time.

The thing that differentiates humans from animals is their ability to produce things, and to produce them effectively in order to mold the world around us. Yet, if you simply consume that which other men/women have created, you are in essence doing nothing but living your life in an egregious idleness. One which takes away at your soul, as the more you immerse yourself in the consumption of things, products, books, clothes, cars and so on without creating something with tangibility, even if it is an idea expressed on a piece of paper, you are inherently wasting your time.

What has more value? The artist who creates a beautiful painting, or the renowned critic who has never picked up a paintbrush in his life? What is worthy of more praise, the factory owner who creates a product, gives jobs to men and women, or the bureaucrat that benefits the products of the factory, but does his best to institute further taxation policies? What is of greater value, the person who creates, or the person who consumes?

You might ask, rightly so, that the argument is what you may call a contradiction. Don’t producers also consume things? The simple answer is that yes they do. Yet the difference is that their meaning in life does not come from reading a book, but writing one. It does not come from listening to music, but from making music. It does not come from watching moves, but from producing movies. The consumer is idle, the producer is not. The consumer wants to spend his/her money on things that present an immediate value, the producer wants to spend it on what presents long-term value.

It is not my intention to suggest that there is some caste system in this world. The truth is that the producers need consumers, and vice-versa, at least in terms of material gain, in the gain of millions or billions of dollars. However, there is one gain which the producer, the creator and the man/woman who invents that does not derive form the consumer: The knowledge that they put numerous hours of hard work in their creation. Even if it never sees the light of day, the fact that they created it and they know it is theirs is what gives them the greatest pleasure of all.

Of course we are all consumers, but not many of us are producers. We all take advantage of the labors of others, but deriving meaning in them is where the problem lies.

It is meaningless to base your meaning on the books you read, the movies you watch, the food you eat, as they are not your achievements, but that of others. They are not expressions of yourself but those of others. You may indulge in any pleasure you wish, as there is no one to ever stop you. You are free to do as you wish. Indulge yourself in culture, but do not do it because you wish to make time pass, do it because you want to better yourself and give yourself the tools to build.

There is one question that you need to ask yourself: Do you truly find your meaning in things which you have not built with your two hands? Do you find meaning in a book that you may relate to entirely because it might express some parts of your character, or the writing that is a full expression of yourself, because you did it? I read voraciously, I listen to music without end, and I learn from movies, not just so I can have something to do, but to give me the motivation to produce.

Milad Doroudian
Follow
Milad Doroudian is a writer, historian and the Senior Editor of The Art of Polemics Magazine. He is currently working on a book on the Jassy Pogrom of 1941, and is an active contributor at the Jerusalem Post, Jewish Press and The Times of Israel. Despite his interest and on-going research on the Jewish community of Romania, he is also planning to attend law school. He is the author of Essays in American History: From The Colonies to the Gilded Age.
Website