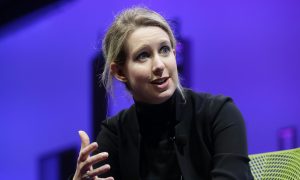 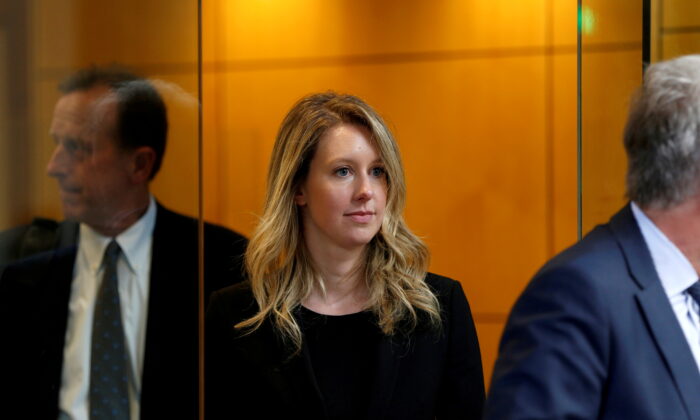 Former Theranos CEO Elizabeth Holmes leaves after a hearing at a federal court in San Jose, Calif., on July 17, 2019. (Stephen Lam/Reuters)
US News

Theranos Founder’s Defense May Turn on State of Mind: Experts

As Elizabeth Holmes’s fraud trial gets underway this week, lawyers for the former Silicon Valley entrepreneur may try to show she was a true believer in the blood-testing technology at her startup Theranos Inc., and never intended to defraud investors and patients, legal experts said.

On Wednesday, federal jurors in San Jose, California will hear opening arguments in the case against the Stanford University dropout who once dazzled Silicon Valley and is now charged with misleading investors and patients by falsely claiming that the company’s printer-sized devices could run a range of tests and produce accurate results using a single drop of blood.

To defeat the charges, Holmes’s attorneys are likely to home in on what she herself believed about the complex science, according to several defense attorneys.

“The best way to argue a defense in a science-based case is to suggest that this young woman had a good faith belief that this science was real,” said defense lawyer Benjamin Brafman, who is not involved in the case.

Holmes, 37, founded Theranos in 2003 at the age of 19, and prosecutors allege she told the company’s private investors several lies, including that Theranos did not need U.S. Food and Drug Administration approval for its devices. Holmes is also accused of having defrauded patients by leading them to think blood tests from Theranos machines were more accurate than they were.

The most serious charges of wire fraud require prosecutors to prove Holmes acted with intent to defraud.

To be convicted, the jury of twelve must unanimously find her guilty beyond a reasonable doubt.

In court filings, Holmes’s attorneys have argued there is a missing link between what Holmes herself knew and what Theranos employees told doctors and regulators about the company’s technology.

“Corporate executives generally do not face individual criminal liability for the actions and statements of a corporation’s agents or employees, and that principle holds equally true in this case,” they wrote.

Holmes’s lawyers said last year that she was “highly likely” to take the stand in her own defense, a move that experts called risky. It could backfire if jurors do not view her as credible and give prosecutors latitude to bring in a broader range of evidence, they said.

Brafman said that distancing Holmes from testimony about patients who were adversely affected by the company’s claims will be crucial if she is to be acquitted.

Where there is no doubt about a fact such as an inaccurate test result, Brafman said the defense should “take it on the chin” and bring jurors back to questioning what Holmes knew.

“You pick battles in a trial that you have a chance of winning. The best way to confront really horrifying testimony is to not make the trial about that,” Brafman said.

Filings unsealed on the eve of the trial showed that Holmes may also invoke allegations of sexual and psychological abuse by her former romantic partner, ex-Theranos executive Sunny “Ramesh” Balwani, as part of her defense.

Holmes told a psychologist that Balwani was controlling, “monitoring her calls, text messages, and emails; physical violence, such as throwing hard, sharp objects at her; restricting her sleep,” according to a filing from February 2020 by Balwani’s lawyers, who said the allegations required separate trials.

Balwani, who has denied the allegations, is scheduled to be tried separately next year. His attorney did not respond to the request for comment.

Holmes’s attorneys said her “deference” to Balwani shaped what she believed about financial models he created, and about the Theranos–Walgreens partnership he led, which prosecutors say the pair oversold to investors.

Amanda Kramer, a former prosecutor in New York who has handled both securities fraud and sex trafficking cases, said that regardless of whether jurors are convinced that evidence of alleged abuse adds up to a defense, hearing such testimony “could garner sympathy for Elizabeth Holmes, and that is not a small thing at all.”

“Because no matter their duty, that is going to influence the way they hear the evidence, and ultimately the way they deliberate and cast their votes at the end of the trial,” she said.