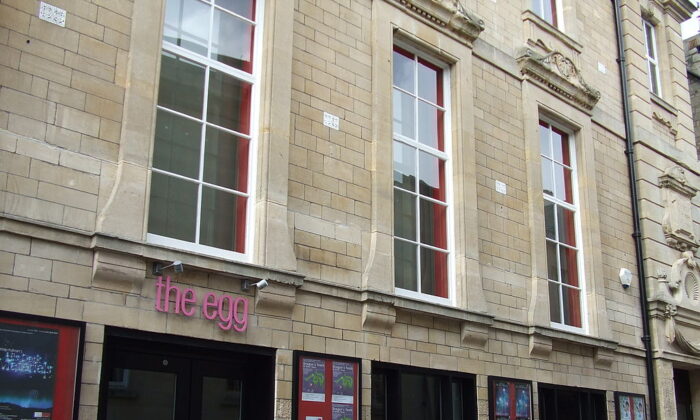 The theatre company behind The Family Sex Show has cancelled it days before it was due to go on tour at venues in England.

Thousands of people expressed fury at a show called The Family Sex Show which invited families to take children from age five to explore themes such as “boundaries, pleasure, consent, queerness, and sex” as well as featuring full-frontal nudity.

Organisers said that they pulled the show due to threats and abuse.

The Cambridge-based theatre company ThisEgg, which is run by Josie Dale-Jones and is Arts Council Funded, claimed that it wanted to put on a show “offering intersectional, feminist, non-binary, anti-racist & sex-positive take on Relationships and Sex Education.”

On a Q and A section on its site, it said that 5-years-olds were “so young” but that it is important that children are “supported in their exploratory development.”

The Family Sex Show site contains a glossary of sexual and political terms that includes definitions of “anti-capitalist,” “colonisation,” “diversity,” and “revolution.”

On Tuesday, ThisEgg posted a statement on Twitter that it is “regrettable that violent and illegal threats and abuse directed at the company and venues by a small group of people with extremist views has prevented families from opting to attend something that was transparent, consensual, and legal.”

“We believe that what has happened is reflective of structural and societal attitudes towards Relationships and Sex Education,” they added.

The Bristol Post reported that three performances at The Egg theatre in Bath were sold out.

The show was also planned at Tobacco Factory Theatre in Bristol. The venue wrote a statement on Tuesday that it had cancelled it due to the “unprecedented threats and abuse directed at our building and team.”

Organisers said that they were going to send a pre-show document available on April 28, 2022, showing exactly what happens in The Family Sex Show to make attendants “more comfortable.”

Last week both theatres involved told Bath Live that “The Family Sex Show is a theatre show which opens up conversations around relationships.”

ThisEgg said that there will still be a performance for an invited audience at The Egg theatre in Bath.

The show was condemned by many mums on Mumsnet, the UK’s most popular website for parents. Furthermore, a petition to scrap The Family Sex Show had amassed just under 38,000 signatures by the time of publication.

UK & Ireland Campaign Director at CitizenGO and Catholic writer Caroline Farrow who set up the petition told The Epoch Times whoever planned on taking their children to this show must be “painfully woke.”

CitizenGO is an online platform of signatures gathering for Christian campaigns.

“I was concerned about the adults stripping in front of children. It wasn’t a knee-jerk thing, I looked into this and thought ‘Am I looking at the wrong end of the stick?’ Then I just looked at the glossary, workshops, and podcasts and realised that this is actually incredibly disturbing,” said Farrow.

She said that she didn’t want to demonize the theatre group, but criticised the organiser as “willfully naive” and said that “they had taken a couple of kernels of truth and distorted them.”

Those behind the production said they created the show “as a response to Relationship and Sex Education in the UK.” Sex education is not compulsory in primary schools in the UK.

“All of us parents want to equip children with the knowledge they need, but we need to do that in an age-appropriate fashion,” said Farrow.

“I think there is a whole industry around creating a moral panic that children don’t know enough about sex and are not being educated enough about sex. I don’t think we need a show like this to be teaching children about adult sexual pleasure,” she said.

On some of the terms used such as pronouns as well as “genderqueer,” “diversity training,” and “decolonizing,” Farrow said she believed this was a form of “indoctrination” and that it was “politicising children.”