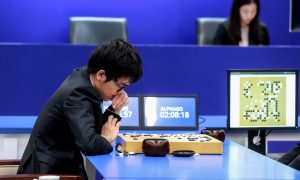 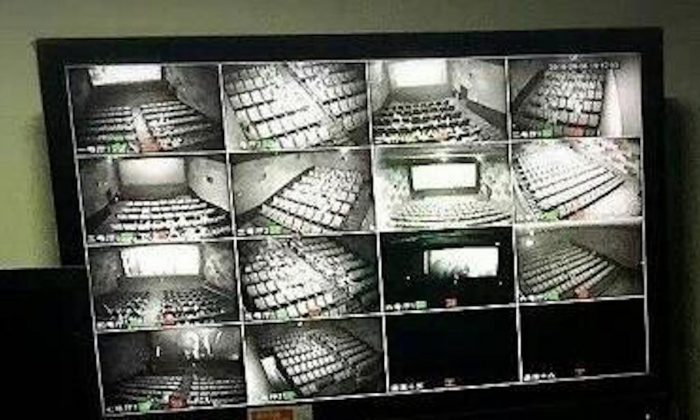 As early as 2017, surveillance cameras were installed inside theaters in Shenzhen and other places in China. Public security can use the facial recognition system thousands of miles away to monitor the audience in the cinema. (Web image)
Social Issues

Theatergoers have become the target of surveillance across China. A netizen recently revealed that authorities can spot every face and every movement clearly, even in the dark, over one thousand miles away through facial recognition and surveillance technologies.

On March 7, a netizen, whose name is “wandering monk Hou,” published an article titled “Two thousand kilometers away, I am staring at you quietly,” in which he shared his own personal experience. Inside a control room of a theater chain, he saw the interior of a cinema in Shenzhen that was located 1,240 miles (2,000 kilometers) away. This theater chain, which was not identified in the article, has 457 cinemas in 65 cities and across 26 provinces. All 457 cinemas play the same movie simultaneously from the central control room.

According to the article, the central control room can adjust the angle of each surveillance camera, as well as zoom in and zoom out. That means, of the 64,845 audience members all over the country, every single one is strictly monitored. Even in the dark, every move is clearly captured.

The netizen’s ID and article were both blocked a few hours after it was posted online.

Mr. Li, a senior media professional, told Radio Free Asia: “I was shocked when I first heard about it, but when I think of the situation I know of in China, I believe it is normal.”

Mr. Shi, who knows how surveillance works, told Free Asia Radio that the situation disclosed in the article is consistent with what he knows about the system. He said night monitoring system is no longer a secret. “However, there is no way the audience can sue the theater because they have no way to collect evidence. How can they file a lawsuit without evidence?” Shi said.

Radio Free Asia reporters contacted Wanda Cinemas, the largest theater chain in China. An employee at Wanda admitted that there was a remote central control system called Theater Management System which controls the projector when showing the film. He denied that it is used to monitor the audience. However, he claimed that technically it is very simple to monitor the theater in such a manner. He believed that a cinema is a public place, so it should not surprise anyone if it is being monitored.

In fact, as early as February 2017, some netizens exposed that there are surveillance cameras inside cinemas, monitoring the inside of the cinema 360-degree in the darkness, leaving no blind spots.

Some industry insiders also revealed that the installation of surveillance cameras has already become a norm for cinemas in China.

Many netizens say they feel uncomfortable after they learned about the surveillance system in theaters.