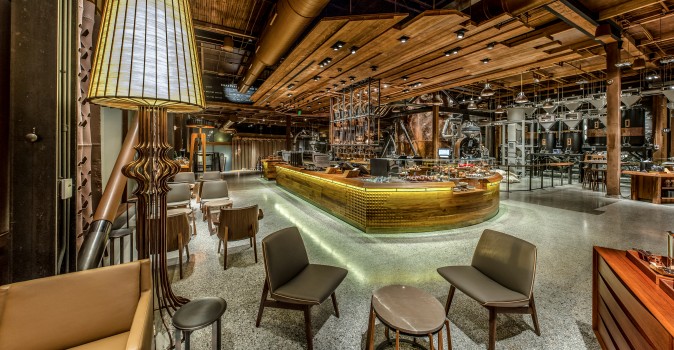 The soon-to-come New York City Starbucks Roastery will be modeled after the company's first built Roastery, which was finished in December of 2014 in their hometown of Seattle, Washington. (Photo courtesy of Starbucks)
New York

The World’s Largest Starbucks Is Coming to New York City

New York City’s Meatpacking District will house the world’s largest roastery for Starbucks, scheduled to open in 2018, according to an April 5 statement from the coffee giant.

The massive, 20,000-square-foot location will be inspired by the Starbucks Reserve Roastery and Tasting Room, which launched in the company’s hometown of Seattle late 2014.

In New York, we want to take elements from what we originally created and build something even bigger and bolder, celebrating coffee and craft in a completely unique and differentiated way.
— Howard Schultz, Chairman and CEO, Starbucks

These Starbucks “roasteries” pay homage to coffee; offering a unique experience where customers can submerge themselves into all different types of coffees from around the world.

An interaction-based sensation, the roastery encourages its guests to engage roasters and baristas to widen their knowledge of the art behind brewing rare coffees.

“Our Seattle Roastery experience created something that had never been done before, transforming a retail environment into something far beyond just a coffeeshop and into the single best retail experience of any kind. In New York, we want to take elements from what we originally created and build something even bigger and bolder, celebrating coffee and craft in a completely unique and differentiated way. We want this experience to tell our customers that we’re coming to Broadway.”

The location, formerly Prince Lumber, is one block south of Chelsea Market and was purchased by Starbucks in 2015.

At the address of 61 Ninth Ave., the new structure will scale nine stories and be approximately 170,000 square feet. The building is set to be completed during the end of 2017.

What Will Italy’s Discerning Coffee Drinkers Make of Starbucks?