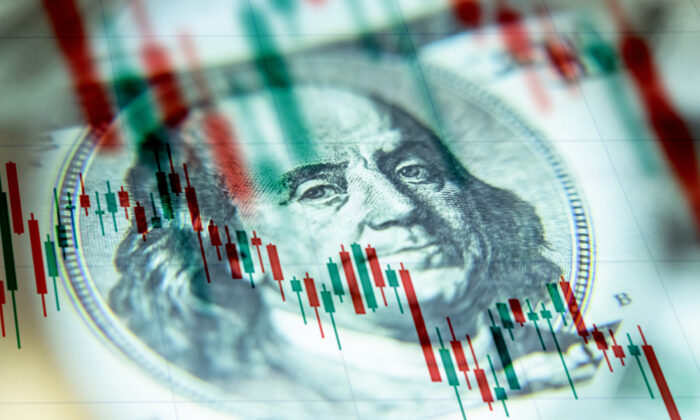 The War on Savers Rages On—Even as Rates Rise

The Fed is about to embark on an epic quest. Like Siegfried’s battle to slay Fafner, the Federal Reserve is about to enter an epic battle with the inflation dragon.

Higher rates—i.e., a higher cost of capital—will slow the economy along with the inflation beast. But there is, in theory, an upside to this strategy. Savers should start earning more on their money.

The idea that the rising tide of interest rates will raise all boats—including savers’ deposits—is somewhat of an economic fairy tale. A bedtime story progressives like Sen. Bernie Sanders (I-Vt.) might read to his grandchildren.

There is a force of reality that comes into play, and it’s likely going to keep depositors’ earnings low for quite a while.

The evil Wells Fargo is a business after all.

Lending as a Business

If you think of a bank’s lending business like the local sandwich shop, you can understand the problem a little more easily.

Say you own the Tasty Sub sandwich shop. Each day you prepare and sell 100 sandwiches. Your ability to do that, of course, depends on how much lunch meat you have back in the refrigerator.

To maximize your profits, you want to keep the amount of meat that goes out the door in balance with what’s back in the fridge. It wouldn’t be smart business, for you at least, to keep 2,000 pounds of ham on hand when you only sell 10 pounds a day. That ham’s not making you any money sitting back there and it’ll go bad in a week resulting in a loss.

Loans are a major source of a bank’s revenue. Making loans for a bank, are like you selling sandwiches at your shop. They make these loans, thanks to the fractional reserve system, with the funds they have on deposit. That’s the lunch meat you have in the back. And right now banks are sitting on a lot of lunch meat.

Think back to the beginning of the pandemic lockdowns. Life came to a standstill. Everyone was nervous and uncertain about the future. And the economy did what you’d expect a rational economy to do. It started saving.

When the Fed pushed rates to zero, the market started refinancing their mortgages to lower their costs of living. Outstanding debt got paid down.

And then there was the stimulus. According to the Wall Street Journal, during the first two rounds of stimulus payments, “Americans built up $2.7 trillion in extra savings.”

This was essentially free money to everyone involved. It was windfall money to the individuals who received it. But it was also a great boon to the banks on whose books all that free cash sat. It became like a large stash of lunch meat, waiting to be sold as loans. And a lot of it is still sitting there.

Banks raise rates to attract depositors. More depositors mean more money they can lend out. Right now, there is no need for banks to pay more. They don’t need the extra ham in the fridge, so to speak.

And that is what’s going to keep a lid on the rates you get paid.

According to the Wall Street Journal, “On fourth-quarter earnings calls last month, bank executives said those [savings] rates aren’t likely to move in tandem with Fed increases this time around. The ‘overall rate paid will be lower in this next rising-rate cycle,’ said Jenn LaClair, chief financial officer at Ally Financial Inc., which offers a high-yield savings account.”

But while Sanders’ grandkids’ bedtime stories won’t have a happy ending, there are actions you can take as an investor to keep growing your wealth. Right now there are some great bargains on dividend stocks. Depressed prices boost their overall yield. An easier way to earn dividends is to look into an ETF that will invest in multiple stocks to increase yield.

There’s a lot out there that’ll pay you more than your bank.