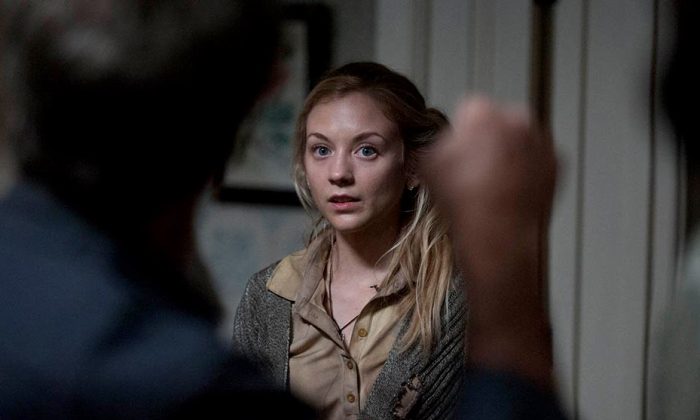 Walking Dead Season 5 Spoilers: Reports of Beth and Daryl on Set Together

The Walking Dead season 5 is currently filming and many of the characters have been pictured or reported on set.

Not much has come out about Beth (Emily Kinney), the character in the most mysterious position after she appeared to be kidnapped in season 4.

But some people reported to The Spoiling Dead Fans that both Kinney and Norman Reedus aka Daryl were on set together.

“We haven’t confirmed anyone besides Norman,” the page noted. “They have also brought in a huge tarp and told those on the ground they won’t be letting anyone watch tonight.”

Many believe that Beth was taken by a pastor, known as Father Gabriel in the comic books. The vehicle that appeared to speed off with her had a cross on the back. A number of vehicles with a similar sign have been spotted on the season 5 sets.

If Kinney and Reedus were on set together, then it either means Beth ends up in Terminus somehow, or they meet outside Terminus–but that would require Daryl escaping.

Rick, Daryl, and most of the rest of the group–apart from Beth, Tyreese, Carol, and baby Judith–are trapped at Terminus as of the end of the season 4 finale.

Some theories going around include that Tyreese and Carol help the group escape, while some say those two somehow meet up with Beth at some point.

Season 5 is slated to premiere in October.