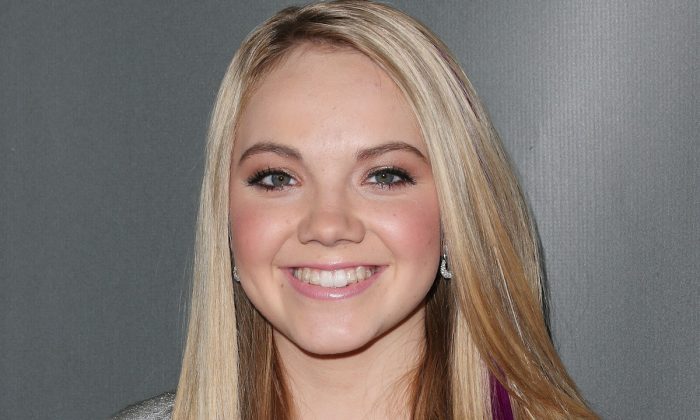 ‘The Voice’ Winner to be Announced Tuesday: Danielle Bradbery a Favorite

The Voice winner predicted: Danielle Bradbery, 16, impressed fans and judges with her performance of “Born to Fly” by Sarah Evans and her encore performance of “Maybe it was Memphis,” Monday night.

Coach Adam Levine said Bradbery is “one of the most important artists we’ve ever seen walk across this stage,” though she is not on his team.

“The crazy thing about your voice is it’s just so unbelievably perfect and powerful,” he said, according to UPI. “It’s one of the better voices I think I’ve ever heard live.”

“And I’m just going to go ahead and say, I think Danielle’s the winner of this thing,” he said after her performance.

The Swon Brothers, a country duo from Oklahoma, agree they would be happy to see their competitor, Bradbery, win. They haven’t given up on themselves though.

“Adam has predicted pretty much the whole season that she was gonna win, so you know what, I hate to say it, but he could be right,” Colton Swon told Access Hollywood. “Danielle’s amazing, Michelle’s amazing. I wouldn’t mind seeing either one of those girls win. I really wouldn’t. At this point, we’re all gonna be set I think, and have good careers, and those girls are so sweet. I’m glad it’s someone I’m happy for, and they both deserve it.”

Rocker Michelle Chamuel and the Swon Brothers did well, according to TheHollywoodGossip.com, but “Danielle’s ability and likability may be too big of an edge.”

On the other end of the globe, The Voice Australia‘s winner was announced Monday night. Harrison Craig, 18, won a recording contract with Universal Music Australia and $100,000 in cash, according to the International Business Times.

His new album, More than a Dream, will be released June 25.

Craig’s “Unconditional” from More than a Dream