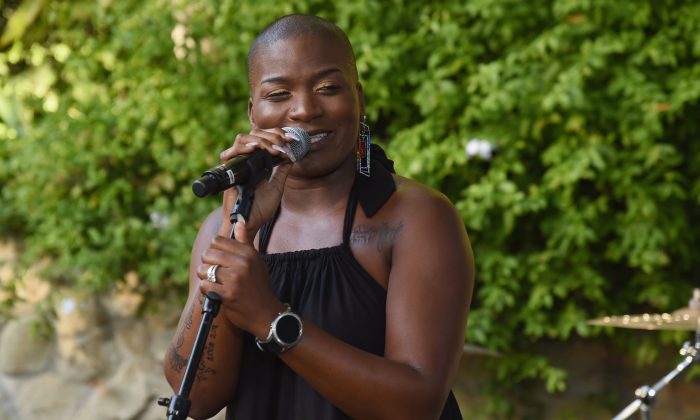 Janice Freeman performs at The COTA Awards (Celebration of the Arts) on September 15, 2018 in Malibu, California. (Photo by Michael Kovac/Getty Images for COTA)
Entertainment News

Janice Freeman, who appeared on “The Voice,” died at the age of 33 on March 2.

Her family confirmed the news to TMZ, saying she died due to a blood clot.

The singer was at home with her husband, Dion, in Southern California when she complained of having trouble breathing, according to the report.

Miley Cyrus has spoken out about the death of Freeman, who was on her team on season 13 of 'The Voice.'

Dion then performed CPR and called 911 before paramedics arrived.

A spokesperson told Entertainment Tonight about her passing: “It’s an unexpected shock to all of us.”

“She had traveled to Kansas City just a week ago (Friday, Feb 22) to perform at a gala one of my client’s was sponsoring, and performed beautifully,” the spokesperson said. “She felt very weak the next morning, and my clients were very concerned and suggested she check into an ER before getting back on a plane, but Janice chose to fly home to L.A.”

“I don’t know if she did any performances between now and then,” they said.

Freeman was rushed to the hospital, where she was pronounced dead at 5:30 p.m.

“We’re told it appears a blood clot had traveled to her heart. Janice had a slew of serious health issues, having battled lupus, cervical cancer, which she’d beaten, and meningitis,” TMZ reported.

She made it far into the 13th season of “The Voice.”

Freeman is survived by her husband and daughter.

Tributes began pouring in on social media after word of her death spread.

“Top Chef” alum Fatima Ali died on Friday, Jan. 25, after a battle with terminal cancer. She was 29.