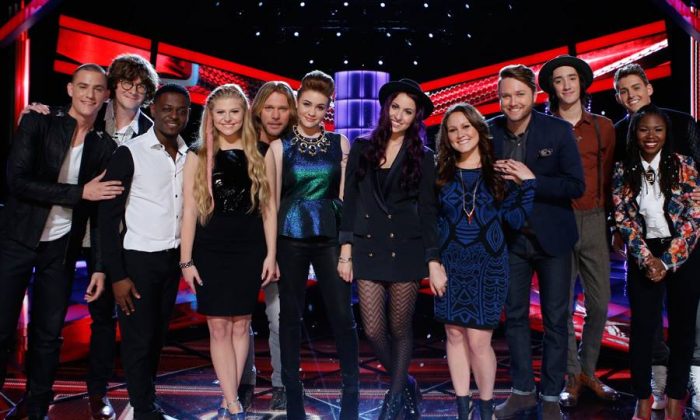 The Voice whittled down contestants to the final 3 on Tuesday night for season 7.

The Wild Card will be announced on December 10 on the Today Show.

Taylor John Williams of Team Gwen and Damien of Team Adam were eliminated.

See a complete list of the performances below. Remember to cast your vote for the Wild Card via The Voice app.