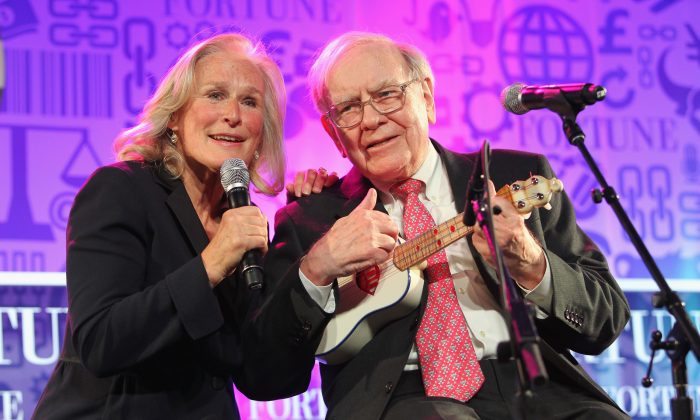 The View From Canada: Warren Buffett Is Not a Threat to Canada

Ever since Berkshire Hathaway Energy announced it would buy Calgary-based AltaLink Ltd. (an electricity transmission company with 12,000 kilometers of power lines), the predictable protectionist sentiment has ramped up.

While the deal is worth $3.2 billion for AltaLink’s current owner, Montreal-based SNC-Lavalin, some are urging the federal government to quash the proposed sale because:

None of the justifications withstand even a cursory analysis.

The paranoid protectionists will always be obsessed about exports, whether oil, lumber, electricity, or water. If governments listened to them, we’d be back in the Great Depression, when many countries imposed barriers to trade and investment, and exported little except comparisons on which country was the poorest.

Where a company is headquartered—whether in Montreal, Omaha, or Calgary—is largely irrelevant. Shareholders of such companies, after all, only make a buck by fulfilling customer needs and not, in this case, by turning the lights off.

As to being “critical,” transmission lines are not alone: forestry, agriculture, oil and gas, railways, automotive, and aerospace companies and their products are also critical—to feed Canadians, keep us from freezing in winter, or to fight a war (automotive assembly plants can be converted to produce tanks).

But no matter how critical such elements of an economy are, it is hardly an argument to block foreign investment from Americans, Australians, and other allies historically friendly to Canada. While there are occasions when foreign ownership restrictions are necessary— preventing Iran and North Korea from buying up uranium, for example—do opponents of the AltaLink deal really fear the 83-year-old Buffett and his 90-year old partner, Charlie Munger, will one day invade Canada … from Omaha?

The anti-foreigner, anti-foreign investment tack is counterproductive because Canada was built on foreign investment, including the fur trade four centuries ago and the oil patch and automotive sectors last century and newer industries now. Besides, according to Statistics Canada foreign money already has a significant presence in Canada: In mining ($20.8 billion); finance and insurance ($94.5 billion); management of companies and enterprises ($116.2 billion); oil and gas extraction ($107.2 billion); or the mother of all foreign investments: manufacturing ($209.3 billion).

And when some Canadians get touchy about foreign investment, they forget that what they recommend for the foreign goose could cook the Canadian gander. Plenty of Canadian cash is invested outside of Canada (and comes from mutual funds, Canada Pension Plan money, union retirement plans and other Canadian investors).

In total, Canadians have more investment outside of Canada ($779 billion) than do foreigners here ($686 billion). That, by the way, includes the utility sector, where in 2013, foreign money in Canadian utilities was worth $5.7 billion, compared to the $18.8 billion of Canadian cash invested abroad in other countries’ utilities.

This point is critical. Canadians are net exporters of capital, profit from it, and always lose when global trade and investment barriers rise instead of fall. Foreign investment—whether in Canada by “foreigners” or by Canadians elsewhere—provides new capital that domestic investors either don’t have or won’t provide. Moreover, investor money bulks up existing industries or creates new ones. And investors often bring new expertise to the country in which they operate. (As an example, Canadian bankers could teach Europe and America about not overdoing it on risk).

Finally, investment creates jobs. Existing shareholders also profit when outside investors place a higher value on the company than domestic firms do, which explains why some domestic companies complain about foreign investors: without money from abroad, Canadian-based companies (albeit also ones with shareholders from the world over, it should be remembered) could pick up companies on the cheap, to the detriment of existing shareholders.

Foreign investment is a win-win-win-win proposition for countries, consumers, the economy, and shareholders. The only losers? Companies that dislike competition—or people who think Warren Buffett poses an existential threat to Alberta.

Mark Milke is a senior fellow at the Fraser Institute. twitter: Milke.Mark. This article previously published in TroyMedia.com.