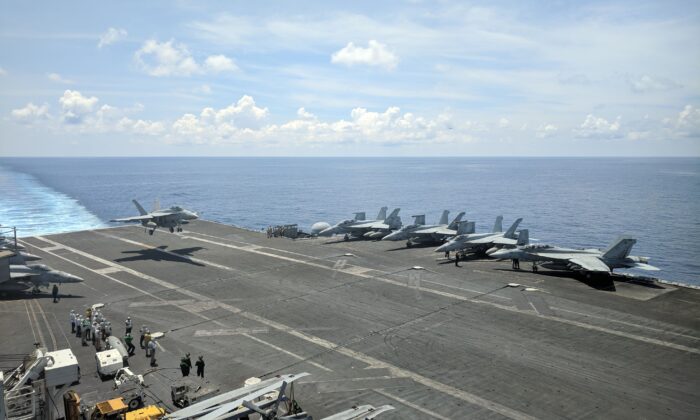 Concern over a surprise attack by China against Taiwan is a major concern. But the world should be aware that the Chinese regime may launch attacks against India, Japan, or the United States because a clear and intuitive lesson of history is that strategic surprise succeeds, and a review of the evidence demonstrates that it often does in international politics.

The German invasion of the Soviet Union, Operation Barbarossa, the October 1973 War, and Pearl Harbor are successful cases of surprise attacks.

One of Israel’s major mistakes in 1973 was to assume that an Egyptian-Syrian attack would be initiated only to inflict a resounding military defeat on Israel. Since the Arab states were not strong enough to fulfill this objective, Israeli policymakers inferred that an attack would not be immediately forthcoming. However, had Israel considered the possibility that the Arabs might opt for a more modest goal, it would have perceived its enemies did not need the capabilities to conquer Israel only to attack it and, thus, could launch the attack earlier.

With respect to Pearl Harbor, Washington had no problem in concluding that Japan would go to war. However, to ascertain whether Japan would attempt to launch a surprise attack against Pearl Harbor, Washington should have asked itself how Japan’s analysis of going to war would be affected by the knowledge that its capabilities had been underestimated and by the achievement of surprise. Had Washington considered the possibility that Japan’s capabilities were greater than it estimated, a surprise attack on Pearl Harbor would indeed be possible. Moreover, if this calculation had been linked with an estimate of the benefit Japan would receive from a successful attack on Pearl Harbor, the weakening or destruction of the Pacific Fleet, then Washington’s willingness to perceive the possibility would have been amplified.

The value of surprise in the execution of an attack is almost always sought by states when they elect to attack. First, states seek surprise because it offers the possibility of a solution to the strategic problem the state confronts. Second, it offers that solution through the prospective of a quick and decisive victory at low cost. And third, the choice for surprise places the strategic initiative in the hands of the aggressor.

The Chinese regime places an emphasis on deception and surprise, and its dismissal of considerations to which Western strategic thought is sensitive, such as the fog of war, results in the expectation that the Chinese will select the strategic choice of a surprise attack. Thus, while it can be a platitude, it is equally profound: the United States, India, Japan, or Taiwan must expect surprise.

The United States must be sensitive to three dangers: the “fog of peace,” mirror imaging, and “pre-crisis” situations.

Mirror imaging is the danger that Washington assumes Beijing will not take actions that the United States would not. However, due to its authoritarian politics and history, the Chinese regime is capable of actions that the United States is not, such as first strike and preemption. The danger arises that the United States will not be sufficiently sensitive to the lack of constrains the Chinese regime faces when contemplating a bold move, such as a first strike or preemption. The Chinese regime has fewer institutional barriers or normative restraints to undertaking these actions. While the United States would have considerable difficulty taking these actions and, thus, such actions fall below the realm of consideration for the United States, it would be a strategic mistake not to comprehend that these choices are in the realm of possibility for Beijing. Legal or moral constraints that would restrain or govern action in the West cannot be assumed to exist for the Chinese regime. Moreover, as with Pearl Harbor, there may be some indications of a Chinese first strike, but those “signals” are likely to be lost in the “noise” of routine peacetime events, the “fog of peace,” and the fact that officials who are sensitive to the signal of an attack are likely to be accused of seeking to generate a crisis with China and dismissed.

In the confrontation with the Chinese regime, the United States must be aware that each of these problems means that the mistakes made by Joseph Stalin, Golda Meir, or Franklin D. Roosevelt are not just simply interesting history, but remain immediately relevant today. Their faults serve as warnings that are compounded by the additional realizations that the “fog of peace” can turn to war, mirror imaging replaces sound strategic analysis with flattery, and that the United States or its allies may be in a crisis with the Chinese regime without knowing so due to the perverse dynamics of that political system. The United States must perceive the world as the Chinese regime does to minimize the dangers of a surprise attack.