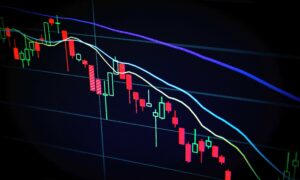 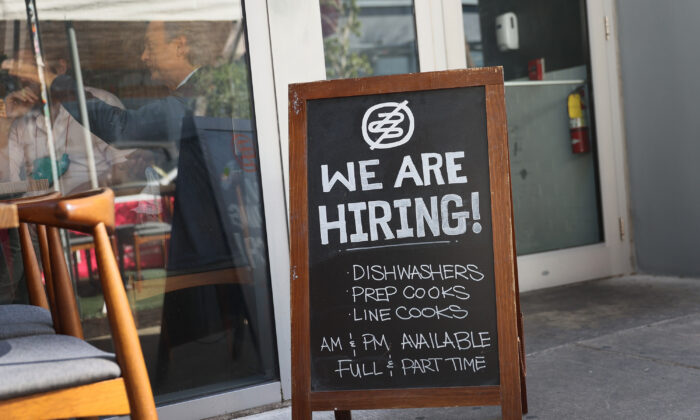 A "We are hiring!" sign is seen in front of the Buya restaurant in Miami, Fla., on March 5, 2021. (Joe Raedle/Getty Images)
Viewpoints

The United States: Hardly a Recovery

There’s an overly optimistic consensus view about the speed and strength of the U.S. recovery that’s contradicted by facts. While it’s true that the U.S. recovery is stronger than the European or Japanese one, the macro data shows that the euphoric messages about aggregate GDP growth are wildly exaggerated.

Of course, GDP is going to rise fast, with estimates of 6 percent for 2021. It would be alarming if it didn’t after a massive chain of stimuli of more than 12 percent of GDP in fiscal spending and $7 trillion in Federal Reserve balance sheet expansion. This is a combined stimulus that’s almost three times larger than that of the 2008 crisis, according to McKinsey (pdf).

The question is, what’s the quality of this recovery?

The answer is: extremely poor. The United States’ real growth excluding the increase in debt will continue to be exceedingly small. No one can talk about a strong recovery when industrial capacity utilization is at 74 percent, below the level of 77 percent at which it was before the pandemic, and massively below the long-term average of 80 percent. Furthermore, the labor force participation rate stands at 61.5 percent, significantly below the pre-COVID-19 level and stalling after bouncing to 61.7 percent in August.

These figures must be put in the context of the unprecedented spending spree and the monetary stimulus. Yes, the recovery is better than the eurozone’s thanks to a fast and efficient vaccination rollout and the dynamism of the U.S. business fabric, but the figures show that a relevant amount of the subsequent stimulus plans has simply perpetuated overcapacity, kept alive zombie firms that had financial issues before COVID-19, and bloated the government structural deficit and mandatory spending.

Would the U.S. economy have recovered as fast as it has without the deficit-spending stimulus plans? Maybe. I believe so, because the entire recovery, both in markets and the economy, has been driven by the vaccine news and the process of inoculation. Most of the programs that have been implemented have had a small impact compared to the reopening of the hospitality sector and the vaccinations. The entire economic crisis came from the lockdowns and the virus, and the entire recovery is the reopening and the vaccinations.

My main concern is that this monster deficit and debt program has been set as the minimum for the next crisis. No one has analyzed if the spending plans have been effective. In fact, in the eurozone, no one seems to be concerned that countries that have spent between 20 and 30 percent of GDP in stimulus plans are now in stagnation.

The mainstream message seems to be that if spending plans haven’t worked, it’s because they weren’t large enough. Very few seem to be discussing the waste in public funding when the top drivers of the recovery are the vaccine rollout and the reopening of the services sector.

It seems that governments want to convince us that they have saved the world, when the reality is that the misguided lockdowns were the cause of the economic debacle, and lifting them is the main cause of the recovery. In the process, trillions have been squandered.

It’s dangerous to accept that government spending, no matter how much or what for, is the only solution and even more dangerous to believe that the shape of the recovery is only a function of the size of the stimulus package.