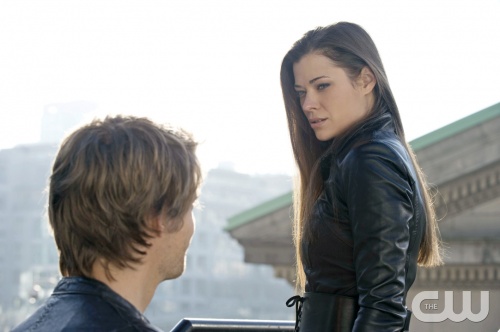 The Tomorrow People Season 2? Will CW Show Be Renewed or Canceled?

As The Tomorrow People heads toward the end of season 1, fans are wondering whether there will be a season 2.

The season finale is slated for May 5.

The first season is scheduled to have 22 episodes.

Zap2It’s TV By the Numbers blog predicts that either The Tomorrow People or The 100–which premieres on March 19–will be renewed. Not both.

The blog, which uses data such as viewers per episode, said that “it’s not an unreasonable guess” that The 100 will survive over The Tomorrow People, but that it will have to wait until The 100 actually airs before making the prediction.

Executive producer and showrunner Phil Klemmer Zap2It was asked if there are plans for a Tomorrow People season 2 if it’s renewed.

“By the time we get to the end of the season, all of our central characters aren’t on the same side. They aren’t all alive — and some are responsible for the deaths of others. We definitely end in a very fraught place. It’s sort of like ‘Empire Strikes Back’–it’s a bummer, but it leaves Stephen with. … Instead of going from boy to man like he did in Season 1, it’s the promise of him becoming a hero and a leader and sort of repairing this fractured world.

I might have some repairing to do with our fanbase once they see some of the changes. But I promise: Just hang with it, take a deep breath and when people sleep with people, people betray people, people take each other’s powers, kill each other, turn over to the dark side — you just have to keep watching, because I think everyone is true to themselves. And it’s not the people, it’s the impossible predicament that we’ve placed them in. Blame the showrunner. It’s my fault.”

Correction: A previous version of this article misstated the number of episodes season 1 has. It is currently scheduled to have 22 episodes. Also, the season finale is on May 5, not in March. Epoch Times regrets the errors.