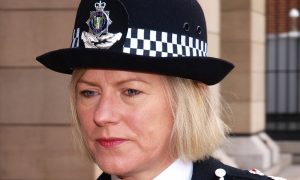 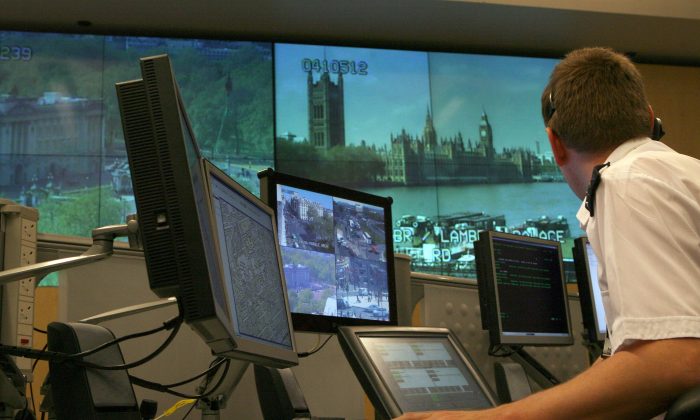 The ‘Thought Police’: Here to Stay?

LONDON—Britain used to be known for its no-holds-barred satire and outspoken eccentrics.

“Private Eye” magazine has lampooned those in authority for decades, and Speaker’s Corner in Hyde Park, London, has been host for 150 years to folks wanting to express unorthodox views. The oppressive censor, the Lord Chamberlain’s Office, was abolished in 1968; for the most part, Britain’s tradition of speaking one’s mind has been sacrosanct.

Let’s start with Kate Scottow, a mother of a 10-year-old autistic daughter and a toddler son, who was arrested Dec. 1, 2018, for “deadnaming” a transgender woman, Stephanie Hayden, on Twitter. The two women had gotten into a heated discussion, culminating in Scottow referring to Hayden as a man and—as Britain tries in vain to deal with an epidemic of serious, violent crime—three officers from Hertfordshire Police arrived at Scottow’s home and arrested her for “harassment and malicious communications.”

Scottow spent seven hours in a cell and, as of Feb. 11, hadn’t had her cellphone or laptop returned. Because legal issues prevail in this case, I won’t comment further on the possible criminality of the comments exchanged between the two, but my point is that Britain is entering into an era of “thought police” proliferating at taxpayers’ expense.

There is an acute shortage of beat cops and in the national police force in general due to government cuts—need they be occupied with disputes between tweeters?

A respected British psychotherapist, James Caspian, has just been refused a judicial review in the High Court against Bath Spa University, who had rejected his research proposal on a study of the rising number of transgender people who wish to make a reverse-transition.

In an interview with Spiked Online entitled “My battle with the transgender thoughtpolice,” Caspian recounted the astonishing scenario that he’s endured trying to convince the university to accept his research project. He was warned he could cause offense with a “politically incorrect” topic. The ethics committee advised him that his proposed work could create a wave of criticism on social media.

“I was absolutely flabbergasted,” Caspian told Spiked. He had been worried for years about restrictions on therapists, doctors, and social workers offering guidance to transgender individuals wishing to “make the journey back.” Now, it appears that the medical and academic worlds seem to consider this a heresy.

Caspian eloquently concluded, “We’ve arrived at a point today where trans has become … aligned with identity politics and the social-justice movement. I talk to a lot of people who have incredibly strong views on trans issues, to the point where they become emotionally unstable when arguing about them.”

Caspian is trying to get the courts to support his belief that the official “Memorandum of Understanding on Conversion Therapy” isn’t written in stone, and that social workers, therapists, and doctors may support those who wish to reverse their transition without being struck off their professional registers.

In another recent case that conjures up the “Big Brother is watching you” theme of the “Thinkpol” from the fictional superstate Oceania in George Orwell’s novel “Nineteen Eighty-Four” (published 1949), a longshoreman from Lincoln is being investigated for re-tweeting a limerick about transgender people.

Harry Miller, 53, was contacted by a “Community Cohesion Officer” who had checked 30 “potentially offensive” tweets and zeroed in on one line describing the body of a transgender woman. Miller was informed that he hadn’t committed a crime, but that promoting the limerick would be recorded as a hate incident.

The person who had complained had discovered the location of Miller’s place of work; and Miller, a married father of four, found himself being approached by company directors, who had, in turn, been approached by police officers. To add to the absurdity of this case, the complainant told the authorities that Miller’s employer wasn’t a safe workplace for transgender people because of his comments on social media.

The best summing-up comes from local Member of Parliament Martin Vickers: “What on earth are the police doing? … Have they not got better things to do than acting as thought police?”

In compiling these cases, I came across example after example of British citizens being cautioned because their views are deemed contrary to the “public good.”

Oxford University Chancellor Lord Chris Patten, the former governor of Hong Kong, has criticized a petition to remove John Finnis from the faculty because of his controversial views on homosexuality.

In a piece, entitled “Oxford chancellor criticizes safe space thought police,“ Patten told The Oxford Student that he had been taught by a Stalinist Marxist, but that this man, an otherwise fine historian, hadn’t “invade[d] my safe space.” He added that he has recently been to Hong Kong, where students are standing up for free speech, and finds it strange that UK university “thought police” are trying to infringe upon a wide range of academic discourse.

In February, the respected journalist Peter Hitchens was stopped from speaking at the University of Portsmouth because his views on homosexuality were deemed “not necessarily aligned with the Students’ Union’s vibrant celebration of the LGBT+ community this month.” He wrote on Twitter, “Censorship and thought policing are our future. Our schools teach their pupils what to think, not how to think. … Heaven help us when these people come into government, law and media.”

It’s notable that anger over the rise of the “thought police” goes as far back as 2013 when, in a superb piece in The Belfast Telegraph, entitled “Don’t let thought police curtail our free speech,” it was reported that a UK government minister, Lynne Featherstone, suggested the editor of The Observer newspaper and columnist Julie Burchill be fired for defending fellow-writer Suzanne Moore, who had made a comment about “Brazilian transsexuals.”

In a piece in 2018 on Zerohedge, entitled “UK thought police detaining opponents ‘for the public good,’” warning Britons about creeping thought-control, the writer detailed what he called “government censorship protecting you from reality.” One case included Lauren Southern, who was banned for life from entering the UK because she distributed material with a mischievous slogan about Allah. Columnist Melanie Phillips, dubbed “Mad Mel” by the left, wrote “The Thought Police turn men into the enemy” on the issue of misogyny being made a hate crime.

A black preacher, arrested Feb. 23 outside Southgate tube station in London for chanting about Jesus, was told by police officers handcuffing him that nobody was interested in hearing what he had to say, that they were “required” to stop his preaching, and accused him of racism (you read that correctly) because he had defended the Gospel when a Muslim passerby said the Christian Bible was an expletive. The video of the incident was viewed online 2 million times. After interventions from advocacy groups Eye on Antisemitism and Christian Concern, he was released from detention and his Bible was returned.

In September 2018, South Yorkshire Police asked the public to report anything and everything offensive, whether on social media or in a public place. This triggered a tsunami of tweets, including many comparing this to the aforementioned “Nineteen Eighty-Four” Orwell novel.

Scottish political analysis Twitter account “Wings Over Scotland” wrote, “You want me to phone the police when there hasn’t been a crime but someone’s feelings have been hurt?” Another Twitter user, Paul Winters, wrote: “Shame on you. Soon your citizens will no longer even greet one another in public for fear of reprisal. This is a bridge toward totalitarianism.”

I will stop there. Britain deserves better than the spread of thought police. Will it end? I’m not convinced.