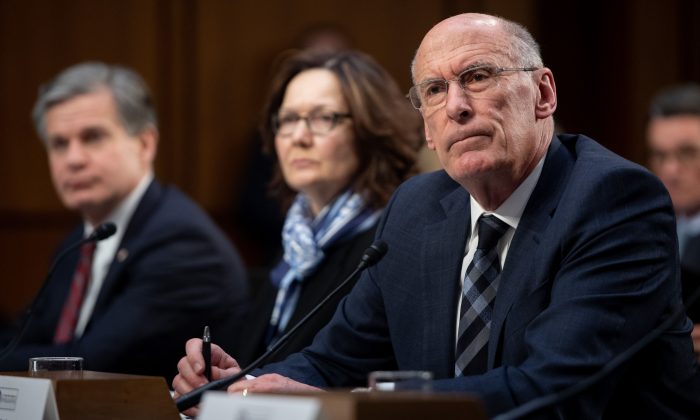 The Thing No One Is Talking About in National Intelligence Strategy

Most noticeably, there was a push to modify the emphasis of the NIS and increase the importance of global humbug—excuse me—global warming as a national security threat. I’ll write about that specifically in the near future.

What’s been missing from the news coverage almost entirely, and is screaming loudly for notice, is any level of critical analysis of what the NIS actually states and what it means for the security of everyday Americans.

Let’s start the dissection by taking a snapshot of a small section of the press release introduction to the NIS and applying some critical thinking.

• Integration—harnessing the full talent and tools of the IC [U.S. Intelligence Community] by bringing the right information, to the right people, at the right time.

• Innovation—making the IC more agile by swiftly enabling the right people, and leveraging the right technology, and using them efficiently to advance the highest priorities.

• Transparency—earning and upholding the trust and faith of the IC’s customers and the American people.”

The first two items, integration and innovation, are essentially the type of meaningless filler you find in any long government report. The right people, the right information, the right technology, the right time, because we want to do a really, really, really good job. In government, you have to have filler of this nature to increase the length of the report, because a long report is clearly more important than a short report. A short report that gets right to the point can only be produced in the private sector, where they expect results.

Integration and innovation can be immediately be filed under “B” for blah, blah. Nothing there is of any use or real significance, so let’s move on.

Now, however, we come to something deeply significant that’s been glossed over by absolutely everyone: partnerships and transparency. It requires some explanation as to what these points really mean. They seem simple but are actually cloaked in intelligence terms, and my focus is limited here to human intelligence.

We begin with the key concept of espionage in its simplest form, which is to say, recruiting a spy from another country. There are lots of variations, but here we’re talking about the basic example of a person from any given foreign country who secretly agrees to provide us with his county’s classified information that we can’t otherwise get. We don’t tell anyone else and take many precautions to keep the spy safe and keep his information flowing. He’s considered a unilateral reporting source or unilateral spy. This is the sweet spot in the espionage business and where you want all your reporting to come from, because it’s the most reliable.

One additional note on unilateral spies: They’re way more important than you might initially think. How do you find out where to point your satellite, or which phone number to tap, or which apartment is being used as a safe house, or who is the courier carrying information back and forth between terrorist leadership? How do you know what those 100 tanks sitting on the border are going to do tomorrow morning? The unilateral spies tend to keep everything moving and tell you where to look, even if they don’t have all the details themselves.

Another variation of a spy is one that we get from an overseas partner with whom we maintain a liaison relationship. The problem with this type of spy recruitment is that you can’t ever control who knows about it, nor can you ever fully trust or verify the person or his information. That’s not a condemnation of spies originating from an overseas partner, which can be of real value, but merely pointing out the clear and obvious limits and weaknesses.

Another weakness is the motive on the part of the overseas partner to give us one of their spies. In a word, it’s money. Can you trust what you get if the motive is money? This use of money as our main tactic is openly acknowledged in the NIS report, where it clearly states we are leveraging our partnerships. Leverage is an economic term: You put money in and gain control of more than what the money alone could buy. Your home mortgage used to buy a house is a classic example.

Here’s where partnerships and transparency are drawn together, and the enormous and dangerous significance to our national security exposed.

Hopefully, you are asking yourself what the advantage is of turning to our overseas partners for spies and why we would we do it when it’s so clearly flawed. It’s a simple answer: It’s legal. You’re not committing espionage or breaking any laws. If you’re not breaking laws, then you can be transparent, and this is why we are pouring our efforts into our overseas partnerships instead of the traditional and more effective espionage.

This policy was implemented by former CIA Director John Brennan, with his “modernization” of the CIA, and as far as I know, we’re the only country in the entire world stupid enough to do this. All of our enemies and most of our friends are conducting espionage against us at this very moment.