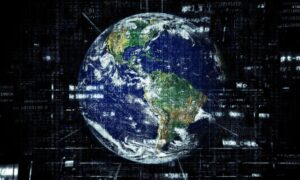 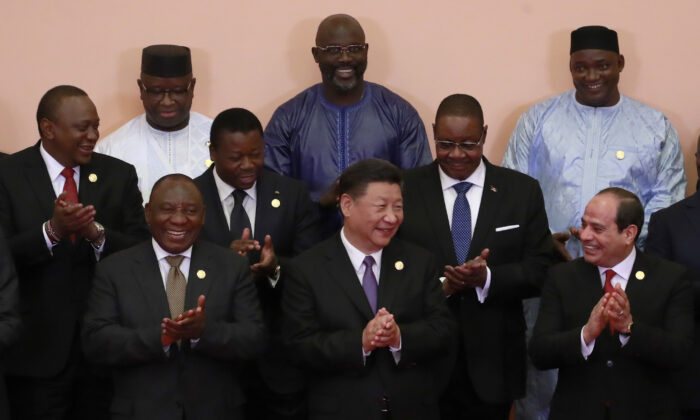 The Strategy Behind the CCP’s Global Spending Influence Operations

On May 28, President Joe Biden made a shocking note in his remarks to U.S. service members at a Virginia military base, “We’re in a battle between democracies and autocracies.” He also said that Chinese leader Xi Jinping once told him that he “firmly believes that China, before the year [20]30, ’35, is going to own America.”

Some readers might think that Biden is exaggerating, but in fact, when Xi proposed “building a community with a shared future for mankind,” he was sounding the clarion call for the Chinese Communist Party’s (CCP’s) hegemony. However, to achieve this goal, the CCP needs the support of governments around the world. Therefore, it has launched a global spending tactic known as “money diplomacy.”

Since 2013, Xi has left his footprint across five continents. His frequent overseas visits have brought foreign aid in the forms of free assistance, forgiving past debts and interest on those debts, free training for foreign students, free infrastructure, interest-free loans, and other assistance. Consequently, the Chinese people nicknamed Xi the “Big Spender.”

Under communist rule, aid to foreign countries can be traced back to the 1950s.

According to a report published by the Carnegie-Tsinghua Center for Global Policy under the Carnegie Endowment for International Peace, in 1964, the communist regime launched a campaign of “checkbook diplomacy” in many African countries in order to gain diplomatic recognition, despite the heavy burden on China’s economy.

By the end of the Cultural Revolution, large-scale foreign aid projects had become part of Mao Zedong’s monetary policy. From 1971 to 1975, foreign aid accounted for 5.9 percent of total government expenditures—and this proportion peaked in 1973 at 6.9 percent, according to the report.

Since the beginning of the 21st century, foreign debt forgiveness has become one of the important tools of China’s diplomacy.

In November 2006, former CCP leader Hu Jintao canceled heavy loan debts due by the end of 2005 for all the poor countries in Africa and least-developed countries that have diplomatic relations with China. The news came in a brief one-sentence announcement by state mouthpiece Xinhua News without further explanation.

Over the next three years, the CCP will provide $156,000 in emergency humanitarian food assistance to African countries affected by natural disasters; $15 billion in grants, interest-free loans, and concessional loans; $20 billion in credit lines; a $10 billion special fund for development financing; and a $5 billion special fund for financing imports from Africa. It will also encourage Chinese companies to make at least $10 billion in investments in Africa.

Since 2018, the CCP has strictly forbidden domestic media to report details on foreign aid, and some of the data only came to light because it was reported by foreign media. According to netizens’ estimates, from 2013 to the present, the CCP has likely spent more than $3 trillion in foreign currency. Although this data can’t be confirmed, judging from the sharp decline in China’s foreign exchange reserves, it could very well be accurate.

According to a Voice of America (VOA) report, Xi’s spending practice is no fool’s game—it’s a shrewd strategy for wealth transfer. The idea is to transfer the money that originally belonged to taxpayers into the pockets of the leaders’ own families and the second-generation reds (children of the founders of the CCP).

“The CCP’s foreign aid is generally not in cash, but in the form of a project,” according to the report.”The money is directly transferred into the accounts of multinational companies run by the princelings [descendants of senior communist officials]. They will keep most of it, and then subcontract the project. Therefore, foreign aid is actually money laundering for the CCP top leaders.”

According to a report by Radio Free Asia (RFA) on July 26, 2018, in the first half of 2018 alone, China provided approximately $353 billion in low-interest or interest-free loans to foreign governments, while setting aside just $125 million for victims of floods in 10 southern provinces of China.

“Why do we live in hunger and cold now? In the midst of a struggle, we receive no help,” Beijing human rights activist Ni Yulan commented on Xi’s foreign trip and aid.

On Aug. 2, 2018, Sun Wenguang, a retired professor of Shandong University, said in an interview with VOA that he wrote an open letter to Xi advising him not to give money to Africa. But Xi continued his “aid” and “investment.” Not only did Xi fail to accept the suggestions made in the open letter, but he stepped up surveillance on Sun.

The police broke into his home during a live telephone interview with VOA, the 84-year-old Sun was arrested, and his retirement pension was reduced.

The following are collective views of the CCP’s hidden agenda behind its big spending.

The CCP has provided loans to small and weak countries in the name of aid, with the loans being too huge to repay. After setting up the debt traps one after another, the recipient countries eventually were forced to either cede part of their sovereignty, thus allowing the CCP to intervene in their internal affairs, or transfer ownership and/or lease of certain regions and infrastructure, thereby allowing the CCP to achieve the goal of “occupying a strategic foothold.”

For example, Hambantota Port, an important port in Sri Lanka, was ceded to the CCP via a 99-year lease, while Pakistan will transfer to the CCP 91 percent of its operating income from its Gwadar Port over the next 40 years. These ports are a critical strategic and economic footprint in the Indian Ocean for the CCP’s military expansion.

In addition, the CCP is currently stepping up its activity by leveraging its loans to infiltrate small South Pacific countries such as Papua New Guinea. The purpose is to gain a foothold in the Pacific region and break through the first and second island chain blockades. The CCP intends to expand its military to the East Pacific region, including Australia and New Zealand, which could also be viewed as a threat to weaken the influence of the U.S. Navy and Air Force.

Marxist economic determinism is the golden rule for the CCP. Money is the fastest way to gain international influence.

Even though a large proportion of China’s population still leads a life of poverty and the domestic economy is on the verge of crisis, the CCP spares no effort in spending money to buy political influence with foreign politicians and create media opinions that favor the regime.

A secret strategy to gain hegemony

Why is the CCP actively expanding and exerting its sharp power through the Belt and Road initiative? The fundamental purpose is to dominate the world. In his book “Hundred-Year Marathon,” Michael Pillsbury, director for Chinese strategy at Hudson Institute, revealed the CCP’s “secret strategy to supplant the United States as the world’s dominant power by 2049, the one-hundredth anniversary of the founding of the People’s Republic.” Although the CCP rejected the idea, its ambition for hegemony is well known.

Divide U.S. allies while the United States is reviving its national power

In the past few years, the United States has weakened in terms of economic and military strength. Therefore, under the name of the Belt and Road Initiative and Asian Infrastructure Investment Bank, the CCP raced to expand its influence around the globe while alienating and even confronting the United States economically and politically.

The so-called economic aid to foreign countries was, in fact, exploited by the CCP princelings. In other words, countries that received the CCP’s aid were required to hand over all infrastructure projects. Chinese tax dollars were said to aid foreign countries but secretly allocated back to the CCP’s vested interest groups.

Gu Feng
Gu Feng is a former media veteran from mainland China who spent many years reporting on the country’s political, economic, and social issues. He is now living in the United States.
TOP NEWS