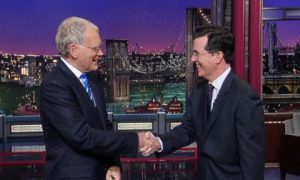 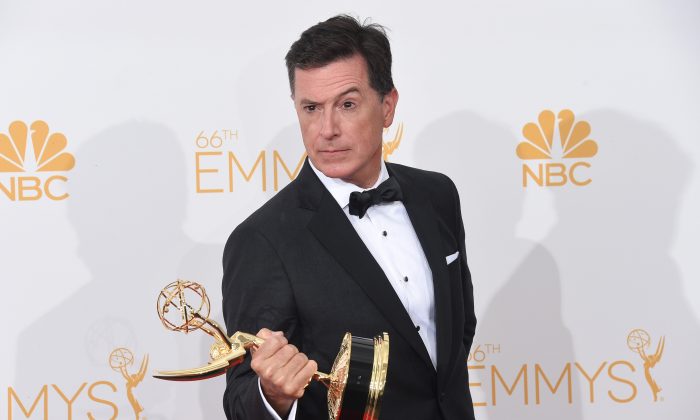 By Sophia A. McClennen
biggersmaller
Print

If you were following politics over the last few election cycles, you were most likely getting some of your information from satire. In fact, research has shown that in today’s political climate, satire has become one of the most influential sources of public discourse in our nation – especially for younger voters. Sometimes, satirical news shows even create news of their own that’s later reported on by mainstream outlets.

A number of comedians have played a significant role in advancing the centrality of satire in public discourse today, but I would argue that Stephen Colbert might well have been one of the most important of all. This is why the end of his show – The Colbert Report – marks a turning point in our nation’s political satire.

What will the show’s legacy be? And what’s next?

Colbert created an extraordinary character: a right-wing, bloviating pundit who was both outrageous and adorable. When Colbert ended his nine-year run of The Colbert Report last night (so he could take over The Late Show from David Letterman in May), he put this character to rest. Colbert’s persona was largely based on Fox News’s Bill O’Reilly, but it also drew inspiration from a number of right-leaning pundits, including Glenn Beck and Rush Limbaugh. He also sprinkled his own charm and charisma into the character.

According to Colbert, he was portraying “a well-intentioned idiot.”

In-character satire is a very unique form of comedy because it demands that its audience thinks critically. Jon Stewart, for instance, does straight satire. While he uses irony and puns, he speaks as himself. Colbert, in contrast, added another layer of complexity to his satire because he embodied an exaggerated version of what he was critiquing.

As Colbert explained in a Rolling Stone interview: “Jon deconstructs the news in a really brilliant comedic style. I take the sausage backwards, and I restuff the sausage. We deconstruct, but then we don’t show anybody our deconstruction. We reconstruct – we falsely construct the hypocrisy. And I embody the bullshit until hopefully you can smell it.”

The Colbert character offered the public a series of unique features of satirical comedy. First, and perhaps most importantly, Colbert played a hyper-patriot. He was, to use one of his neologisms, “Megamerican.” That stance offered the left a much-needed opportunity to reclaim patriotism. When Colbert first launched his character the right had an almost completely monopoly on patriotism – so much so, that a critique of the right was often cast as treason.

Colbert, along with the Colbert Nation – his audience of hardcore followers – offered an alternative that was both funny and nuanced.

Next, by embodying a pundit, Colbert was able to critique the dangers of the hyperbolic, divisive, and inflammatory nature of most punditry. Time and again, Colbert reminded viewers that a nation that votes out of fear is not a healthy democracy.

This leads directly to a third crucial aspect of his persona: the unique ways it fostered critical thinking and engaged discourse. As I explain in Colbert’s America and in Is Satire Saving Our Nation?, one of the key features of Colbert’s satire has been the way he works to expose logical fallacies, faulty arguments, and false binaries. One of the best examples of this was his recurring segment “the Word,” where Colbert delivered a prepared monologue as text bullets flashed on a graphic to his right. It forced the audience to navigate this information in a way that was critically engaging: to find the humor, the viewer needed to identify hypocrisy, doublespeak, and puns.

“The Word” was a recurring segment where Colbert delivered a prepared monologue as text bullets flashed across the screen, forcing the audience to navigate this information in a way that was critically engaging and intellectually stimulating (and hopefully funny!). In the clip above, President Obama delivers “The Decree” – a play on Colbert’s schtick.

Now that Colbert’s show (and character) has ended, many are wondering about his legacy. Did he change the world? Or did he merely offer a fun diversion from it?

True to form, Colbert refused to give a definitive answer.

First he told viewers: “I promised you a revolution and I delivered.” But then he switched gears, saying, “I did something much harder than change the world. Folks, I samed the world.”

Colbert was referring to the ways that many of the crises he satirized are still very much present today: a political oligarchy dominated by the Bushes and the Clintons, a vicious debate about torture, an ongoing war in Iraq, a harsh political rhetoric that shuns compromise, and more.

Colbert’s point? Satire is but one tool in a complex political landscape; it neither controls nor influences politics to the degree that some imagine. After all, he doesn’t work for “Influence Central,” as he joked.

Instead, his job was to be a comedian – And one who inspired his audience to think critically, to resist the status quo, and to question accepted truths – but he also believed that his primary goal was to entertain.

As he (jokingly) put it: “If all we achieved over the last nine years was to come into your home each night and help you make a difficult day a little better – man, what a waste.” Indeed, as viewers learned over the years of The Colbert Report, the release satirical comedy offers is never a waste.

And sometimes, when all goes right, satire combines comedy with just the right amount of political insight and populist energy to make a real difference in how the public understands its most pressing social issues of the day.