The States With the Best and Worst Economies 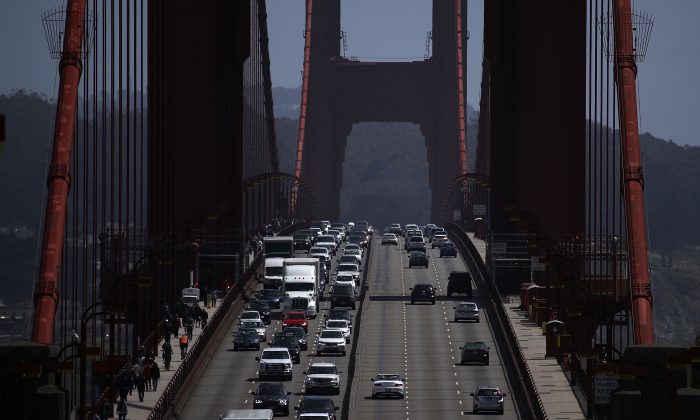 Northbound traffic is shown on the Golden Gate Bridge in Sausalito, California on May 1, 2018. (Justin Sullivan/Getty Images)
By Emel Akan

The United States has the biggest economy in the world, with $20.4 trillion of gross domestic product (GDP), but some states are greater contributors than others.

In order to determine which states are pulling the most weight, the personal finance website WalletHub compared the 50 states and the District of Columbia based on their economic health, performance, and innovation. The states were evaluated using 28 metrics, including GDP growth, startup activity, exports per capita, quality of the legal system, and employment data.

According to the study, Washington tops the list as the best state, Utah ranks second, and Massachusetts rounds out the top three.

The performance of the top three states is driven by factors like high GDP growth, an abundance of fast-growing firms, high exports per capita, and a large number of inventor patents, WalletHub said.

“What surprised us and stood out in this year’s report was the fact that California came in fourth despite the fact that it was the fifth-largest economy in the world,” said Jill Gonzalez, an analyst at WalletHub.

California has become the fifth-largest economy in the world, surpassing countries like the UK, France, and India. A thriving technology sector and Hollywood contributes the most to California’s growth.

Despite its massive economy, however, California could not crack the top three because of its high underemployment rate (11.3 percent, ranked 48th) and low median annual household income ($45,236, ranked 47th), according to Gonzalez.

Another big surprise in the rankings was the District of Columbia, which ranked sixth, surpassing big economies like Texas and New York.

“The key drivers of D.C.’s performance are fast-growing firms, a 2.77-percent growth in number of businesses in the last year, high building permit activity, and about 10 percent of its workforce being STEM [science, technology, engineering, and mathematics] professionals, for all of which D.C. ranked first,” said Gonzalez.

Nevada is the best place to start a business, the study notes. Startups tend to choose Nevada mostly because it offers a lower cost of living and tax breaks.

“For LLCs, there are no franchise taxes, and Nevada doesn’t require business owners or shareholders to be residents of the state,” said Gonzalez.

The study reports that Louisiana, Mississippi, and Alaska are the lowest-performing states, due mainly to two factors: low economic growth and innovation.

Even though Louisiana has the highest exports per capita, the state has a government deficit of $990.62 per capita, and few investments in research and development spending, said Gonzalez.

And Alaska, a state with valuable natural resources, is struggling with the highest unemployment rate in the country, at 7.3 percent.

The most effective ways for state and local governments to boost their local economies are cutting red tape and investing in the workforce, according to experts.

“The burden of regulation is usually borne by small entrepreneurs who have less resources to comply,” he said. “This prevents the creation of new small businesses, which at the local level can be key providers of jobs.”

State and local officials can help boost their economies by investing in their people, said Todd Gabe, professor of economics at the University of Maine. In order to invest in the workforce, Gabe thinks the states need to support education at all levels and help low-wage workers upgrade their skills.

“We have a great workforce. I have invested $250 million in workforce development in the last two years,” said Kentucky Gov. Matt Bevin (R).

In order to encourage more investments, an additional $250 million will be provided over the next two years, he said.

Offering tax breaks and other incentives to businesses may attract more companies and jobs, but the evidence is mixed as to the effectiveness of these breaks and incentives, experts say.

Low costs help the regions grow, but “business costs such as energy and labor costs tend to matter more to businesses than taxes,” Gabe said.