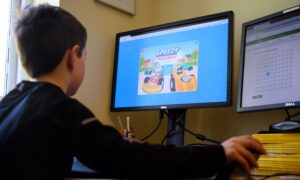 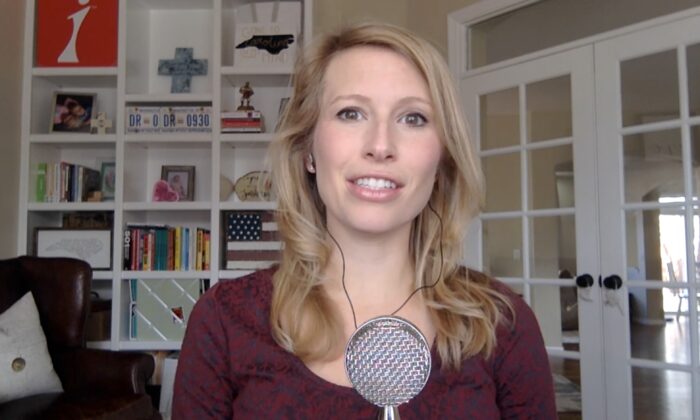 Hadley Heath Manning, policy director of Independent Women’s Forum, a leading national women’s organization, told The Epoch Times that on the issue of school reopening, people are too concerned with the virus itself while failing to recognize the risks that come with school closures, which is a “serious miscalculation.”

“Focusing so much on the risk of this particular disease, I’m afraid, has taken our eye off of the risks, so many other things that come from social isolation,” Manning said during the interview with The Epoch Times’ “American Thought Leaders” program.

Manning explained that lockdowns can cause many other risks such as mental health problems, substance abuse, and delayed health care for some elective procedures or chemotherapy for cancer patients, and so on.

She suggested that the current response to the CCP (China Communist Party) virus, also known as the novel coronavirus, “comes with a cost not just in terms of human progress or money for the economy, but it comes with a cost for our human lives, for our life expectancy, for our enjoyment of life.”

“So that’s a very serious miscalculation.”

Manning pointed out that from early on, it’s been recognized that children are the least impacted group from a “health perspective.”

Referring to studies and reports from the Journal of Pediatrics, the Lancet, and Health Affairs, she said they suggest “that school closures have more risks, more downsides, more harms to students and are not justified that school should be reopened for in-person learning.”

Manning also pointed out that the modeling was confirmed by studies from other countries, such as Ireland, Australia, and Sweden.

“Swedish schools were even open last spring, the spring of 2020, and what they found was zero deaths resulted,” she said.

Manning went on to say that a study in Health Affairs suggested that school closures actually lead to a higher incidence of COVID-19 in a community. She thought the reason might be that in classrooms students are being very cautious, suggesting that might not be the case outside of that controlled environment.

Kids being unable to perform as usual in their classrooms is only one piece of the puzzle, she said. “I think maybe an even bigger piece is the mental health of students.”

In reference to mental health issues, Manning gave the example of the Las Vegas school district. The Nevada Clark County district was forced to reopen because 18 students committed suicide during the school closures. The youngest was only 9 years old.

Manning pointed out that “schools, for better or worse, serve as community hubs that work beyond their mission of educating children.”

Without an open school facility, some children have fewer places to go to “escape what might be a very toxic home life.”

Manning also pointed out that the pandemic “has exacerbated inequalities in our society.”

She explained there are inequalities between men and women, as well as between people in essential wage jobs and those who have more “resources.”

While people in essential wage jobs have to leave the home and cannot ensure their children’s virtual learning, those with more resources will have kids go to private learning pods or private schools to have in-person learning.

“We’ve got to put schools at the very front of the line in terms of essential services that we have to keep open, even if it means putting more restrictions on other industries,” Manning claimed. “Because education is just a backbone of our society and feeds really the workforce of the future.”

“I don’t know that there’s really a one-size-fits-all when it comes to the right state or local policy. But I think, you know, schools that have managed to stay open, have done a great service to their students. And they’ve really avoided some of these terrible outcomes, in terms of the mental health impact.”

Rochelle Walensky, Director of the Centers for Disease Control and Prevention (CDC), said Monday morning that the CDC would release guidance in the coming days so that schools can reopen “safely and well,” and “data suggests that very little transmission is happening within the schools, especially when masking and distancing are occurring.”