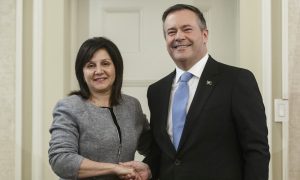 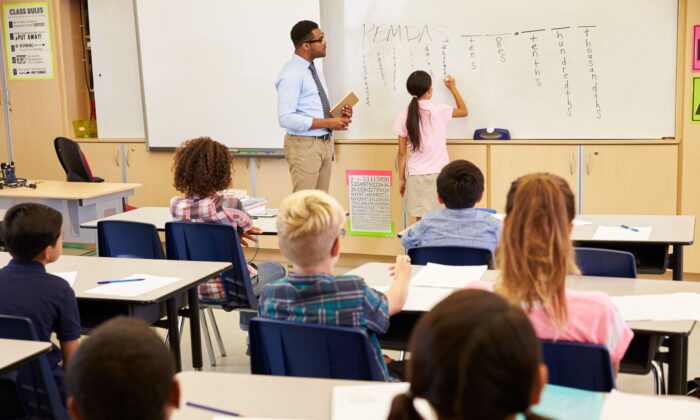 Students learn best when they are immersed in a content-rich learning environment that builds up their background knowledge. (Monkey Business Images/Shutterstock)
Viewpoints

The Science of Teaching and Learning Is Quite Clear

Instead of making students memorize a bunch of useless facts, we need to help them think like scientists and historians. This is best accomplished by an inquiry-based learning approach that allows students to guide their learning process and discover key concepts on their own.

Does this make sense to you? It probably does if you’ve recently attended a faculty of education, an institution where teachers are trained. Not only that, but this message is also what teachers are usually told at their regular professional development sessions.

The problem is that this approach is wrong. Not just wrong by a little, but by a lot. Despite claiming to be based on solid evidence, the real science of teaching and learning actually points in the opposite direction.

In fact, students learn best when they are immersed in a content-rich learning environment that builds up their background knowledge. Practice is also a key part of helping students master new skills. Learning is hard work and for this reason alone it is important for teachers, not students, to set the direction in the classroom.

Cognitive psychologist Dr. Daniel Willingham outlines much of this evidence in the recently released second edition of his classic book, “Why Don’t Students Like School?” In it, Willingham shows that cognitive psychology clearly outlines several things that teachers need to understand.

First, background knowledge is the key to reading comprehension. You are far more likely to understand a book or article if you already know something about the topic at hand. If there are too many unfamiliar words or concepts, you probably won’t understand it. Obviously, the more you know about a topic, the easier it becomes to learn more.

Second, Willingham notes that it makes sense for students to practice their multiplication tables and to memorize the spelling of commonly used words. Why? Because lack of space in working memory is the key bottleneck in human understanding. In other words, students who do not know their math facts find it very difficult to solve more advanced problems because they end up wasting valuable mental capacity on something that should be automatic.

Although most education professors and many educational consultants often deride repetitive practice as “drill and kill,” the fact is that this technique provides the foundation for deeper learning. We do our brains a significant favour when we commit basic facts and skills to memory. It may not be very exciting to practice doing the same thing over and over, but it pays off in the long-term.

Willingham also points out that it takes scientists and historians many years of study and practice before they become experts in their fields. There is no such thing as a generalized “expert way of thinking” that transfers seamlessly across subject areas. Expertise is something that comes with many years of practice, and it is unrealistic to expect students to develop expertise in a short period of time.

The difference between chess experts and chess novices is an illustrative example. As Willingham explains, “it appears that much of the difference among the world’s best chess players is not their ability to reason about the game or to plan the best move; rather, it is their memory for game positions.”

Simply put, chess experts have committed a huge number of game positions to memory and this frees up space to think about a winning strategy in the game they are playing. Contrary to what many people assume, there is no generalized expert chess strategy. Genuine expertise in chess comes from extensive familiarity with a variety of board positions.

According to Willingham, the best chess players have approximately 50,000 board positions in their long-term memories. This is why expert players remain proficient in blitz tournaments where game time is significantly reduced. Because of the sheer number of board positions committed to memory, expert players are able to make decisions in fractions of a second while novices are forced to waste valuable time thinking through basic moves.

The implications of cognitive psychology for schools are clear. Teachers should spend more time providing direct instruction about important knowledge and skills and less time trying to get students to think like scientists and historians. Inquiry learning has its place when students have a reasonable amount of knowledge about a topic, but it is virtually useless at helping students learn about brand new concepts.

Memorizing facts still has an important place in schools. So does practicing skills. The science of teaching and learning is very clear about these simple facts.