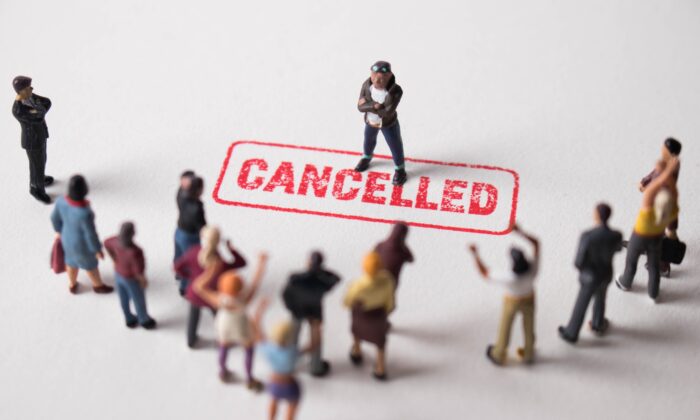 Governor Ron DeSantis has a theory about those 87,000 new tax collectors, some of whom will be armed, as unleashed by the latest legislative triumph of the monopoly party ruling Washington today. He believes that they will be political agents. They will target the middle class in particular, with the hopes of punishing those people who dared vote for the other party.

The theory is not crazy. Tax collection in the whole of human history has always been about politics as much as it is about state finance. If the party in power can enlist a brutal gang of bandits on the public with the legal right to seize as much as they can find, they will do so. They always have.

To add more credibility to this claim, consider the events of the summer of 2021, when the Biden administration suddenly and implausibly decided that the pandemic was the fault of the unvaccinated. It was never true and within months that became incredibly obvious.

How could they have made such a disgusting and false claim? It began with a New York Times story, copied within days by the Biden administration, that teased out some data on who was getting vaccinated and who was not. They found a disproportionate number of the people who refused the shot were in red states, which is code for likely Trump voters. At the time, virus data was showing that the hot zones were in red states.

Connect dots: red states, Trump voters, low vaccination rates, high infections. Bingo: Trump voters are making the whole country sick! To be sure, this is a loathsome claim, false on many fronts. For example, why would the NYT run the data based on states rather than other demographic data? Minority populations in red states who voted for Democrats on the margin were the most unvaccinated groups of all. But that didn’t matter for the purposes of the NYT: they chose political rather than demographic designations.

Another factor was the seasonal and migratory patterns of the virus itself. It was hot in the South in those dog days but within a month or two, the pattern changed and landed in a host of Midwestern blue states, before moving back North again for the winter when it absolutely ravished the Biden-voting and fully vaccinated elite populations in the Zoom class. By then, the claim that this was a pandemic of the unvaccinated was long gone.

But the point remains: they attempted to use the presence of infectious disease as a political ploy to demonize political dissent. This is an incredible scandal. It’s immoral. It’s evil. It’s next-level rotten but reveals exactly what these people are capable of. At some point, Trump hatred became a wild pathology disconnected from all reality and rationality. They swore eternal revenge. I don’t know how to explain this.

So are the Democrats and their administrative-state cheerleaders willing to deploy the mighty legal force of the tax bandits to punish political deviants? Honestly, there can be no question about it.

Here’s the problem. For many people on that side of the fence, irrational loathing of Trump has become entirely ritualized as an in-group signaling device. There is a liturgy associated with this pose. One must be whipped up in a constant frenzy, post signs on one’s front yard with the latest thing, be ready to don an N95 and face shield whenever there is any sign of a virus, force the kids to cover their faces, and engage in every manner of nonsense to show off one’s loyalty.

Another quick example concerns the plight of George Washington University professor Dr. Leana Wen. As former head of Planned Parenthood, she has impeccable left-wing Bidenite credentials. She spent the better part of two years drumming up disease panic. She pushed universal masking. At one point, she went on a CNN-broadcasted campaign for the unvaccinated to be forced never to leave their homes!

Then a few months ago, she became struck by a bout of calm rationality. Forget the masks and forget the discrimination, she said. Open the schools and go about life normally. We need to stop destroying our lives in the guise of pathogenic avoidance. Why did she switch? The data was clear, the destruction of the other path was too great, and probably she saw the need to be first out there with a new message to help save the entire bogus project of lockdowns and mandates.

But immediately, wow, the reaction from her own tribe was ferocious. Twitter made it obvious. She was accused of heresy and apostasy. Why had she flipped to the other side, people demanded to know? Forget the evidence and forget the freedom to change one’s mind. She was declared the enemy, simply for holding a different view.

A meeting of the American Public Health Association in November is scheduled to draw 12,000 attendees. Leana was supposed to be one of the speakers. But attendees organized a letter of… protest! It has been signed so far by 500 people who were scheduled to come. In other words, she has been canceled for daring to change her mind! The people in attendance simply cannot be expected to hear a point of view slightly different from their own!

Wait, what about the two years she spent carrying water for the lockdown tribe of Covidians who believe that every manner of coercion is justified in the name of rooting out the virus from society? It counts for nothing. There is no building up any reputational capital among this gang. One deviation and they slit your throat. That’s how crazy this has become.

There are many books on this topic but my favorite is from 1922: Sigmund Freud’s astonishingly brilliant “Group Psychology and Analysis of the Ego.” “The psychology of such a group … —the dwindling of the conscious individual personality, the focussing of thoughts and feelings into a common direction, the predominance of the emotions and of the unconscious mental life, the tendency to the immediate carrying out of intentions as they emerge—all this corresponds to a state of regression to a primitive mental activity, of just such a sort as we should be inclined to ascribe to the primal horde.” This primal horde “wishes to be governed by unrestricted force; it has an extreme passion for authority.” It has “a thirst for obedience.” Their enforced doctrine “is not based upon perception and reasoning but upon an erotic tie.”

If you have never read Freud, this is a good place to start. So far as I’m concerned, anyone in public life needs to read this book. It explains “cancel culture” entirely. It reveals how a group—which does not genuinely exist in any durable form and is therefore consumed with fear of its own annihilation—can be so inviting and charming on your way in but then switch and become so brutally immoral if you dare to deviate on your way out. This is why the military promises you can be “all you can be” when you sign up but shoots you in the head if you desert.

Poor Leana dared to deviate just slightly and therefore she has to be made an example of lest the life and meaning of the entire primal horde is threatened. The same dynamic takes place in any group, from the local garden club to the smallest religious congregation, but it is all the more intense in politics when the stakes are so high.

In other words, we are truly at the moment of ferocious enforcement of opinion and allegiance. All means to the end of complete political control are justified. Facing a possible death in November, the primal horde is right now on a wild rampage, targeting the out group and also anyone from the in-group who would dare to think on his or her own. It’s an exceedingly dangerous time, and we would be naive at this stage to interpret anything coming from the regime in power as motivated by anything less than revenge.

Representative government has mutated into the sadistic state. This will not end soon or well.