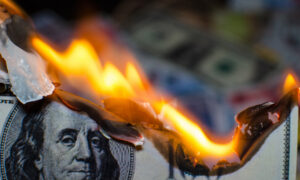 The Cantillon Effect: How the Monetary Elite Is Siphoning Your Wealth
0
Share Now
TelegramFacebookTweetEmailTellMeWeReddit
Copy Link 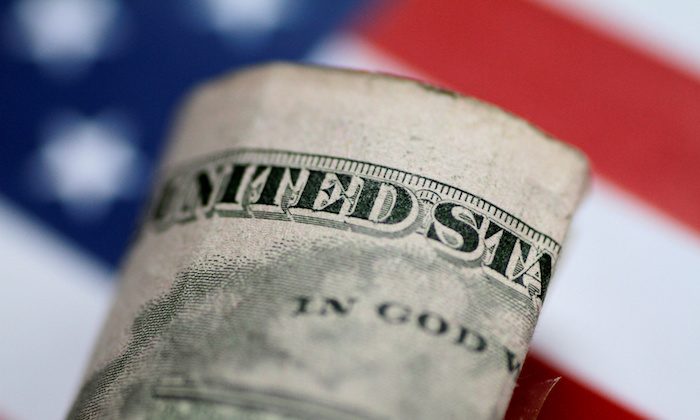 NEW YORK—Every human being manages money, at least a tiny little bit of it. But there are a handful of people whose job is to handle massive, titanic, mind-blowing sums of it.

Vanguard Group’s Rodney Comegys, for instance, oversees a cool $3.1 trillion. To put that number into perspective, only four nations on the planet have a GDP bigger than that.

But how exactly do you get started on the road to managing such massive wealth? We talked to a few prominent money managers about their career beginnings, very far indeed from the executive suites of Wall Street.

After all that, I reported on board the USS Archerfish. You are underwater for months at a time, so you are really disconnected from the world. Career-wise there are two things going on: You are leading people, and you run operations. So I helped lead a team of seven that took care of reactor chemistry. At the same time, I had the responsibility of standing watch and having oversight of the reactor while at sea.

I didn’t really get claustrophobic, because those ships are bigger than people think. They are three stories high, so it’s like working in a factory environment. There was not a lot of communication—we were only allowed to receive 50-word “family-grams.” Thankfully there were never any crises like in “The Hunt for Red October” or “Crimson Tide.”

I think about three things from my time on the sub. I learned about great leadership. I learned about relationships, because you have to get along with everyone. And I learned the technical aspects of running a sub, how to break problems apart and solve them. After all, you are being given the keys to a $1 billion ship with torpedoes and a nuclear reactor. That’s a lot of responsibility for a 22-year-old.

I grew up in Mexico City, and as a high schooler with no money, I had to figure out a way to get a car. All of my friends had started to get cars, and I was jealous because I wanted to be one of the cool kids.

Mexico City was actually a big hub for Volkswagen Beetles back then. A big percentage of the worldwide production was made in Mexico, for Mexicans. They were everywhere. So a gentleman told me if I helped him fix up some old Beetles, eventually he would give me one. That was my incentive. After about a year of working as a mechanic, I got my own 20-year-old Beetle with a leaky roof.

Back then there were no YouTube tutorials or anything, so you had to learn everything from older mechanics. It was very mathematical, being able to understand all the different engine parts and how they worked together. My biggest takeaway was trial and error: You try something, and it may work out or it may not. But in both cases you learn something and move on to the next challenge.

I developed a pretty good intuition. If you gave me a 1968 Beetle right now, I would probably be able to fix it. But something like a Tesla, where everything is electronic, I wouldn’t even know where to start. I have no clue.

The first job I actually wanted was at a dry cleaner’s around the corner from our house in Queens. I had just turned 14 and I wanted to make my own money. But I had prototypical immigrant parents for whom school is everything, so I wasn’t able to do that.

It wasn’t until my third year of college that I got a job for Morgan Stanley, which was just down the road. They needed someone to answer phones, and paid $10 an hour, which in 1996 seemed like a lot of money. I liked it because I could make money for textbooks, and get some studying done at the same time.

I noticed they were doing all their trade clearing and settlement on paper. As an engineering student, I offered to digitize their paper system into software applications that were easy to use and would reduce mistakes. I figured I would just learn how to code. My manager said go for it, and that was my introduction to the world of financial services.

Immigrant parents are famous for telling their kids what to do, and my dad really wanted me to be an engineer. But plot twists are what make life interesting, and I found that investing was what made my brain happy. I worked on my dad over the years, but before he passed away, he would still look at me with a raised eyebrow.