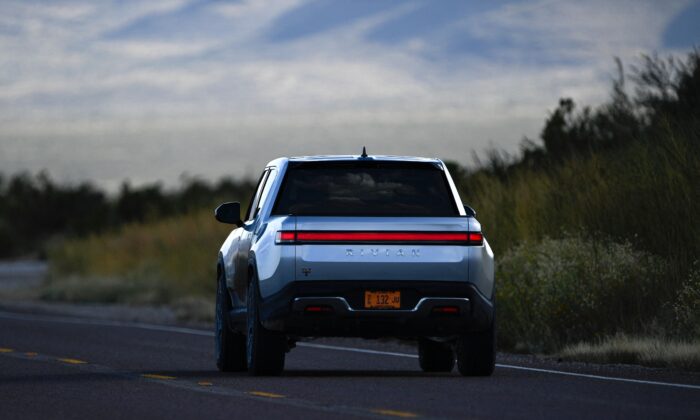 A Rivian R1T electric truck drives down a highway near the entrance to Blue Origin's Launch Site One outside of Van Horn, Texas, on Oct. 12, 2021. (Patrick T. Fallon/AFP via Getty Images)
Markets

The Rivian IPO: What You Need to Know

Electric vehicle maker Rivian Automotive, Inc. NASDAQRIVN is all set to list its shares on Wall Street this week, having amended on Friday the Form S-1 statement originally filed on Oct. 1.

Rivian’s IPO Terms: Rivian proposes to offer 135 million shares of its Class A common stock in an initial public offering, with the price estimated in the range of $72–$74 apiece. Depending on the final pricing, the offering could garner gross proceeds anywhere between $9.72 billion and $9.99 billion.

Rivian has also provided its underwriters an option to buy 20.25 million shares to cover overallotment, if any. If the overallotment option is exercised, the offering could potentially raise $11.18 billion to $11.5 billion.

At the mid-point of the IPO price, the company is valued at $64.4 billion, given it will have 882 million shares outstanding post the IPO.

Rivian has applied for listing its shares on the Nasdaq under the ticker symbol “RIVN.”

Morgan Stanley, Goldman Sachs and JPMorgan are the lead underwriters for the offering. Rivian expects to use the net proceeds for working capital, to fund growth and for other general corporate purposes.

Both Ford Motor Company and Amazon, Inc. have invested in Rivian, with the former’s investment now up to a total north of $1 billion.

Rivian’s Business: Rivian is engaged in the business of EV manufacturing and accessories. The company sells directly to both consumer and commercial markets.

The company’s product pipeline consists of RIT, an EV pickup truck, which it began delivering to customers in September. As of Oct. 30, the company produced 180 R1Ts and delivered 156 R1Ts, with the bulk of it going to the company’s employees.

Rivian expects to ramp deliveries to third-party customers by increasing its production rate.

The company noted that at the end of October, it had preorders of about 55,400 R1Ts and R1Ss. It expects to fill the preorder backlog by the end of 2023.

Rivian estimates cash and cash equivalents to be $5.25 billion to $5.150 billion at the end of the September quarter.