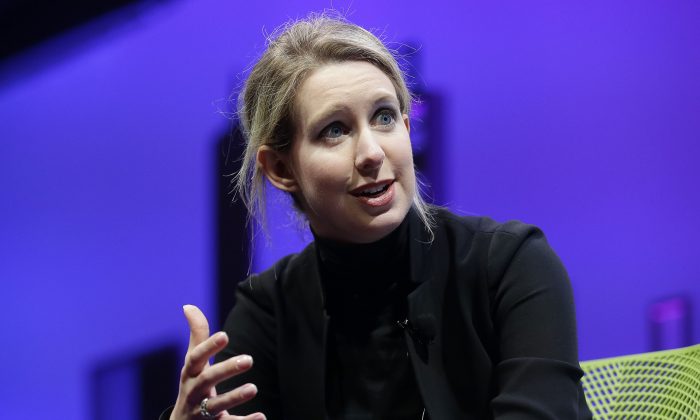 The Rise and Fall of a Disruptive Company

Elizabeth Holmes, founder and CEO of Theranos Inc., disrupted the blood testing industry and became the youngest self-made woman billionaire. Like any disruptor, she has faced criticism and now the whole world seems to be against her.

“She went into the field of laboratory medicine without any kind of understanding of the strict regulatory environment,” said Dr. Patricia Jones, the president of American Association for Clinical Chemistry (AACC).

Holmes was only 19 years old when she founded Theranos in Palo Alto, California. She dropped out of Stanford University and jumped right into the startup world.

Theranos invented a new blood testing device called Edison. The device could perform hundreds of tests with just a few drops of blood rather than vials of blood. It replaced needle jabs with finger pricks and claimed its tests were easier and much cheaper than conventional methods.

Holmes made the first breakthrough by convincing investors to support her invention. She raised around $6 million, which valued her company at $27 million in 2005.

Holmes worked seven days a week and did not take any vacation from the day she started Theranos.

“I have trained myself to sleep very little hours,” she said during an interview at Stanford University in February 2015.

Holmes stayed very quiet about her business. She was not well-known until she first appeared on the cover of Fortune magazine in June 2014 and announced that Theranos had reached 500 employees and a valuation of $9 billion.

With 50 percent ownership in Theranos and a net worth of $4.5 billion, Holmes was listed as the “world’s youngest self-made woman billionaire” by Forbes in October 2014.

Holmes was a big fan of Steve Jobs, wearing black turtlenecks like him and applying his approach to product secrecy, according to media reports.

“She grew up in Silicon Valley, where you keep everything as a secret so nobody can steal your ideas. But that is not how it works in laboratory diagnostics,” Jones said.

“You have to properly prove that your instrumentation works.”

Hence, Holmes was often criticized for not publishing any data in peer-reviewed journals.

She appointed prominent names to the board of directors and the advisory board including former secretaries of state Henry Kissinger and George Shultz.

“She stacked the board with former politicians who had no experience in FDA-regulated industry and, in particular, laboratory testing,” said Michael Wienholt, principal consultant at Halloran Consulting Group.

“The managers and operational directors of the company were inexperienced too,” he said.

“It is pretty amazing what you can actually test on a few drops of blood,” said Jones.

“But I think what was not giving the correct results was the combination of using the very small volume of blood on an unproven instrument,” she said.

Based on information gathered from former employees, WSJ claimed that less than 10 percent of blood tests were actually performed on the company’s proprietary device Edison, with the vast majority done on traditional machines purchased from companies like Siemens AG.

Holmes called the WSJ “a tabloid magazine” and refuted the allegations.

Theranos came under fire and became the subject of several investigations by the Food and Drug Administration (FDA) and Centers for Medicare and Medicaid Services (CMS).

“The regulators do not have enough resources. However, they redirect their resources when there is an identified issue. And the WSJ report instigated those inspections,” Wienholt said.

In January this year, the federal regulators issued a letter to Theranos stating the company violated quality standards and put patients in immediate jeopardy. The regulators later imposed sanctions, including banning Holmes from owning or operating a medical laboratory for at least two years.

“I believe that the government regulatory agencies are in fact acting quite fairly. They are concerned about patient safety so they absolutely have to act with that in mind,” said Jones.

Theranos also announced it was the subject of a criminal investigation by the U.S. attorney’s office and a civil investigation from the U.S. Securities and Exchange Commission in April.

Forbes announced that Holmes’s net worth had dropped from $4.5 billion to zero.

The drama of Theranos inspired Hollywood as well. A movie by Adam McKay, the director of “The Big Short,” will be coming to the big screen, with Oscar-winner Jennifer Lawrence playing Elizabeth Holmes, according to media reports.

A San Francisco hedge fund and one of the biggest investors of Theranos, Partner Fund Management, filed a lawsuit on Oct. 10, accusing Theranos and Holmes of misleading investors. Theranos raised about $800 million from investors, and the lawsuit is seen as the first sign of rising shareholder discontent.

The company recently announced it would close its clinical labs and wellness centers and lay off 340 employees, roughly 40 percent of its workforce. Theranos will focus on manufacturing the miniLab, its new diagnostic equipment, instead.

However, miniLab is not enough to keep the embattled company afloat as it is not a unique technology, according to Wienholt.

“So I think the company is doomed,” he said.