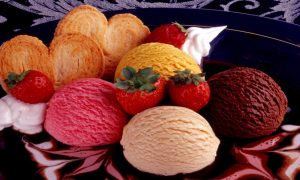 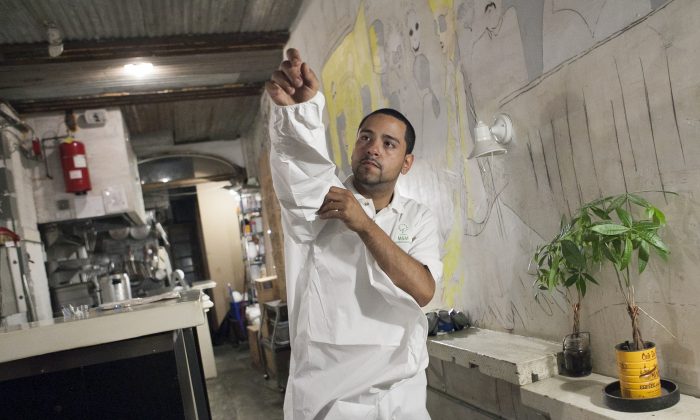 NEW YORK—Health department fines have cost the owner of a popular Lower Manhattan restaurant $3,000 a year. Following a barrage of inconsistent health inspections, coupled with high operating costs, and rats, she decided recently to close her doors.

“Running a restaurant is really hell here,” the owner told the Epoch Times, speaking on the condition of anonymity.

“For small restaurants it’s really hard to pay that much in fines. It’s really expensive to do business here,” she said, “And we had a lot of problems with rats. You can’t do much about it. They just keep coming back.”

The owner said the city should do something to help restaurants get rid of rats, because the problem is so widespread, and because the health department makes so much from fines.

In certain parts of Manhattan, up to 50 percent of restaurants were cited during health department inspections in 2013 for violations involving rats or mice.

On the Upper East Side for example, between 86th and 97th streets, 50 percent of the 154 restaurants were cited for evidence of rodents, according to 2013 Health Department data analyzed by independent data journalist Steven Melendez for the Gothamist.

According to Bobby Corrigan, one of the nation’s most renowned rodentologists, New York City is the “USA’s No. 1 Pestropolis.” Corrigan joined the city payroll as a full-time research scientist in 2007—tasked with helping reduce rat populations.

The city Health Department did not respond to requests for recent restaurant grading statistics.

An estimated 90 percent of New York City restaurants leave their kitchens dirty overnight for the morning crew to clean, according to Timothy Wong, the technical director at M&M Pest Control on the Lower East Side. “They are just too tired to clean,” he said.

“When you go there, you see food all over the kitchen, trash not thrown out,” he said. “The mice, rats, and roaches have a feast.”

Wong is a board member of the Lower East Side Business Improvement District (BID). He grew up in Manhattan, and he has worked in pest control for 25 years.

He said his company largely avoids restaurant clients, because they are known in the pest control industry as bad accounts. Restaurants are likely to default on their accounts, and they often fire one pest control company after another, he said.

Only around 10 percent of M&M’s clients are restaurants. “We don’t compete, and we don’t want these accounts,” Wong said.

Rats can tunnel in through basement walls, particularly in older buildings, or buildings with cheaper foundations. Metal and concrete reinforcing can help to exclude rodents, but the work is often expensive. A professional pest management company could charge anything from $1,000 to $10,000 for rat-reducing reinforcements.

Most restaurateurs have low profit margins and don’t own the spaces they operate from. Many are on a 10- to 15- year lease, so paying a pest management company thousands of dollars to reinforce the landlord’s walls is unappealing.

Wong said restaurant owners often shop around for the cheapest pest control company, without really understanding how to get rid of rodents.

“I would say 9 out of 10 restaurant owners don’t care or are ignorant,” Wong said. “Many of them think a poison alone will solve the problem.”

Poison costs $100 or $150, but is ineffective when other food sources are available, Wong said. “It’s never going to smell as good as the rotisserie chicken you have roasting in your deli, or the Hershey chocolate.”

Small pest control companies—some with limited expertise—engage in price wars to snag restaurants as clients. Sometimes these companies are not qualified to do exclusion work, and so they push the use of poison.

He said Standard Pest Management is also reluctant to accept restaurant clients, because of payment issues and because too many restaurants are just too dirty.

Standard Pest Management issues a checklist to restaurants to help them stay pest free, but many restaurant owners throw the card away, he said.

Although rats receive the most public scrutiny, mice are the city’s primary pests, according to John Kane, a board certified entomologist for Western Pest Services in Manhattan.

Mice are prolific breeders, and Kane has run some numbers: One mouse and her offspring could produce 28,000 mice in one year, assuming that 50 percent of the offspring in each litter were female, and all of the mice survived. Mice reach reproductive maturity 6-9 weeks after birth.

“The reason we are not overrun by mice is most of them die from predation, disease, physical accidents, exposure. Something like Sandy drowned many of them. It’s a pretty difficult world for them, and that’s why they have many offspring,” he said.

Rats can survive after falling more than 50 feet. An adult rat can tread water for up to three days (making Hurricane Sandy no match for them).

Norway rats, the predominant species in New York, prefer to live at ground level or below. They can dig through building foundations, gnaw through a variety of building materials, and they eat almost anything—including other rats, if they are hungry.

Rats can use their tunneling abilities to make networks of tunnels and burrows under city blocks that connect to different buildings. Hordes of rats could be living in a neighborhood, and because they are so wary of humans few people may realize the extent of the infestation.

A rat runs inside a KFC-Taco Bell restaurant in Greenwich Village in New York, in this Friday, Feb. 23, 2007, photo. A Rat Information Portal, complete with a searchable map of rat inspections and violations, debuted Thursday Oct. 30, 2008, on the New York City Website. (AP Photos/Bebeto Matthews)

The city started sending inspectors to do rat indexing in buildings and parks in the Bronx in 2007. At that time, rat inspections in other boroughs were only carried out if a complaint was received.

In 2008, the city launched a Rat Information Portal, with a rat-indexing map that shows inspection results for properties throughout the city, but the efforts are still concentrated in Manhattan and the Bronx.

Last year, city Health Department inspectors visited 27,354 properties in Manhattan, and found signs of active rats in 3,468, or just over 12 percent of the buildings.

After pest control efforts, paid for by landlords, 60 percent of properties that had showed evidence of rats on the first inspection were deemed free of active rat signs.

“Through this program, the department will repeatedly assess, track, and address conditions on public and private properties that have rats.

“We will also work cooperatively with neighborhood associations, elected officials, community boards, and other partners to make sure everyone is taking appropriate steps to help minimize the presence of rats, such as reducing curbside garbage and sealing up rat burrows,” Lewin said in an emailed statement.

For the last seven months, rats have plagued a supermarket in upper Manhattan.

Each night the rats destroy between $50 and $100 worth of stock, eating only a small percentage of what they contaminate through gnawing.

Filling up holes, reinforcing walls, poisoning, baiting, and traps have all failed to keep the rats away, according to the owners, who asked to remain anonymous to protect their business.

Rat indexing inspectors have found signs of rats on the property three times since 2010, but the building was deemed rat-free on all its compliance inspections, after the landlord paid for cleanup and extermination.

According to the Rat Indexing Map, almost every block in this part of Manhattan has one or more buildings that have had rat problems.

Rats have caused more economic damage and human suffering than any other vertebrate pest, according to the United States Department of Housing and Urban Development (HUD).

Rats destroy an estimated 20 to 30 percent of the world’s food supply every year—by feeding on it or contaminating it.