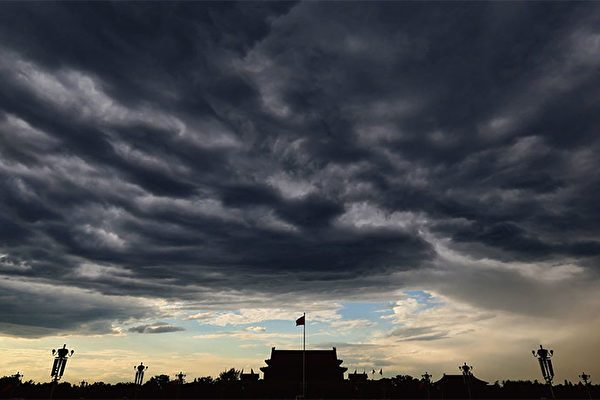 Justin Zhang
Justin Zhang has been analyzing and writing articles on China issues since 2012. He can be contacted at guihang1996@gmail.com
View profile
Follow
biggersmaller
Print

Two days later, the CCDI made another announcement, saying it was launching an investigation into Fu Zhenghua, the former Minister of Justice and Deputy Minister of Public Security.

Sun is being accused of having “inflated political ambitions and poor political integrity.” Specifically, he is said to have “wildly ganged up with others” to form interest groups and control key departments.

Dr. Zhang Tianliang, a U.S.-based China expert, told The Epoch Times that the two official announcements were issued around the same time, and both used special political struggle terms to define their alleged crimes. This could be an indication that the two cases are linked, Zhang said.

Terms such as “inflated political ambitions” and “wildly ganging up with others” within the CCP were used to convict Zhou Yongkang, the powerful former head of the domestic security apparatus, in 2014, as well as Bo Xilai, the former Party secretary of Chongqing, and Meng Hongwei, the CCP’s Interpol chairman. In addition, Zhou and Bo are both former members of the Politburo Standing Committee.

Zhang said he believed that all three had participated in a coup plot against Xi back then.

The official use of these same terms to describe Sun’s offences now implies that Sun and Fu also participated in a coup plan, Zhang said. Another person who may have been implicated in this recent series of cases is Meng Jianzhu, a retired former secretary of the Political and Legal Affairs Committee, according to Zhang. Tracing this particular political clique down further, one will find that former vice chairman of the CCP Zeng Qinghong was leading the effort, he said.

In December 2014, Voice of America quoted a media professional as saying, “Zhou Yongkang is the true leader of the largest ‘coup group’ since the establishment of Communist China in 1949 … And Xi Jinping’s anti-corruption campaign is actually a movement of political purges targeting those involved in this coup.”

However, according to Zhang, the real mastermind behind the coup was not Zhou Yongkang, but Zeng Qinghong.

Zeng, a notable princeling—whose father, Zeng Shan, was a Party elder—has been a staunch supporter of former Chinese leader Jiang Zemin. Before Jiang became the Party’s general secretary in 1989, Jiang served as the Party boss in Shanghai and worked closely with Zeng, then deputy Party boss of Shanghai. As soon as Jiang became the Party leader, he promoted Zeng and brought him to Beijing as well.

As Jiang gradually consolidated his power and formed a faction within the CCP, Zeng became the second-in-command in this political interest group.

The official ranks of Sun Lijun, Fu Zhenghua, Meng Hongwei, and Meng Jianzhu are at the deputy ministerial or ministerial level. Zhang pointed out that it’s impossible that these people by themselves attempted to seize power and engaged in a coup d’état. There must be a higher figure behind them whose level is at least a current or former member of the Politburo Standing Committee.

“Based on all these clues, only Zeng Qinghong meets all these criteria,” Zhang said.

Based on the CCP’s rules of retirement age, officials promoted by Zeng when he was in power will mostly retreat from the core of power after the CCP’s 20th National Congress next year. Zhang posited that Zeng will do everything he can to counter Xi’s move against him, while Xi will likely step up to further purge Zeng’s followers until he finally puts Zeng in jail.

Zhang predicted that before the 20th National Congress next year, some high-ranking officials will be taken down one after another. “There will definitely be a battle between Xi Jinping and Zeng Qinghong,” he said.

Prior to the CCDI’s announcement against Sun and Fu, the CCP’s leading theoretical journal Qiushi published an article condemning former Chinese leader Lin Biao for plotting a military coup against Mao in the 1970s. Lin was an important figure in the CCP’s early days as both a military leader and Mao’s right-hand man. The article emphasized that the history of the CCP’s founding is about “the Party commanding the gun,” and was widely republished by other Chinese state media.

U.S.-based current affairs commentator Chen Pokong told The Epoch Times that the article seems to suggest that right now there is a coup plan cooking in the PLA. By circulating the article, the central authorities intend to warn the military that Xi is the commander of the PLA.