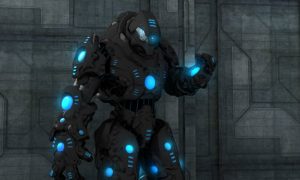 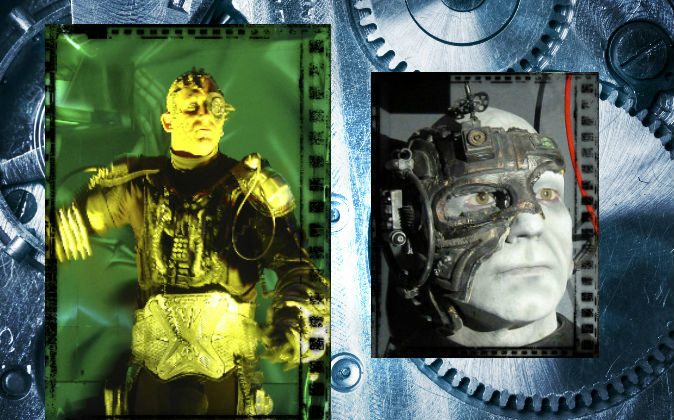 The Real-Life Possibility of Cyborgs

Cyborg: a cybernetic organism, a term that has been used to describe many different creations—James Cameron’s Terminator, Robocop, The Six Million Dollar Man and even Darth Vader. It means a mechanical part interwoven into organic, living tissue.

In a way, there have been cyborgs among us for decades. Anyone with a prosthetic limb, pacemaker, or even surgical implant could technically be considered a cyborg. But when we think of the word, we do not think of surgical implants or pacemakers. We think of mechanized limbs, shoulder-mounted laser cannons controlled by thought, and the like.

But what is the real-life possibility of realizing these fantastic visions?

For years we have had the ability to manufacture prosthetic limbs. If you like, you could technically consider the first “cyborg” as someone with a peg leg, or a hook hand. Granted, there is no mechanical aspect of a wooden leg or steel hook but it was really the first attempt at enhancing the human body by replacing it with a sturdier substance.

We have for a while had the ability to make a prosthetic limb that can move in ways human limbs cannot. For example, some prosthetic hands that can rotate a full 360 degrees. We have even been able to advance science and technology to include prosthetic limb replacements for dogs, cats, horses, elephants, and even a prosthetic tail for a dolphin or flippers for a sea turtle! It seems as though no limit exists for prosthetic technology.

Then along came modular prosthetic limbs. These are surgically implanted into a person’s neural cortex and allow the person to control the limb via thought—making the limb truly a part of them. These prosthetics also have complex computer systems in them that aid the limb in interacting with its environment by taking readings and measurements and and sending them as computer signals to the person’s brain, allowing the person with the prosthetic to “feel” using the limb. The complex system of wires and circuitry used to replicate the human nervous systems is one of the most spectacular uses of technology humanity has achieved.

One thing that science is still struggling with is the completion of a prosthetic eye.

Scientists have been able to unlock the code in the retina of blind mice to allow them to see. They have claimed to be able to do the same with monkeys as well. Yet they have been unable to cure humans of blindness, though medical science remains hopeful. The issue they face is replicating the output cells of the human retina known as ganglion cells. So far, all that has been achieved is restoring rough sight; it is blurry, like looking through tears, allowing one to only distinguish general shapes. It’s like being unable to tell a man from a woman, but being able to tell the difference between a person and, say, a car.

The other advancements in prosthetic technology are those of exoskeletons.

They are sometimes no more than pneumatic braces to help people walk, but they do extend to fully wearable suits that augment strength and stamina. Not quite to the level of Tony Stark’s Iron Man suit (no flight ability or hidden missiles), but they are nonetheless a huge leap forward.

There have been a couple of advances in the technology of returning ambulation to quadriplegics.

Will cybernetics advance to the level of Isaac Asimov’s The Bicentennial Man? In this tale, humans and robots become virtually indistinguishable, since robots can get human parts, and humans can get robot parts to extend their lives. Granted, the story is more a morality tale about what the concept of inalienable rights really mean, but the question remains. Given the abilities we currently have to create these incredible feats of technology, is it out of the realm of possibility to consider that we can achieve Iron Man or Robocop levels? Or even to extend life beyond natural limits?  Or if we do achieve it, should we take advantage of it?

Republished with permission from the Paranormal Association. Read the original. Visit the Epoch Times Beyond Science page on Facebook, and subscribe to the Beyond Science newsletter to continue exploring the new frontiers of science!

MORE: What Is the DNA of Your Mind?