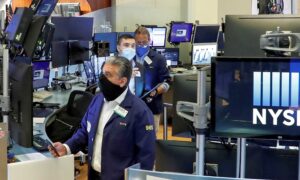 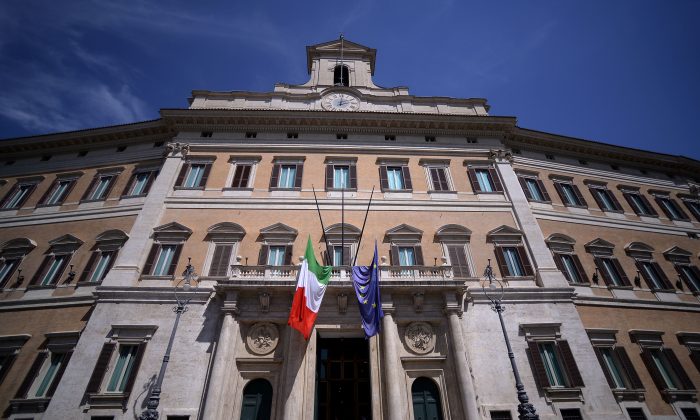 LONDON—For Italy’s sovereign debt the timing could hardly be worse: A budget standoff with Brussels is driving the country’s bond yields to new peaks, just as two credit agencies are weighing whether to cut their ratings to within one notch of “junk.”

Moody’s and S&P Global, both rating Italy two rungs above ‘junk’, are widely expected to downgrade in late October as the new government’s outsize spending plans put it on a collision course with EU authorities.

One rung lower and Italy would fall below investment grade for the first time, a move that would potentially cost it hundreds of billions of euros in lost bond investments.

The conundrum for financial investors is how to accurately price the risk of a eurozone sovereign in junk territory—given that particular sovereign’s market footprint, the complication of still-active European Central Bank bond-buying, eligibility rules for that ECB support and an outside risk to Italy’s euro membership.

How Wide is Too Wide?

Kaspar Hense, portfolio manager at BlueBay Asset Management, said an Italy/Germany 10-year spread of 300 basis points was more compatible with a junk-rated issuer, based on a model comparing Italy with other developed and emerging market sovereigns.

The main credit agencies say their rating decisions are guided solely by credit analysis and not any wider political backdrop.

But investors are wary that current debt pricing comparisons may be misleading as they don’t account for political sensitivities, given the sheer scale of Italy’s bond market and its systemic importance to the eurozone project.

“A downgrade to junk could trigger a full-blown [eurozone] crisis,” said Nicola Mai, a portfolio manager at PIMCO, the world’s largest bond investor. “…Which is why I don’t the agencies will do it, I don’t think they will want to be the ones causing a crisis in Europe.”

“It would be a very, very big decision, just given the size of the Italian bond market, it makes up something like a fifth of government bonds in the eurozone,” he said.

That backdrop suggests the bar is higher for Rome than other borrowers, and the possibility of a junk rating is therefore only partially factored in.

Goldman Sachs and Bank of America Merrill Lynch said last month in separate notes they reckoned full pricing in would equate to an Italy/Germany yield spread of 400 bps.

At the height of the euro zone debt crisis, the spread went even higher, to over 550 basis points, and the country still kept its investment-grade ratings—though that was without the effect of the ECB’s bond-buying scheme.

However the numbers are parsed, anxiety over the ratings risk is likely to persist.

“The threat of a junk rating won’t go away while the current coalition is in partnership,” said John Taylor, fixed income portfolio manager at AllianceBernstein, a fund with $546 billion of assets under management.

Most major indexes, such as iBoxx and the Bloomberg/Barclays euro aggregate index, which has a market value of over 10 trillion euros ($11.8 trillion), use the average ratings of Moody’s, S&P and Fitch.

So downgrades to junk from two of these agencies would be enough to take Italy out of these indexes.

The ECB, on the other hand, would require all three major agencies plus DBRS to cut to junk to take Italy out of its bond-buying programme.

This issue becomes sharper as the ECB unwinds the programme this year. When Portugal was merely faced with the threat of that fourth downgrade from DBRS in August 2016—it never actually came to pass—its 10-year bond yield spread over Germany widened 80 basis points in just under two months.

Given the complexities and sensitivities, some feel they may just kick any decision far down the road.

“The ratings agencies will give an issuer as influential as Italy a lot of time,” said Stealey of JP Morgan AM.