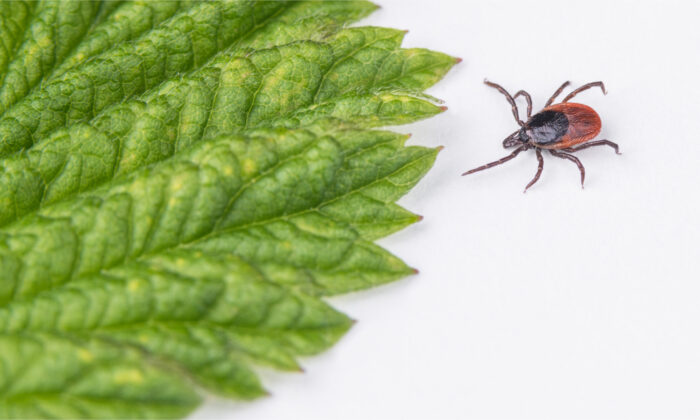 The Politics of Natural Infection

From the very outset of this pandemic, the topic of natural infection has been a taboo. To suggest that anyone might have been better off risking infection and thereby gaining immunity from a respiratorial virus rather than hiding under the sofa for two years was seen as outrageous and irresponsible.

My theory is that the reason has always been political. And that’s tragic.

Generations have gone by that have understood it. A life strategy to flee all pathogens is deeply dangerous. The immune system, in order to be trained to protect against severe disease, needs exposure. Not to all things, of course, but to many pathogens that are not finally debilitating or fatal. We’ve evolved with pathogens in what Sunetra Gupta calls a “dangerous dance.” This dance is unavoidable, especially for fast-mutating viruses like SARS-CoV-2.

And yet from the beginning, this knowledge seemed to be lost. This is gravely embarrassing since it’s been known for 2,500 years. It was worse than just lost. As a person who wrote almost daily during the pandemic, I too was careful not to discuss this topic with too much bluntness. We all felt the political pressure to say silent or at least cloud our prose with euphemisms.

The single most controversial sentence of the Great Barrington Declaration was this one: “The most compassionate approach that balances the risks and benefits of reaching herd immunity, is to allow those who are at minimal risk of death to live their lives normally to build up immunity to the virus through natural infection, while better protecting those who are at highest risk.”

That talk about building up immunity is what drove people bonkers, as if no one was somehow allowed to utter a settled scientific truth. And yet long before Fauci began to speak as if getting infected was the worst possible fate, he was more honest.

Even I knew (from what I learned in 9th grade and what my mother taught) that the pandemic would only end with endemicity naturally earned. That is precisely what is happening. The CDC’s publication MMWR printed a seroprevalence study showing that from December 2021 to February 2022—that period during which it seemed like everyone in the country got covid—went from 33.5 percent to 57.7 percent. In children, it went from 44.2 percent to 75.2 percent. It’s higher in both groups now.

That the study got no real attention to it shows that we are fast moving toward the end, and how? Not through vaccination, which protects against neither infection nor transmission. It ends with everyone meeting the virus. There is of course some threshold of herd immunity with this virus, though it keeps rising with each mutation, requiring ever more rounds of infection to achieve it. It is surely higher than 70 percent but probably less than 90 percent depending on population mobility and other factors.

We can look at that data today and wonder. What if we had never locked down? What if we had gone on with life as normally while urging those in risk categories to wait it out a bit while we achieved endemicity? How long would it have taken to get there?

Might it have been over by the summer of 2020? It is possible. It’s hard to know such counterfactuals with precision, but it does seem highly likely that the lockdowns achieved nothing good, caused tremendous damage, and also unnecessarily prolonged the pandemic. In addition, they degraded everyone’s immune system: we didn’t just avoid covid but everything else too.

And the main reason was due to the unwillingness of public health authorities to talk about actual science. When Fauci was asked about natural immunity in September 2021, he said “I don’t have a really firm answer for you on that. That’s something that we’re going to have to discuss regarding the durability of the response…I think that is something that we need to sit down and discuss seriously.”

The WHO even changed its definition of herd immunity to exclude natural infection as a factor! The whole institution gave itself over to vaccine sales based on wild exaggerations of their effectiveness while all-but-denying robust and broad immunity through exposure.

A key political factor to natural immunity is that it does not call on government to assume totalitarian controls to stop a virus. It presumes the operations of a normal society. The government wanted all power and deployed it to stop the virus. Therefore, science was out of the question, replaced by political propaganda from start to finish.

It’s not well understood that the US policy from the very outset accepted and adopted a zero covid approach. That gradually unraveled over time as unworkable. Trump’s own advisors tricked him into believing that he could achieve that just like Xi Jinping did. He fell for it, and pushed the two weeks to flatten the curve under the belief that this would make the virus go away. His rhetoric that day set the stage for more than two years of utter nonsense.

And here we are all this time later and top headlines are finally admitting what should have been obvious from the beginning. For a virus this prevalent, it ends with widespread natural immunity. Here’s the Bloomberg headline:

The rest of the article is designed to walk back that core claim. We are still not ready to face the terrible realities that the lockdowns achieved nothing and that the vaccines did not end the pandemic. The taboo subject of meeting the virus is still today what it was 30 months ago, nearly unsayable.

My theory is that this is entirely for political reasons. They hatched a wild plan to control a virus that would come and go like all such viruses in history, and so therefore they had to pretend their efforts were essential to the great task. They never were. That’s the bitter reality.

Reflecting on this topic of exposure and immunity eventually leads a person to realize that we don’t need centralized control, coercion, and dictatorial power to manage a pandemic. Pandemics are unavoidable but they largely manage themselves while the best-possible outcomes rest with the intelligence of individuals informing choices based on their own risk assessment. (I feel like I’ve been writing some version of that sentence for 33 months.)

And this speaks to the big problem we have today. The people who did this to us have not admitted error and probably won’t. Despite all the failures, these same people are gearing up for another round of lockdowns based once again on the ideology that the worst-possible fate for anyone is to face a virus naturally and bravely.

Think about this: our lords and masters are saying that our only choice in the face of any prevalent pathogen is to hunker down, don’t hold parties, don’t send kids to school, don’t go to church, don’t go work, don’t travel, and instead just wait for them to make a fancy serum to inject in our arms, which we must accept whether we like it or not.

In short, a government that seeks to control all pathogenic spread is one with totalitarian powers that knows not human rights or freedoms.