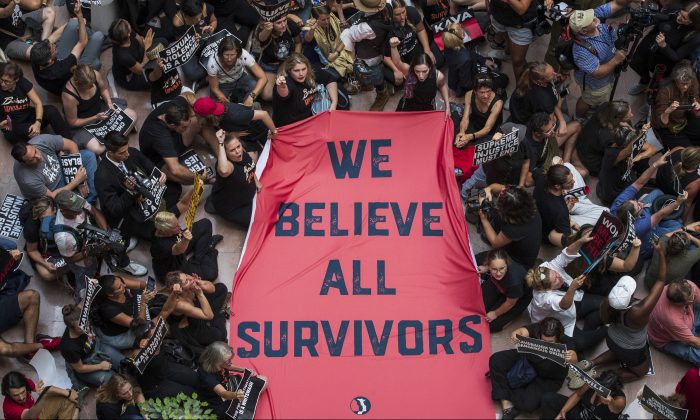 The Plight of the Liberal

There’s a paradox at work in the public square. In a world of political correctness, which orients facts and values toward the left, it’s harder to be a liberal than it is to be a conservative.

That sounds wrong, to be sure. Corporate America, Silicon Valley, academia, Hollywood, most media and publishing, government offices, and the arts espouse progressive values and generally deplore the right. But the liberals I’ve observed in public and professional situations don’t seem to be comfortable. They’re nervous.

Yes, liberalism has racked up one victory after another, from LGBT rights, to multiculturalism in schools, to the removal of Christian content from public grounds. And conservatives often feel defeated and hopeless. President Donald Trump has inspired them, but he seems only a momentary bump in the road leading the United States ever further away from those three traditional pillars—God, country, and family.

But liberals aren’t at ease. They obey the dictates of the left, but know that being politically correct is no guarantee of security. It’s not like membership in a professional guild or confirmation in the Roman Catholic Church, which remains in place as long as one follows the rules.

Political correctness isn’t a real organization with an official hierarchy. It’s a volatile condition whose norms mutate and whose monitors vary from diversity coordinators in human resources, to liberal columnists, to African-American undergraduates. You can’t always be certain what is and isn’t politically correct and who will tell you.

Liberals toe the line of political correctness, but the line keeps moving. The safe spot on which they set their toes yesterday proves an insensitive position today. The openness to other cultures that they displayed last year looks like “appropriation” this year. When microaggressions get too micro, it’s hard to screen them out. Liberals are never quite sure when they might have to apologize.

Progress must continue, they are told; there is always so much more to do. No matter how liberal and enlightened they are, they can’t get too relaxed, not when any group appears to suffer disproportionately, especially a historically disadvantaged one. They have seen too many cases of someone with sterling liberal credentials chided or shunned because he didn’t “evolve” quickly enough when a reform, such as same-sex marriage, came along.

Unlike liberals, conservatives know exactly where they stand when political correctness takes hold of a society. They are politically incorrect, which puts them on the far side of decency and reason. They don’t have to question their status. The things that make them conservative identify them firmly as old-fashioned, out of touch, or unenlightened, at best—at worst, bigoted and ignorant. The moral ambiguity that liberals endure—you’re either with us or against us—doesn’t touch them.

Conservatives may think they merely adhere to certain religious beliefs, family values, or political opinions, which a liberal polity allows them to do, but political correctness translates those convictions into something sinister and distorted. If political correctness is merely the obligation to treat people with respect, accepting others as they are, which is how liberals define it, then violations run deeper than political difference and religious pluralism: Violators become inhumane and irrational.

Political correctness frames these dissenters as people stuck in a condition, not people with a contention. A person who espouses traditional sex roles, or points to fatherlessness in African-American households as the main cause of black–white achievement gaps, or who wants a wall on the southern border, doesn’t hold views that must be refuted. That would grant legitimacy to an outlook that doesn’t deserve a discursive response.

The conservative is more than just mistaken. He suffers from psycho-social problems, from -isms and -phobias that must be exposed and expelled. A fundamentalist Christian’s objections to same-sex marriage are due to anti-gay animus, not to biblical teaching. A U.S. president’s want to slow immigration is not in order to protect American workers, he’s a xenophobe or Islamophobe. The Alliance for Defending Freedom is not a law firm devoted to religious liberty; it’s a hate group. Conservatism isn’t a belief; it’s a pathology.

That sets conservatives beyond the sphere of leftist intimidation. We don’t have to prove ourselves worthy the way liberals do. We don’t feel the constant surveillance of our words and thoughts. Leftists have given up on persuading conservatives of anything. Their main focus falls on ensuring that the moderates remain “correct.” There you have the reason for liberal anxiety.