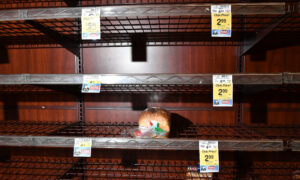 Whether the Wuhan Virus Is a ‘Crisis’ or a Crisis
0 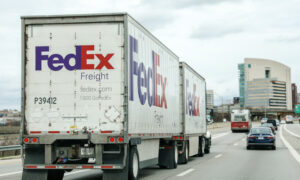 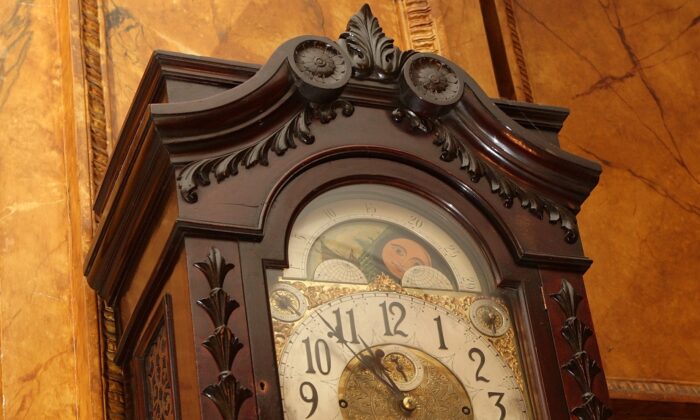 A grandfather clock available for auction at the Cafe Royal on Regent Street in London, England on Dec. 22, 2008. (Oli Scarff/Getty Images)
Viewpoints

The Passing of Time During the Pandemic Confinement

I live in a fairly close-knit neighborhood of about 100 houses. While we are friendly with one another, we have always practiced “social distancing” with other neighborhoods for the simple reason that we are cut off from them by water on one side, tidal marshes on the others.

It’s an ideal place to adopt a “shelter-in-place” quarantine. There is plenty of space to go for walks outdoors without trespassing on the hygienic six-foot distance recommended by the authorities; it is easy to exercise appropriate precautions when we venture afield to forage for sustenance, and we receive almost no visitors from outside the neighborhoods these days.

It will be interesting to gauge the mood of the neighborhood in the days—I hope it will not be weeks (I will not even raise the possibility of months)—to come. Already, eight or nine days into our medical isolation due to the CCP virus (often referred to as the novel coronavirus), I have noticed signs of boredom tinctured with irritation and, here and there, alarm.

I haven’t spoken enough to my fellow inmates to know for sure, but I think that the alarm is due partly to the medical situation but mostly to a dawning recognition of what the country’s response to the virus has meant for the economy. Samuel Johnson once observed that the prospect of hanging in a fortnight did wonders to concentrate the mind. Having one’s retirement funds cut by a third has a similarly galvanizing effect.

It is still brisk outdoors, but that hasn’t stopped many from sitting on their front stoops, congregating in their driveways, milling about in twos and threes in their yards or neighborhood roadways. I can sense that time has begun to hang heavy.

I am fond of a little poem that the late historian John Julius Norwich quotes in one of his celebrated Christmas Crackers. It appears on the pendulum of a clock at a churchyard in Kent, England.

“When as babe I laughed and wept,
Time crept.
When as a youth I dream and talked,
Time walked.
When I became a full-grown man,
Time ran.
Later, as I older grew,
Time flew.
Soon shall I find when traveling on,
Time gone.”

I can think of no more poignant expression of the oft-noticed phenomenon that “time seems to speed up as you get older.” The fact that the poem is inscribed on the moving pendulum of a clock—and a church clock at that—makes it all the more fetching. (Perhaps I should have included the last two lines: “Will Christ have saved my soul by then? Amen.”)

But as our enforced leisure reminds me, our experience of time is not strictly linear. It may often seem to speed up as one gets older. That summer holiday that seemed to stretch out forever when one was in grade school goes by in a flash once one hits middle age.

Yet there are several things that can put a brake on one’s experience of time. One is novelty. Go someplace new for a couple of weeks. The first few days always seem much longer than the last when one has become used to a new routine and fresh sights.

There is also the curious effect of boredom, which seems to elongate the present while accelerating one’s experience of longer stretches of time.

This was something that Thomas Mann explored in his great novel, “The Magic Mountain,” set in a Swiss sanatorium in the 1920s.

“Many false conceptions are held concerning the nature of tedium,” Mann notes. “In general, it is thought that the interestingness and novelty of the time-content are what ‘make the time pass’; that is to say, shorten it; whereas monotony and emptiness check and restrain its flow.”

But this, Mann observes, is only partly true. “Vacuity, monotony, have, indeed, the property of lingering out the moment and the hour and of making them tiresome. But they are capable of contracting and dissipating the larger, the very large time units, to the point of reducing them to nothing at all.”

At the same time, “a full and interesting content can put wings to the hour and the day; yet it will lend to the general passage of time a weightiness, a breadth and solidity which cause the eventful years to flow far more slowly than those poor, bare, empty ones over which the wind passes and they are gone. Thus what we call tedium is rather an abnormal shortening of the time consequent upon monotony.”

I am thinking of re-reading “The Magic Mountain” during this viral confinement. I long ago decided that it was Mann’s greatest work. It will be interesting to see if I still agree with my younger self.

I am confident, at any rate, that the story of Hans Castorp, the young tubercular engineer confined suddenly to a seemingly endless convalescence, will acquire new depths and resonances as we wait out the ultimate dissipation of this latest gift of the CCP.

Roger Kimball is the editor and publisher of  The New Criterion and publisher of Encounter Books. His most recent book is “The Fortunes of Permanence: Culture and Anarchy in an Age of Amnesia.”