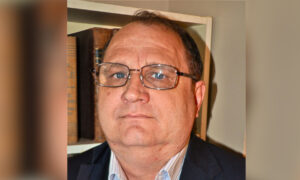 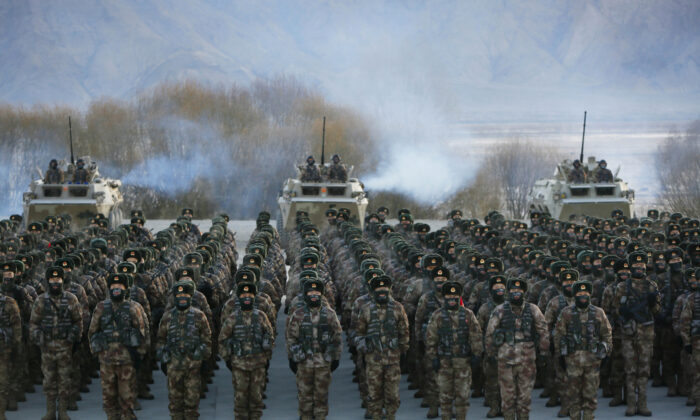 The Pandemic Has Not Stopped China’s Military Buildup

The COVID-19 pandemic has disrupted nearly all aspects of daily life across the globe, but when it comes to China’s People’s Liberation Army (PLA), the virus has hardly blunted the pace of modernization. Overall, the PLA is still on track toward meeting its goals of achieving “complete military modernization” by 2035, and becoming a “world-class” military by 2049.

In the first place, the pandemic hasn’t really impacted Chinese defense spending. In 2021, Beijing plans to allocate 1.355 trillion yuan ($202 billion) to the PLA. This represents a 6.8 percent increase over 2020 military spending, which grew 6.6 percent over 2019.

To be sure, the growth in Chinese military expenditures has tapered off somewhat since the heyday of the 2000s and early 2010s, when annual increases in defense spending averaged around 10 to 15 percent.

Nevertheless, in an age of near-zero inflation, annual defense spending increases of 6 to 7 percent are striking, and there are no signs of abatement. Certainly, no public figure in China is calling for cuts in military spending.

Consequently, Chinese defense spending outstrips all other Asian and all European militaries, including Russia, and in the 21st century, China has become the second-largest defense spender in the world.

Keep in mind, too, this $202 billion number is only the official figure—hidden spending or “purchasing power parity” metrics could add additional billions to the “real” Chinese defense budget. That means a lot of money for buying new arms and engaging in cutting-edge military research and development (R&D), and, in fact, the pandemic doesn’t appear to have slowed any of China’s rapid pace of military acquisitions.

The Chinese arms industry is busy building other ships as well, including a third (and perhaps even fourth) aircraft carrier and several new destroyers, frigates, and corvettes. The rest of China’s military-industrial base appears also to have been left untouched, and the recapitalization and modernization of the PLA have proceeded unabated.

In fact, it appears that the only part of the Chinese defense industry that the pandemic adversely affected was the country’s diesel-electric submarine (SSK) sector, which is based in Wuhan (“ground zero” for the virus).

The Wuhan shipyards were temporarily shut during the initial COVID-19 outbreak, but they soon reopened and began making up for lost time (including constructing eight SSKs for Pakistan).

Consequently, China’s aggressive and concerted efforts to transform and expand its military forces have hardly been slowed. The PLA is in the midst of a massive, multi-decade dual-track (“double construction”) modernization strategy of “mechanization and informatization.”

The first part of this effort is nearly complete. The PLA now possesses the largest navy in the world, according to the U.S. Department of Defense, and the PLA Air Force is nearly entirely re-equipped with new fourth-generation and fifth-generation fighter jets, air-to-air refueling planes, and modern long-range transports.

Consequently, the PLA is shifting its focus to the next phase, which it calls “intelligentized warfare.” “Intelligentization” particularly values artificial intelligence (AI) as a critical force multiplier, and as a result, Beijing is making strategic investments in AI in order to reap national security benefits. China is seeking to gain parity with other world leaders in AI by the early 2020s and become the global leader in AI by 2030.

Military-civil fusion (MCF) has become a key component of this strategy. MCF is a process of combining defense R&D with its commercial counterparts, and it is part of a long-term and “whole of society” strategic effort by Beijing to position China as a “technological superpower.”

Chinese leaders want to use MCF in order to position the country to compete militarily and economically in the next great industrial-technological revolution. Consequently, MCF has been an integral component of nearly every major Chinese industrial or technological initiative, including “Made in China 2025” and the “Next Generation Artificial Intelligence Plan.”

Overall, the COVID-19 pandemic has made hardly a dent in China’s increasingly globalized ambitions to become a major superpower, and to back that up with a modern, world-class military. Chinese defense spending growth hasn’t been slowed, and Beijing has still been able to throw a lot of money at the PLA.

China hasn’t moderated its militarization of the South China Sea, and it’s expanding its military footprint into the Indian Ocean—including the establishment of its first overseas military base in Djibouti, on the Horn of Africa—and perhaps even into the Atlantic (the head of U.S. Africa Command recently asserted that the PLA is looking for a military port on Africa’s west coast).

Altogether, the PLA is continuing to develop a robust anti-access/area-denial (A2/AD) capability for near-sea defense, with the expectation of complementing this with a growing power-projection capacity into the Pacific, India, and (eventually) Atlantic oceans. China’s drive to become a major global power continues unabated, and the COVID-19 pandemic has hardly dampened that campaign.

Richard A. Bitzinger is an independent international security analyst. He was previously a senior fellow with the Military Transformations Program at the S. Rajaratnam School of International Studies in Singapore, and he has held jobs in the U.S. government and at various think tanks. His research focuses on security and defense issues relating to the Asia-Pacific region, including the rise of China as a military power, and military modernization and arms proliferation in the region.