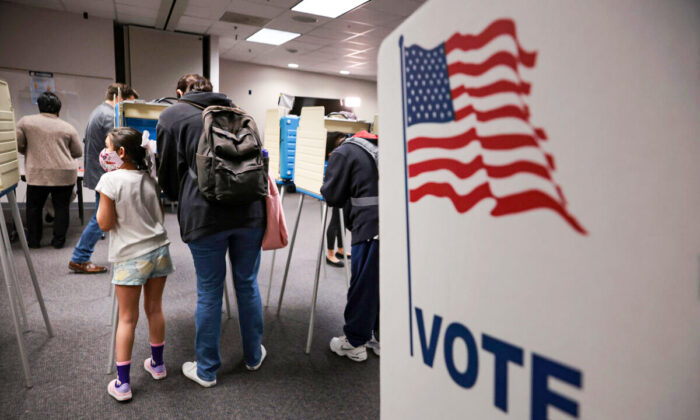 The ‘October Surprise’: How Can World Events Be Used to Win an Election?

The phrase “October Surprise” refers to an unanticipated event prior to U.S. national elections that may affect the election’s outcome.

For example, in 1980, Jimmy Carter and Ronald Reagan faced this issue.

William Casey, Reagan’s campaign manager and former director of the CIA, first used the term “October Surprise” to describe the possibility that the Iran government would release the U.S. hostages held in Iran since the storming of the U.S. Embassy on Nov. 4, 1979, during anti-American protests in Tehran—thereby increasing Carter’s popularity just before the election.

On Jan. 20, 1981, the Iranians released the hostages just as Reagan was being sworn in as president. In effect, the Reagan team was able to prevent an October Surprise.

Other examples of attempted “October Surprises” since 2000 include the following:

Days before the November 2000 elections, a prominent lawyer claimed that police had arrested Republican presidential candidate George W. Bush for drunk driving in 1976. Bush quickly confirmed the report, but it did not affect his election.

Just prior to the 2004 elections, Saudi Arabia lowered the price of oil, which many claim helped Bush get reelected. In a 60 Minutes interview with Mike Wallace and Bob Woodward, Wallace said, “Prince Bandar enjoys easy access to the Oval Office. His family and the Bush family are close. And Woodward told us that Bandar has promised the president that Saudi Arabia will lower oil prices in the months before the election to ensure the U.S. economy is strong on Election Day.”

Additionally, John Kerry linked his defeat to a video posted by Osama bin Ladin scaring the electorate just before the election, which Kerry claims negatively affected his election. In 2004, Bush was reelected for a second term.

In early October 2016, The New York Times published a Washington Post recording of Donald Trump from 2005 using explicit language and demeaning women. He apologized for the statements. But several Republicans pulled their endorsement of him, including Arizona Senator John McCain.

Also in early October, WikiLeaks released John Podesta’s emails (Podesta Leaks), illuminating negatively on Hillary Clinton. In late September 2016, the FBI reported that “eight of Clinton’s email chains should have been Top Secret and 37 were Secret.” Jake Sullivan had forwarded seven emails with Special Access Program caveats that further restricted access to only those who needed to know, usually limited to a very small number of people to protect highly sensitive information.

Then, in late October, the FBI announced that it was investigating Clinton’s use of a private email server while she was serving as secretary of state. Clinton claimed that the FBI investigation into her email server just prior to the November vote helped her lose to Trump.

What ‘October Surprises’ Are in Store for November 2022 Elections?

Several recent news sources have asked commentators what they believe could be “October Surprises” this fall. This article adds to this discussion by examining the possible use of the Russia-Ukraine war as an “October Surprise.”

How Could Democrats Use Events in Ukraine for Their Benefit?

The 2022 midterm congressional elections pose opportunities for several actors to unveil an “October Surprise.” A promising surprise prior to the elections is a temporary or permanent ending of hostilities between Russia and Ukraine. The Biden administration and the Democrats could take credit for this event and argue that Democratic Party national security policies are effective in constraining Russia and it would be considered a major achievement.

If the peace lasts through the end of 2024, this surprise could help the Democrats in the 2024 national presidential election. Furthermore, a concurrent negotiated oil and gas windfall from Russia and other countries could significantly reduce prices just before the elections.

How would this occur?

Who has leverage over Russia during the current conflict enough to convince them to accept a ceasefire? China has this leverage. In February, Vladimir Putin and Xi Jinping signed a joint statement. I wrote about this document in a previous Epoch Times article. The 5,000-word joint statement contains joint goals, including the following:

“Taiwan is an inalienable part of China, and opposes any forms of independence of Taiwan.”

“Friendship between the two States has no limits, there are no ‘forbidden’ areas of cooperation, strengthening of bilateral strategic cooperation is neither aimed against third countries nor affected by the changing international environment and circumstantial changes in third countries.”

In effect, Russia and China are de facto allies.

Why Would China Want Russia to Have a Ceasefire or Peace Agreement With Ukraine?

China has a significant interest in the outcome of the Ukraine war. For example, eastern Ukraine has the largest known deposit of lithium (along with many other rare earth metals). Ukraine has coal reserves and 25 percent of the world’s volume of black soil, the richest type of soil only found in a few other places in the world.

China has made no secret that it seeks a monopoly on the rare earth metals market and China’s food requirements for its 1.4 billion people knows no limits. In 2021, Chinese and European companies competed for contracts to manage the mining in Ukraine. The contract negotiations fell apart once Russia invaded Ukraine on Feb. 24.

Between now and October, the Russians will make a big push to capture the remaining key mining areas. If they succeed, China could function as an intermediary to help the United States arrange for a ceasefire by convincing the Russians to stop fighting.

Why Would China Want the Biden Admin, Democrats to Maintain Their Majority Power?

The Chinese Communist Party (CCP) knows that former President Trump was not their friend, and Trump punished the CCP for a variety of nefarious deeds, including intellectual property theft and the fentanyl epidemic (and the resulting deaths of 100,000 per year of young adult Americans).

The Democratic Party has been friendly with the CCP at least since President Carter dumped Taiwan for China in 1979. President Bill Clinton’s relations were very friendly, and the Federal Election Commission fined the Clinton campaign for receiving funds from the CCP during his elections via a variety of front organizations, later called Chinagate. President Barack Obama sent Vice President Biden to China to work out the friendly relationship between the United States and China.

Since Russia’s invasion of Ukraine, the United States has pressured President Volodymyr Zelenskyy to keep the war inside of Ukraine, and the Ukrainian military has kept its attacks within Ukraine’s border. If one country were fighting another country, it would make sense that both sides would inflict damage on the other, in both countries.

Why hasn’t the Ukrainian military aggressively attacked targets in Russia? The Biden administration has made U.S. military aid to Ukraine conditional on Zelenskyy keeping the war in Ukraine.

What Does the Biden Admin’s $40 Billion Aid Package Do?

The Biden administration’s $40 billion aid package to Ukraine for military supplies, military training, intelligence support, and economic aid is astounding. Many pundits argue that the U.S. aid to Israel is too much. When Obama left office, he agreed along with Congress to provide $38 billion of aid (half must be spent in the United States) for 10 years (2018–2028).

The U.S. aid will constrain Ukraine’s conduct during the war and give the United States considerable influence and leverage on the outcome of the war.

The Biden administration will pressure Zelenskyy based on its leverage with the $40 billion in aid to negotiate at a time of its choosing a capitulation and to cede resource-rich Ukrainian territory to Russia. If this pressure on Zelenskyy works, then the administration could claim a “victory” before the elections—an “October Surprise.” If the Russians have not acquired all the resource-rich areas they intended, then the Russians could still agree to a temporary ceasefire and restart the fighting sometime after the U.S. November elections.

Xi Jinping’s bellicose military response to U.S. House Speaker Nancy Pelosi’s Taiwan visit helped his popularity rise in China and, most importantly, with his fellow comrades in the CCP. An “October Surprise” of helping arrange a Russia-Ukrainian ceasefire would also help Xi as a “world peacemaker” cement his third term during the CCP’s 20th National Congress this fall.

China would also clearly benefit if Russia had control over the mining areas.

The CCP has a clear interest in keeping the Democrats in power so that it can continue to pursue its goals, including taking over Taiwan during Biden’s presidency. If the CCP doubts the outcome of the U.S. 2024 election, then the CCP could decide to invade Taiwan sometime between late 2022 and before November 2024 during Xi’s early third term. A Taiwan crisis before November 2022 would not benefit the Democrats.

Abraham Lincoln’s statement about predicting the future captures what political parties would like to do to win democratic elections: “The most reliable way to predict the future is to create it,” and in this case, by an “October Surprise.”

The U.S. voting public should openly discuss and educate themselves on the possibility of an “October Surprise” by both political parties so that they can avoid being manipulated by politicians during an upcoming election.