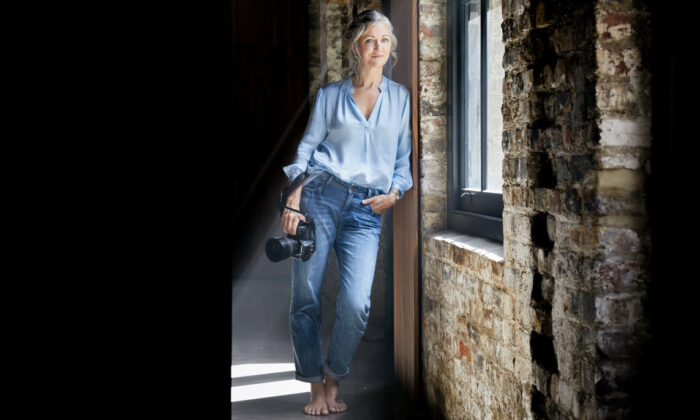 “Our most sacred rights were interfered with,” Laura Dodsworth says of the COVID-19 lockdowns.

In a recent episode of “American Thought Leaders,” host Jan Jekielek speaks with writer and filmmaker Laura Dodsworth about the ways governments in the U.K. and beyond have used subliminal methods to secretly manipulate the public, especially during the COVID-19 pandemic. Dodsworth is the author of “A State of Fear: How the UK Government Weaponised Fear During the COVID-19 Pandemic.”

Jan Jekielek: “A State of Fear” focuses on how the UK government used fear to incentivize the population.

Laura Dodsworth: The lockdown was a tough, authoritarian, and unprecedented measure, and you could smell the fear in the air. The 23rd of March, when Boris Johnson made his stern address to the nation that we must stay at home, is what put the fear into me.

And then in May 2020, some minutes were published that offered extraordinary insights into the decision-making within government. Essentially, these psychologists and behavioral scientists suggested that people needed to be frightened to follow the lockdown rules. That sent me off on a journey to understand how fear was weaponized. I now think that nudge and behavioral science have become an integral part of government.

And that’s not just here in the UK. It’s in the United States as well, and in countries all around the world. Behavioral science is a way to avoid regulation and debate. It’s a way to nudge people into being model citizens.

Mr. Jekielek: Define nudge, because this is not a common term in the U.S.

Ms. Dodsworth: It’s about nudging you into a different form of behavior. Essentially, the premise is that human beings don’t make rational decisions. Policymakers and the behavioral scientists advising them decide what a model citizen is. They decide what being good is, and they nudge you. They encourage collective behavior and groupthink.

Most of the public don’t understand the behavioral psychology techniques being used on them and how much of their taxpayer money is spent on it.

Mr. Jekielek: And a lot of people aren’t aware that lockdowns are a gross departure from normal pandemic policy.

Ms. Dodsworth: I think of this as a house on fire. The self-destruction of society has been horrific to watch, but you don’t know what’s caused a fire until the embers have cooled. What worries me is that people can be persuaded to follow such draconian rules and become frightened to such a degree that they’ll do almost anything.

Fear of a pandemic is natural, but it was put on steroids by the government’s handling of it. Now, if they can do that for lockdown, what else can happen? For me, this fear was the big and enduring story. COVID will become an endemic disease, but we can always be frightened, and that can be leveraged against us.

There are countries now where you can’t work or use public transport, let alone go to a restaurant, a concert, or a sporting event unless you’re vaccinated. There’s this division between the clean and the unclean, the obedient and the noncompliant.

Personally, I see it as blackmail, and I think it’s a really gross way for governments to treat citizens.

Mr. Jekielek: As I was reading your book, I kept thinking about informed consent when it comes to medical interventions, the idea that you have to know the risks. I don’t mean just the vaccines, but that’s the obvious example. When you’re doing this nudging, it’s almost like informed consent gets totally thrown out. Do you see it that way?

Ms. Dodsworth: Yes, you’ve gone straight to the heart of it. As soon as a government starts employing subliminal methods to change your behavior, that relationship has changed. That leaves you as a citizen feeling disenfranchised and deceived, and it’s fundamentally anti-democratic.

It’s the politician’s job to put forward good ideas, and then you vote for them and then they enact them. It isn’t their job to get voted in, make plans in rooms behind closed doors, and work out covert ways to make you go along.

I think the best way to persuade people to have a vaccine is to give them the information and let them decide. Allow free speech and debate and openness.

Mr. Jekielek: This is really important right now because we’re in the midst of this Russia–Ukraine war, where Russia invaded Ukraine. Russia is best in the class in disinformation, and they’re using a lot of it. At the same time, when I look at a lot of the information coming from the West, it’s hard for me to regard it as anything other than war propaganda.

Ms. Dodsworth: There’s propaganda on both sides, and it leaves consumers of the news a little bit adrift.

But I think COVID red-pilled people. Some people are now very aware of the propaganda, the behavioral science techniques, the appeals to emotion, specifically fear, and they feel cautious and don’t know what’s true and what isn’t. So we have to do extra research and go to different sources.

When we’re talking about the Russia–Ukraine conflict, Russia is the aggressor. It’s destroying buildings and killing people. That’s clearly wrong, but there’s still propaganda on both sides. As you said, you get wartime propaganda, which doesn’t make understanding the situation simple.

Mr. Jekielek: I’ve been following various types of people who have been impacted by COVID and the lockdowns. In Canada, for instance, a man died in a car accident, but because of the rules, his wife basically couldn’t have a normal funeral for him. And she said, “I’m never going to forgive the government for this.”

Ms. Dodsworth: Partners should always be present at the birth of children, and we need funerals for grieving and for closure. I interviewed a veteran disaster and recovery planner, professor Lucy Easthope, for the book. She told me that the trauma from the lockdowns will live on for many, many years.

People want to be with their sick loved ones and hold their hand when they die and attend the funeral. To have cut people off from that is heartbreaking. There was a video that went viral on social media in the UK. It showed a funeral where everyone is seated two meters apart. At one point, her two adult sons go up to the woman whose husband has died and put their arms around her. The funeral director stopped the funeral and made them return to their seats. He’s following the rules, you see.

Our most sacred human rights were interfered with. And we’ve changed. Take masks, for example. There’s no good evidence that using masks stops a virus, especially not cloth or surgical masks.

But masks weren’t really about stopping transmission. They were signals. When you wear a mask, you’re a walking billboard for danger. They have, over time, also become imbued with morality and virtue. Good people wear masks, good people who put others first.

Now, there’s a reason why we were told that a mask protects others. That’s not because it does protect others, it’s because the behavioral scientists know that appeals to help others work better than appeals for your own safety. There are numerous interviews in my book where we talk about masks as signals and symbols. And some people will need a soft landing. They’re not going to rip their masks off and be immediately comfortable with that because they’re like a comfort blanket. They’re a crutch.

Masks are now the vestiture of the faithful. They sacralized virtue.

Mr. Jekielek: What do you think is the best way forward? You’ve suggested serious inquiries.

You just nudge people subtly into doing what you want. It’s a cheap, effective, and sneaky way to get people to do what you want.

Yet citizens have to take action. You have to write to your representatives and ask them about it. We have to push back on governments that are doing it. Every citizen has power. We have to remember that we invest governments with authority.

And ultimately, we all have to find peaceable agreement with each other. As I’ve said, as the pandemic comes to an end, some people will need a soft landing. It’ll take them time to remove their masks and revert back to normal life, because some people have been left terrorized with what some call COVID anxiety syndrome. About 20 percent of them are hanging onto obsessive hygiene measures and watching the news and aren’t ready to live normal lives again. So I think we need to be tolerant.