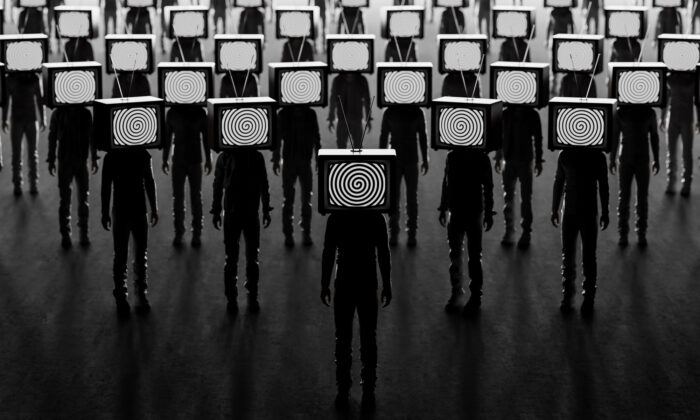 The Nudge: Ethically Dubious and Ineffective 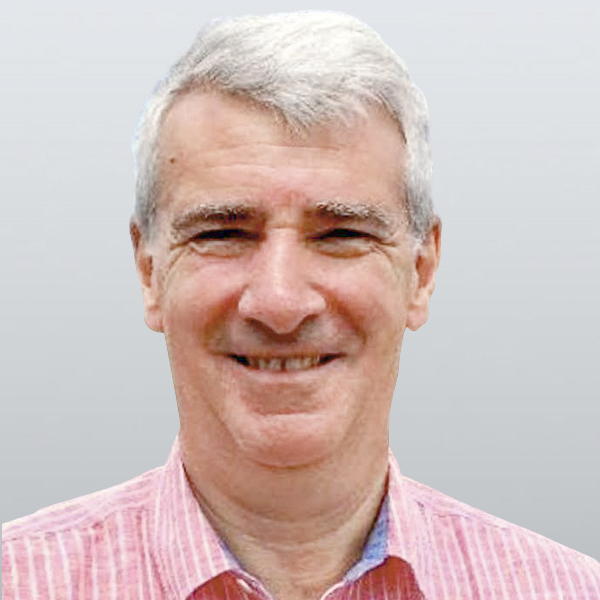 More and more people in the United States will be wising up to their government’s use of behavioural science—or ‘nudging’—as a means of increasing compliance with Covid-19 restrictions. These psychological techniques exploit the fact that human beings are almost always on ‘automatic pilot,’ habitually making moment-by-moment decisions without rational thought or conscious reflection.

The use of behavioural science in this way represents a radical departure from the traditional methods—legislation, information provision, rational argument—used by governments to influence the behaviour of their citizens. But why expend all that time and energy when, by contrast, many of the ‘nudges’ delivered are—to various degrees—acting upon the public automatically, below the level of conscious thought and reason?

By going with the grain of how we think and act, the state-employed ‘nudgers’ can covertly shape our behaviour in a direction deemed desirable by the regime of the day—an appealing prospect for any government. The ubiquitous deployment of these behavioural strategies—which frequently rely on inflating emotional distress to change behaviour—raises profound moral questions.

The UK has been an innovator in these methods, but they are now raising widespread disquiet here. In fact serious concerns about our Government’s use of behavioural science were previously raised in relation to other spheres of government activity. In 2019, a Parliamentary report found that the distress evoked in people targeted by behavioural insights in relation to tax collection may, in some instances, have led to victims taking their own lives.

In the Covid-19 era, it appears the behavioural scientists have been given free reign. As a retired consultant clinical psychologist, I—and 39 professionals from the psychology/therapy/mental health sphere—have become so concerned we are calling on the UK Parliament to formally investigate the government’s use of behavioural science. People across the world can glean from the UK experience what may also have been done to them, and what may be next.

The appetite for using covert psychological strategies as a means of changing people’s behaviour was boosted by the emergence of the ‘Behavioural Insights Team’ (BIT) in 2010 as ‘the world’s first government institution dedicated to the application of behavioural science to policy.’ The membership of BIT rapidly expanded from a seven-person unit embedded in the UK Government to a ‘social purpose company’ operating in many countries across the world. A comprehensive account of the psychological techniques recommended by the BIT is provided in the document, “MINDSPACE: Influencing behaviour through public policy,” where the authors claim that their strategies can achieve “low cost, low pain ways of nudging citizens … into new ways of acting by going with the grain of how we think and act.”

Since its inception in 2010, the BIT has been led by Professor David Halpern who is currently the team’s chief executive. Professor Halpern and two other members of the BIT also currently sit on the Scientific Pandemic Insights Group on Behaviours (SPI-B), which advises the Government on its Covid-19 communications strategy. Most of the other members of the SPI-B are prominent UK psychologists who have expertise in the deployment of behavioural-science ‘nudge’ techniques.

The BIT and the SPI-B have encouraged the deployment of many techniques from behavioural science within the UK Government’s Covid-19 communications. However, there are three ‘nudges’ which have evoked most alarm: the exploitation of fear (inflating perceived threat levels), shame (conflating compliance with virtue), and peer pressure (portraying non-compliers as a deviant minority)—or “affect,” “ego,” and “norms,” to use the language of the MINDSPACE document.

Aware that a frightened population is a compliant one, a strategic decision was made to inflate the fear levels of all the UK people. The minutes of the SPI-B meeting dated the 22nd of March 2020 stated, “The perceived level of personal threat needs to be increased among those who are complacent” by “using hard-hitting emotional messaging.” Subsequently, in tandem with the UK’s subservient mainstream media, the collective efforts of the BIT and the SPI-B have inflicted a prolonged and concerted scare campaign upon the UK public. The methods used have included:

– Daily statistics displayed without context: the macabre mono focus on showing the number of Covid-19 deaths without mention of mortality from other causes or the fact that, under normal circumstances, around 1,600 people die each day in the UK.

– Scary slogans: for example, ‘IF YOU GO OUT YOU CAN SPREAD IT, PEOPLE WILL DIE,’ typically accompanied by frightening images of emergency personnel in masks and visors.

We all strive to maintain a positive view of ourselves. Utilising this human tendency, behavioural scientists have recommended messaging that equates virtue with adherence to the Covid-19 restrictions and subsequent vaccination campaign. Consequently, following the rules preserves the integrity of our egos while any deviation evokes shame. Examples of these nudges in action include:

– Slogans that shame the non-compliant: for example, ‘STAY HOME, PROTECT THE NHS, SAVE LIVES.’

– TV advertisements: actors tell us, ‘I wear a face covering to protect my mates’ and ‘I make space to protect you.’

– Ministers telling students not to ‘kill your gran.’

– Shame-evoking adverts: close-up images of acutely unwell hospital patients with the voice-over, ‘Can you look them in the eyes and tell them you’re doing all you can to stop the spread of coronavirus?’

Awareness of the prevalent views and behaviour of our fellow citizens can pressurise us to conform, and knowledge of being in a deviant minority is a source of discomfort. The UK Government repeatedly encouraged peer pressure throughout the Covid-19 crisis to gain the public’s compliance with their escalating restrictions, an approach that—at higher levels of intensity—can morph into scapegoating.

The most straightforward example is how, during interviews with the media, Government ministers often resorted to telling us that the vast majority of people were ‘obeying the rules’ or that almost all of us were conforming.

However, in order to enhance and sustain normative pressure, people need to be able to instantly distinguish the rule breakers from the rule followers; the visibility of face coverings provides this immediate differentiation. The switch to the mandating of masks in community settings in summer 2020, without the emergence of new and robust evidence that they reduce viral transmission, strongly suggests that the mask requirement was introduced primarily as a compliance device to harness normative pressure.

Compared to a government’s typical tools of persuasion, the covert psychological strategies outlined above differ in both their nature and subconscious mode of action. Consequently, there are three main areas of ethical concern associated with their use: problems with the methods per se; problems with the lack of consent; and problems with the goals to which they are applied.

First, it is highly questionable whether a civilised society should knowingly increase the emotional discomfort of its citizens as a means of gaining their compliance. Government scientists deploying fear, shame, and scapegoating to change minds is an ethically dubious practice that in some respects resembles the tactics used by totalitarian regimes such as China, where the state inflicts pain on a subset of its population in an attempt to eliminate beliefs and behavior they perceive to be deviant.

Another ethical issue associated with these covert psychological techniques relates to their unintended consequences. Shaming and scapegoating have emboldened some people to harass those unable or unwilling to wear a face covering. More disturbingly, the inflated fear levels will have significantly contributed to the many thousands of excess non-Covid deaths that have occurred in people’s homes, the strategically-increased anxieties discouraging many from seeking help for other illnesses.

Furthermore, a lot of older people, rendered housebound by fear, may have died prematurely from loneliness. Those already suffering with obsessive-compulsive problems about contamination, and patients with severe health anxieties, will have had their anguish exacerbated by the campaign of fear. Even now, after all the vulnerable groups in the UK have been offered vaccination, many of our citizens remain tormented by ‘COVID-19 Anxiety Syndrome’), characterised by a disabling combination of fear and maladaptive coping strategies.

Second, a recipient’s consent prior to the delivery of a medical or psychological intervention is a fundamental requirement of a civilised society. Professor David Halpern explicitly recognised the significant ethical dilemmas arising from the use of influencing strategies that impact subconsciously on the country’s citizens. The MINDSPACE document—of which Professor Halpern is a co-author—states that, “Policymakers wishing to use these tools … need the approval of the public to do so.”

More recently, in Professor Halpern’s book, “Inside the Nudge Unit,” he is even more emphatic about the importance of consent: “If Governments … wish to use behavioural insights, they must seek and maintain the permission of the public. Ultimately, you—the public, the citizen—need to decide what the objectives, and limits, of nudging and empirical testing should be.”

As far as we are aware, no attempt has ever been made to obtain the UK public’s permission to use covert psychological strategies.

Third, the perceived legitimacy of using subconscious ‘nudges’ to influence people may also depend upon the behavioural goals that are being pursued. It may be that a higher proportion of the general public would be comfortable with the government resorting to subconscious nudges to reduce violent crime as compared to the purpose of imposing unprecedented and non-evidenced public-health restrictions. Would UK citizens have agreed to the furtive deployment of fear, shame, and peer pressure as a way of levering compliance with lockdowns, mask mandates, and vaccination? Maybe they should be asked before the government considers any future imposition of these techniques.

A truly independent and comprehensive evaluation of the ethics of deploying psychological ‘nudges’—during public health campaigns and in other areas of government—is now urgently required, not only in Britain, but in all countries where these interventions have been used.

Gary Sidley
Follow
Dr. Gary Sidley is a retired consultant clinical psychologist who worked in the UK’s National Health Service for over 30 years, a member of HART Group and a founder member of the Smile Free campaign against forced masking.