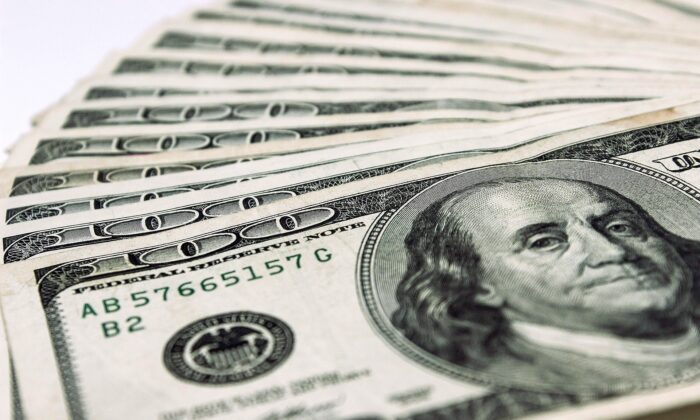 I’m not one to subscribe to conspiracies. But it sure seems strange how we got here.

A little more than a decade ago, Hank Paulson went to Congress and asked for a “bazooka-sized” bailout to calm global financial markets. They came up with a $700 billion price tag. At the time, a number of that size was unheard of. Today, Washington is throwing around trillions of dollars like its nickels and dimes.

There’s always the problem of budget creep—every year, your expenses get a little bigger, so you don’t really notice how much more you’re spending. But these expenditures have gone up by orders of magnitude in just the past few years.

This is where it gets weird. A secret cult has taken hold in our financial system. A “New World Order” of economic policy, if you will. One that promises unlimited growth and prosperity and to deliver it all without any negative repercussions.

The Rules of Modern Monetary Theory

MMT is an obscure economic theory that suggests that countries with sovereign currencies aren’t operationally constrained by revenue when it comes to spending.

MMT had a rather obscure beginning—as most cults do—in the 1970s, when economist Warren Mosler started discussing some of its core ideas. Those ideas spread, like everything else, thanks to the internet. Today, Stephanie Kelton, former senior economic adviser to Sen. Bernie Sanders’s (I-Vt.) 2016 and 2020 presidential campaigns, is known as its foremost advocate.

It’s a dangerous idea that’s playing out in real time.

First and foremost, MMT states that deficits don’t matter for a couple of reasons.

According to its cult members, government balance sheets aren’t like a family’s. When you spend more money than you earn and save, you eventually go broke. That’s not the case with governments.

That’s because any sovereign country (one that controls its own currency) can never go broke because it can always print its own currency to pay its debts (to be fair, you could do that too, but that’s called counterfeiting).

The second main point of MMT is that the bond market—the mechanism by which our government borrows money to finance its deficits—is unnecessary. Bonds only provide a place for people to safely invest their money (how they would determine yields is a mystery to me).

Instead, MMT would propose merging the Federal Reserve with the Treasury Department so that the Fed can print the money and the Treasury can target where it goes. Never mind that the Treasury is part of the executive branch reporting to the president and the Fed isn’t officially part of the government. They’ll just cut out the middleman.

Finally, while the bond market is unnecessary, taxes are totally necessary—for three reasons.

First, you need to have taxes to make your currency relevant. In other words, U.S. dollars are necessary because you have to pay your taxes in dollars. You’re a captive of your country’s currency.

Second, in the rare event that the economy should overheat and inflation starts ramping up (because of all of the rampant “surpluses” the government is doling out), taxes are a means to drain liquidity out of the system to cool the economy (so it’s a good idea to raise taxes on folks as their cost of living is skyrocketing?).

Finally, and this may be the most important reason, taxes are a means to redistribute wealth.

What Could Go Wrong?

It’s easy to understand the attraction of this monetary cult. Who wouldn’t want to live in a country where the government offers growth and prosperity on tap. But I’m afraid their belief system misses an important point.

Dollars are measures of value—they’re not valuable in and of themselves. MMT detaches the dollar from any sense of real, productive value, making it worthless.

For decades now, interest rates—the “price” of dollars—have been on the decline, making it cheaper to access them and less profitable to hold them.

Today, staring down the face of roaring inflation, our economy is more addicted to cheap money than ever.

The Fed is going to take a stab at getting inflation under control by raising interest rates. And that has the potential to lead to major repricing in a whole range of assets. Thus far, Fed Chairman Jerome Powell has made it known that the Fed is taking the training wheels off the market (and it should). Stocks are going to have to learn to stand on their own. But if they can’t, we may all end up in the cult of MMT.