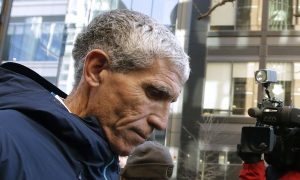 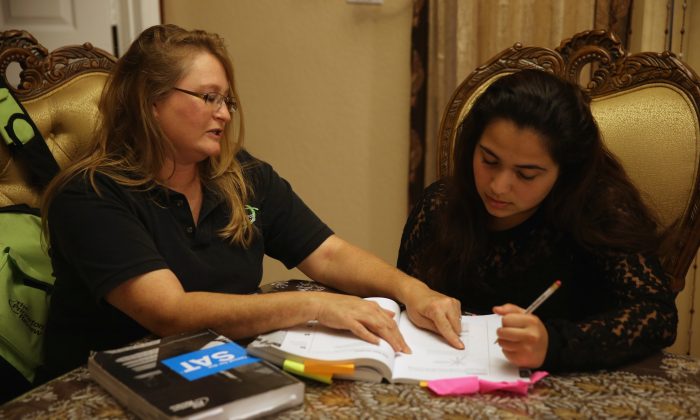 The New SAT ‘Adversity Score’: Opening a Can of Worms

The cheating scandal earlier this spring, in which parents resorted to all sorts of desperate and unethical measures to have their children accepted into elite colleges, underscored how highly prized are the scarce places in our country’s top schools.

The reason for this phenomenon is widely known: Earning a bachelor’s degree from a top-tier school opens doors, creates unsurpassed networking opportunities, advances careers, and greatly increases the odds of lifetime career and financial success for the minority of students fortunate enough to gain admission to those schools.

As the magnitude of those advantages has become increasingly evident, the competition for prized places in these student bodies grows inexorably more intense. The most popular schools are in the enviable position of having their pick of the cream of the crop of each year’s graduating high school seniors.

The $64 million question is: What criteria should colleges use to determine which applicants to accept? And more specifically and problematically, what criteria are fair?

The primary criterion is intellectual ability. It’s not a sound business practice to admit students who aren’t capable of doing the required work. The standardized SAT test, administered by the College Board (originally a consortium of northeastern colleges, but now a nationwide not-for-profit organization), was introduced in 1926 and since the end of World War II has become the dominant measure of scholastic aptitude (hence, the name “SAT”—Scholastic Aptitude Test).

Although the SAT has been criticized for racial and cultural biases, it has proven its utility in providing an objective measure of how well the test-takers can perform in college.

The intellectual constructs that infuse the SAT are the same constructs that infuse our system of higher education and the “real world” of adult society. Naturally, the SAT can’t predict actual performance, for there is no way any test can measure how committed or disciplined an individual pupil will be while attending college; however, it does identify those who have the intellectual ability to succeed if they expend the appropriate effort.

Clearly, though, there are secondary considerations that colleges use in determining who to accept. When a top university has more applicants with very high SAT scores than it has places in its freshman class, the “aptitude tie” is broken by selecting pupils who excel in various extracurricular areas such as music, theater, sports, community service, entrepreneurial startups, etc.

Also, many institutions lower their academic standards to admit legacies (students related to graduates of the college) or individuals representing constituencies that embody the college’s values, such as schools with strong Christian roots favoring children of missionaries and ministers.

And, yes, colleges have been known to admit pupils with lower test scores because of the social prominence of a parent or because the family of that student has donated a large sum of money to the school. Many people resent such transactions, but look at it from the school’s standpoint: If a $2 million gift can buy top-of-the-line laboratory equipment that will enhance the education of hundreds of science and engineering students over the years, might it not be worth giving one place in the freshman class to a less-promising student?

Today, two admissions criteria that are hotly debated are the race and social background of applicants. If the top universities of the country were to accept students based on SAT scores alone, collegiate student bodies would look very Asian and white. In the attempt to achieve the American ideal of being racially and ethnically inclusive—a true land of opportunity for all—colleges have allocated a number of places for minorities.

This creates a dilemma: On the one hand, it makes sense to see that various racial groups are included on college campuses (as long as academic standards aren’t so diluted that students are admitted who simply can’t do the work and end up flunking out). Equally understandable, lowering standards to accommodate minorities creates a backlash from Asians and whites who can’t be blamed for wondering what is so fair about their own children being refused admission when they have higher scores and more well-rounded extracurricular accomplishments than minority students who do get accepted.

The College Board is now attempting to introduce some degree of objectivity to the practice of accepting lower SAT scores from targeted demographic profiles. It has introduced an “Environmental Context Dashboard” component to the SAT. This so-called “adversity score” grades applicants on 15 factors that might explain why their SAT score is lower, such as the incidence of crime or poverty in a student’s school and neighborhood.

One can readily see all sorts of problems arising from this attempt to assign a numerical score to social and economic conditions. It reminds me of the futile attempt by 19th-century economist Vilfredo Pareto to quantify happiness in terms of “utils.” It simply can’t be done. Because each individual adolescent is different, the various factors will not impact each one uniformly. And what allowances will be made for lower-middle-class kids in safe neighborhoods who have an alcoholic father, an adulteress mother, and whose best friend was killed in a car crash?

Whatever you think about the fairness of trying to quantify adversity, it opens a can of worms of unsolvable problems.

I can understand why the College Board is making this attempt. It is a business decision. They hope that they can devise a methodology that is valid and fair, thereby reducing future complaints about the alleged injustices of the college admissions process. The board likely concluded that if they didn’t come up with an answer to the widespread concern about unfairness, then some new, eager-beaver organization might propose a similar solution, and so they acted preemptively to gain a first-mover advantage.

Frankly, though, if I were a college president, I would be embarrassed to use the adversity score, even if it could actually measure what it purports to measure. From the first class I ever taught 49 years ago up to the present day, I have never wavered from my strong conviction that each student deserves to be seen and recognized as an individual human being that can’t be reduced to neat, tidy numerical calculations.

Indeed, the elite colleges should be the first to say, “Thanks, but no thanks,” to the College Board and decline to use the new index. With their abundant financial resources, they have no excuse for their admissions departments that fail to investigate every applicant thoroughly. They should interview not just students, but parents, teachers, principals, coaches, and ministers and other spiritual counselors, etc. They should get to know their applicants well enough to find out what makes them tick, whether they have their “act” together to handle college work, and what kind of character they could contribute to the freshman class.

The adversity score, however well-intentioned, is gimmicky. It inevitably will have critical blind spots and create its own distortions. Colleges should not try to evaluate their applicants on the cheap by delegating that task to the number crunchers at the College Board. After 13 years in school, our country’s youth deserve to be treated with more personal and professional care than that.

Mark Hendrickson, an economist, recently retired from the faculty of Grove City College, where he remains fellow for economic and social policy at the Institute for Faith & Freedom.