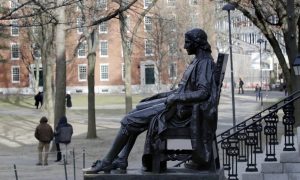 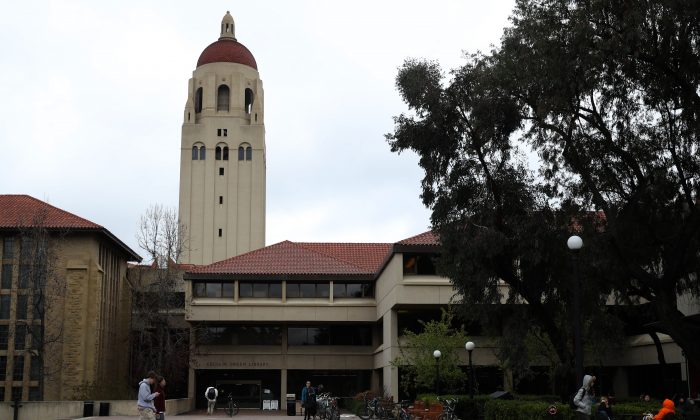 People walk by Hoover Tower on the Stanford University campus on March 12, 2019 in Stanford, California. More than 40 people, including actresses Lori Loughlin and Felicity Huffman, have been charged in a widespread elite college admission bribery scheme. Justin Sullivan/Getty Images
Viewpoints

The Crooked Competition for Admission Into Elite Colleges and Universities

Scandal time! The past week has featured a string of sensational stories about the extreme measures that some parents take to get their kids into elite post-secondary schools. Several celebrities have been publicly humiliated. Some of those named are known progressives who bash the unfair advantages of wealth and have now been shown to be hypocrites.

The fact is that parents have been pulling strings to get their kids into top schools for a long time.

When I went to college five decades ago, we all knew that rich kids often got into colleges that equally talented non-rich kids didn’t. Some were clearly legacy admissions. Others resulted from a munificent gift made by mom and/or dad in exchange for Junior joining the recipient institution’s student body.

Think of the late Sen. Edward Kennedy and former Vice President Al Gore. Does anyone really think they gained admission to Harvard on their own intellectual merit? Everyone knew and accepted the fact that a certain percentage of each freshman class at elite schools would be given to the children of the rich and powerful for various quid pro quos.

It might not have been “fair” in today’s progressive sense of the word, but that was how the college admissions business was (and is) conducted. Parents today are willing to spend far beyond the capacity of most Americans—$1,000 per hour for assistance from legal, out-in-the-open consulting services, and six-figure amounts—to get a single child into an elite university.

Today, however, the competition to get into elite colleges and universities has degenerated greatly. The extent and magnitude of cheating are stunning. It used to be simpler. One example: After I aced the LSAT, other students tried to bribe me to take the exam for them. I declined the offers and was saddened at the prospect of people willing to cheat aiming for careers in law.

The practice of professional test-takers fraudulently posing as someone else eventually became so widespread that the identity of those entering the exam locations is now thoroughly vetted—as it should be. What the spate of recent stories has revealed is how elaborate and creative cheating schemes have become.

What motivates parents to go to such extraordinary lengths? It isn’t necessarily to get a better education. Indeed, despite attracting top faculty and having abundant resources, even elite colleges have ineffective instructors and substitute closed-minded progressive indoctrination for a true education in the liberal arts tradition.

The primary reason that people resort to bribery or invest big bucks to get their kids into the elite universities is that a degree from such a school is viewed as the key to success.

A degree from an elite college is a valuable, prestigious sheepskin. Attendance at exclusive universities establishes contacts in the most high-powered social networks in the United States.

Then there’s the financial payoff: As reported in The Wall Street Journal, “According to PayScale, which crowdsources earnings data, the return on investment for a degree from Stanford University or Princeton University is about $800,000 after 20 years. For regional state schools like the University of South Carolina, Columbia, or Eastern Washington University, the return is less than one-third of that.”

Given those benefits, it’s no wonder that so many parents want this for their children. Who can blame them? The basic problem here is that there are far more qualified students apply to elite colleges than they can possibly accept. It’s not uncommon for students with perfect grade point averages and top 1 percent SAT scores to have their applications rejected.

For good or evil, there is no truly objective way to determine which students truly deserve to be admitted.

If our colleges and universities were truly private, each could choose their own criteria for determining the composition of its student body. One might prefer to admit a representative cross-section of American society, apportioning slots according to gender, ethnicity, family income, religious orientation, etc. Others may want to stack their athletic teams with the best athletes or to ensure that their theater or music programs excel.

But colleges and universities aren’t purely private businesses. State-supported, taxpayer-funded universities obviously aren’t private, but even nominally private universities receive government funds and fall under the purview of federal regulations. There are rare exceptions: Grove City College, where I teach, rejects all federal aid and so escapes the whims and fashions of federal bureaucrats.

Harvard is a representative case of the sensitive predicament its admissions policy finds itself in as a result of Harvard’s popularity. The esteemed university’s “admissions criteria exist inside a proprietary black box that no outsider is allowed to see,” The Wall Street Journal wrote.

And who can blame Harvard? Whatever formula they employ, there would be anger, resentment, and backlash from those left on the outside. Thousands of highly talented students and parents will rage at the perceived injustice of whatever criteria result in their exclusion from the academic “promised land.”

The lesser evil here seems to be to let schools maintain some privacy, some proprietary information. The alternative would be to have government bureaucrats decree universal standards. Such a policy would short-circuit market competition between schools taking different approaches to discover the most successful method.

There’s no solution that I or anyone else could offer that would be universally regarded as fair. There’s an inescapable supply/demand imbalance that no Solomon (and certainly no government) can solve. But we can, as a society, take a stand against such egregious tactics as cheating on tests, falsifying applications, and other forms of blatant fraud.

The competition to get into elite colleges will continue to be harsh, bruising, and heartbreaking. We can and should, however, make it less crooked.