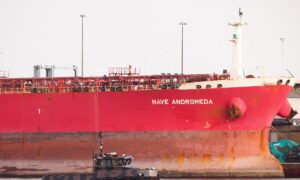 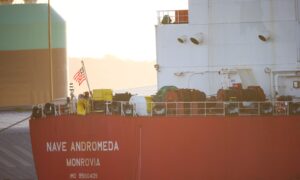 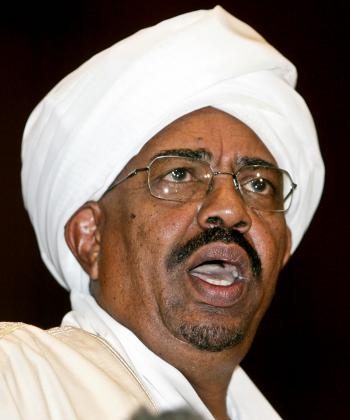 GENOCIDE CHARGES: Sudanese President Omar al-Bashir gives a speech during in Parliament in Khartoum, Sudan, on May 27. On Monday, al-Bashir was charged with genocide by the International Criminal Court. (Ashraf Shazly/Getty Images)
Africa

The last time Omar al-Bashir was charged by an international court, he said that prosecutors could “eat” his arrest warrant, and then danced for thousands of cheering supporters.

The Sudanese president was indicted last year by the International Criminal Court (ICC) for alleged war crimes and crimes against humanity in his role in the seven-year Darfur conflict.

At the time, he said that the charge sheet would “not be worth the ink it is written on.” In April this year, Bashir underlined his point by winning a presidential election with two thirds of the vote.

However, there are signs that the net is closing in on the military leader, who became the first head of state in history to be issued an arrest warrant.

Bashir has been unable to visit several countries for fear of being detained, and calls from regional allies to have the prosecution suspended have been ignored.

On Monday, the ICC issued a second warrant for his arrest, this time on the stronger charge of genocide.

He is accused of arming death squad militia, known as the Janjaweed, to carry out ethnic cleansing of the Fur, Masalit, and Zaghawa communities in Sudan.

The charges against Bashir include “genocide by killing, genocide by causing serious bodily or mental harm and genocide by deliberately inflicting on each target group conditions of life calculated to bring about the group’s physical destruction,” a statement from the ICC said.

“This second arrest warrant does not replace or revoke in any respect the first warrant of arrest,” it added.

Bashir denies the charges of genocide, as well as those in the earlier warrant of March 2009.

It also included two charges of war crimes for the lesser crimes of intentionally directing attacks against civilians and for pillaging.

Charges of genocide were originally part of the initial application, but were rejected when the pre-trial court ruled in 2009.

Prosecutor Luis Moreno-Ocampo appealed the decision on the grounds that the standard of proof was too high. The appeal was granted on Monday.

Over 300,000 people are said to have died in seven years of fighting in the western region of Darfur.

Bashir won power in April this year after what opposition groups claim was an election marked by widespread intimidation and vote-rigging. Pro-government supporters deny the charges.

His swearing-in was attended only by a handful of representatives from small African countries such as Eritrea, Djibouti, and Chad.

Major players such as Egypt and Russia, who warned that the initial charges set a “dangerous precedent,” were not at the ceremony—a sign of Bashir’s growing isolation.

The embattled leader has been restricted in the countries he can travel to. He attended a conference in Ethiopia following the warrant, but Ethiopia is not a party to the ICC.

In May, the ICC referred Sudan’s refusal to hand over Bashir to the United Nations Security Council.

Although Sudan is not a party to the ICC, it is required under international law to “cooperate fully” with prosecutors, the Hague-based court said in a statement.