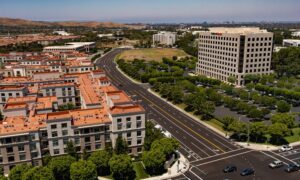 Cities Have Themselves to Blame, Not COVID-19, for Sinkhole Status
0
Share Now
TelegramFacebookTweetEmailTellMeWeReddit
Copy Link
Opinion

The Necessity of Iraqi Sunni Independence

One of the main prerequisites to defeating ISIS in Iraq is to determine the political future of Sunni Iraqis. As long as they do not know what the future has in store for them, they have no reason to put their minds and souls into the fight against ISIS.

The Sunnis are not prepared to make all the needed sacrifices only to benefit the Shiite government in Baghdad, which they reject and despise even more than ISIS. The Obama administration must begin, concurrently with the fight against ISIS, to negotiate the future status of the Sunni Iraqis.

For the White House to believe that Iraq will somehow be stitched together following the defeat of ISIS is a gross illusion, as Iraq’s partition into three states was de facto established immediately following the invasion of Iraq in 2003.

Having lost their dominance of Iraq to the Shiites in 2003 after 81 years of continuous rule, the Sunnis still refuse to accept what they consider to be a historic travesty. This was further aggravated by eight years of the Shiite government led by Nouri al-Maliki, who abused his power and marginalized, mistreated, and victimized the Sunni community.

The fact that the coalition of more than a dozen countries, led by the United States, to battle ISIS from the air and ground has thus far failed is due to a lack of a comprehensive strategy to defeat ISIS, as well as the absence of the Iraqi Sunnis’ commitment to fight it, which occupies much of their three provinces.

The Sunnis find themselves inadvertently and often voluntarily supporting ISIS as they are more religiously aligned with ISIS than with the Shiite majority, who are determined to maintain exclusive governance over all of Iraq.

The presumed unity government in Iraq that the United States sought is a farce. There is no unity; Prime Minister Abadi is weak and has done little to pacify the Sunni community.

Iran continues to exert significant political influence in Baghdad by actively participating in the fight against ISIS through its militia, to which the Sunnis object but the United States has quietly acquiesced.

The Sunni Iraqis do not view Iran’s involvement as transient, and learning from their past experience, they will under no circumstances surrender their future to the whims of Tehran, which they consider a staunch enemy.

The Saudis, who are alarmed by Iran’s regional ambitions and its systematic violent meddling in the Arab states’ domestic affairs—in Syria, Iraq, Lebanon, Yemen, and many other countries—strongly feel that only by allowing the Sunni Iraqis to establish their own autonomy can they prevent Iran from totally controlling Iraq.

Given the fact that the Iraqi Kurds are on their way to complete independence, it will be impossible to keep the Sunnis at bay.

Moreover, given the fact (which the United States recognizes) that the Iraqi Kurds are on their way to complete independence, it will be impossible to keep the Sunnis at bay. In a recent meeting in Washington, D.C., President Masoud Barzani of Iraqi Kurdistan publicly declared his intention to move toward independence, which was later confirmed by a top U.S. official as being inevitable.

Although the Kurds suffered greatly under Saddam Hussein’s Sunni regime, they now see eye-to-eye with the Sunnis as both consider the Shiite government as hostile and reject the idea of federalism, regardless of how loosely connected it will be to the central government in Baghdad.

The United States must now begin a dialogue with the Iraqi government and the Sunni leadership to establish a framework for Iraqi Sunni political autonomy along the Iraqi Kurdish model, which will eventually lead to complete independence.

The central issue that must be incorporated into any agreement on Sunni independence is the equitable distribution of the country’s oil revenue, which would require a strict, internationally guarded, and binding mechanism from the U.N. Security Council to ensure permanent and full implementation.

The Sunnis need unequivocal assurance that under no circumstances will any Shiite government withhold distribution of funds and hold the Sunni state hostage without suffering immediate and clearly spelled out political and financial consequences, including sanctions and the suspension of any financial and military aid.

The Iraqi Kurds have already established such a precedent as they currently transfer funds from their independent oil sales to the Iraqi central government. To be sure, the three independent countries will have to work out a formula that will satisfy their legitimate share of oil revenue.

An equitable agreement on sharing oil revenue could also pave the way to better and closer relations between the three states, which will lead to greater cooperation in many other fields, including joint economic development programs, security cooperation, trade, among others.

The Obama administration must now think seriously beyond defeating ISIS and certainly beyond reaching an agreement with Iran about its nuclear program. Iran has the capacity and the intention to disrupt any political arrangement in Iraq that does not serve its interests.

Iran has the capacity and the intention to disrupt any political arrangement in Iraq that does not serve its interests.

It must be made abundantly clear to Tehran that the United States will not tolerate any subversive actions to undermine the welfare and stability of the newly established Sunni state. To deter Iran from acting mischievously, the United States might have to provide security guarantees to the Sunni state, along the line of its commitment to the security of the Iraqi Kurds.

This will also have a serious positive impact on the proxy Sunni-Shiite war waged both in Syria and Iraq between Saudi Arabia and Iran for regional dominance, which may otherwise last for decades to come.

The lack of a clear American strategy in Iraq to which President Obama recently admitted (“We don’t yet have a complete strategy because it requires commitments on the part of the Iraqis”) is baffling. It raises the question of how the United States could engage in a war without having a clear strategy to defeat the enemy, and what the desired outcome should be.

It is not only that the Iraqi troops are not fully trained and combat-ready; even if they were, they will not defeat ISIS on their own, with or without the support of Iranian militias.

This lack of a strategy allowed extremist groups of all political and religious persuasions to converge on Iraq and Syria and take advantage of the chaotic situation that has swept both countries.

It is time for the Obama administration, with its coalition partners, to develop a strategy to defeat ISIS, which of necessity requires the introduction of significant ground troops, assembled from the coalition that will include an American contingent to bring about a swifter defeat of ISIS.

Short of this, ISIS will continue to expand its territorial control and become further entrenched, especially in the Sunni provinces, which will make its defeat ever more difficult and costly.

In conjunction with introducing troops, the United States must give the Iraqi Sunnis the assurance that their future political independence is secure.

Dr. Alon Ben-Meir is a professor of international relations at the Center for Global Affairs at NYU. He teaches courses on international negotiation and Middle Eastern studies. alon@alonben-meir.com