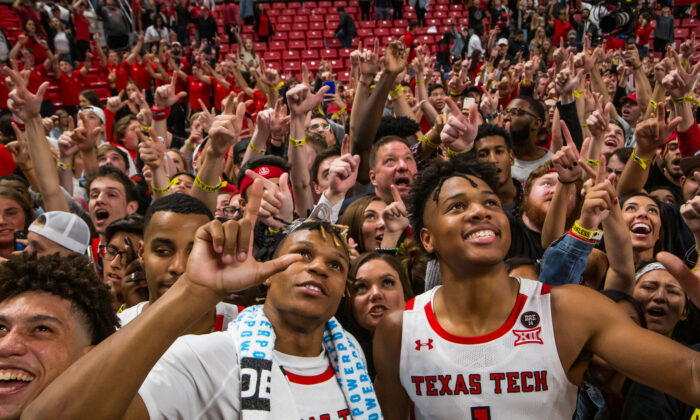 The NCAA and the Future of ‘Student-Athletes’

Nearly two decades before Kurt Vonnegut published his most famous book “Slaughterhouse-Five” (1969), he published a science fiction novel that would eventually be republished under the title “Player Piano.”

In his dystopia, Vonnegut paints a picture of a world in which engineers, scientists, and bureaucrats have come to dominate and brought us under a new national trinity of “economy, efficiency, quality.”

Vonnegut’s main concern is with the price humanity will pay with ever-increasing rates of mechanization and centralized planning. For him, an old player piano in a dingy lower-class neighborhood bar stands as the symbol of a society in which machines have replaced human workers. The men at the bar seem oblivious to the fact that the mechanized piano was but a forerunner of the machines that ultimately took their jobs and their sense of having a useful place in the world.

Vonnegut’s story continues to speak profoundly to the American reader of the 21st century. In Vonnegut’s world, older hierarchies have been replaced by a new hierarchy that echoes the direction of our contemporary celebration of STEM (science, technology, engineering, and math) and a view of progress that reigns supreme in our public schools and colleges, where engineers and managers hold the pinnacles of prestige and power.

Vonnegut’s book is well worth reading in our century of cultural and economic disruption. But what got me thinking of it again was the decision by the NCAA on Oct. 29 to move toward a system that will allow college athletes to profit from their exploits on and off the field.

What does the recent NCAA decision have to do with Vonnegut’s novel written nearly 70 years ago?

In that novel, Vonnegut predicts how college athletes will come to be treated in a society built on the values of efficiency, quality, and economy. To wit, they will be treated as professionals rather than traditional students and expected to perform as such on the field.

In Vonnegut’s vision, the fiction of major college athletes being just like other students is replaced by the absolute prohibition on them going to school at all. I mean, how inefficient is it to have “student-athletes”—that is, to have our athletes distracted by pretending to be students!

And perhaps you root for a school that has made similar decisions the universities do in his novel. Not only must the athletes not be treated like other students, but they shouldn’t be distracted by the students and so are given their own special housing and dining rooms away from the others on campus. This is the case today at many Division I colleges, where elite athletes live in their own dorms and often eat in their own facilities away from other students.

They are asked to put in incredible hours in the gym and on the practice field. They travel and so are asked to miss a lot of classes, and their chance to be engaged in anything else on campus is nearly nonexistent. To keep them eligible, they are given elaborate study areas full of smart young students paid to be their tutors and help with their homework.

Many of us still hold on to an older vision of college athletics where the student heads off to college to get a degree and learn and just happens to have enough competitiveness and school pride that he or she wants to represent his or her school on the field of competition. For most college athletes, that vision is still true. I myself was a college baseball player some three decades ago, but at such a small school that we didn’t receive scholarships or perks. We played for the love of the game. Many still do.

But the NCAA is starting to acknowledge that the money sports of Division I football and basketball are professional in all but acknowledgement. Their coaches are paid many times more than the college presidents; many athletes finish their time in college without meaningful degrees.

Maybe the most egregious example is the “one and done” players who come to college and enroll in a few classes, but only enough to allow them to play one season of basketball before becoming pros. The University of Kentucky basketball team, in particular, has made this kind of athlete their specialty. The idea that these athletes are actually “student-athletes” in any traditional sense incomprehensibly stretches the term.

These kids work very hard on the field and in the gym to entertain rich fans and line the pockets of rich coaches, university administrators, and the NCAA itself. Allowing them to make a few bucks from their talents and long hours should be welcomed. Like what happens in Vonnegut’s dystopia, we are becoming more specialized and demanding more efficiency and higher quality than our old “amateur” model can provide. It’s time our rules caught up with our demands.

That is, unless we want to return to a world where our athletes could only play for schools they could earn entrance into academically, where they were treated like every other student on campus, and where their coaches were paid no more than their teachers. But few really want to go back there, and certainly not the NCAA!

Gary L. Gregg is director of the McConnell Center at the University of Louisville and host of the podcast Vital Remnants.