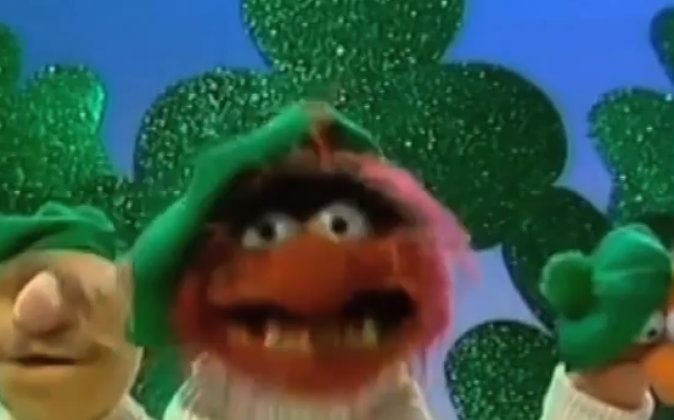 The Muppets + The Beastie Boys Video: Animal, The Swedish Chef, and Beaker ‘Raps’ to ‘So What’cha Want’

Can The Muppets do hip-hop?

Thanks to Youtube user isthishowyougoviral, Animal, The Swedish Chef, and Beaker do a very convincing take of The Beastie Boys number, “So What’cha Want.”

Although the video is just “lip sync” and not an actual Muppets cover, perhaps the three loveable Muppets will do a Mike D, MCA, and Ad-Rock some time for real.

Check out the video here, and the actual Beastie Boys music video below that.

Megan Colligan, Paramount’s head of domestic marketing and distribution, said the success of the “Ninja Turtles” reboot was mostly derived from a pair of distinctly different audiences: men who fondly remembered the 1980s and ’90s franchise that spawned a cartoon series, toy line and a live-action film trilogy, and youngsters familiar with a newer Nickelodeon animated TV series.

“It’s odd when you have 25- to 35-year-olds and then 7- to 12-year-olds really excited about the same film,” Colligan said. “The teen audience was actually the one that wasn’t as familiar with the property, so we put a lot of focus on teens. I think we did a great job of getting them out there to see the film, which is so fun, refreshing and unique.”

“Ninja Turtles,” which also stars Will Arnett and William Fichtner, made an additional $28.7 million in international markets such as Russia, Mexico, Malaysia, Singapore and Taiwan, bringing its worldwide total to a radical $93.7 million.

Marvel Studios’ “Guardians of the Galaxy” slid into second place in its second weekend with $41.5 million, bringing its total domestic haul to $175.9 million. The total worldwide box office for the cosmic romp starring Chris Pratt, Zoe Saldana and Dave Bautista as members of an intergalactic band of do-gooders stands at $313.2 million. Marvel and “Guardians” distributor Disney revealed last month at San Diego Comic-Con that a follow-up is planned for 2017.

“Guardians” and “Ninja Turtles” are coming to the rescue of an otherwise shell-shocked summer box office, which is still down more than 16 percent over a year ago.

“This is the third weekend in a row we’ve had a film overperform,” said Paul Dergarabedian, senior media analyst with Rentrak. “It’s finally starting to feel like summer. The perception of August used to be that it was the month of the B-sides, not the hits. The movies are now defining what August can be, not the month defining what the movies should be.”

“Lucy” was another recent success. The mind-bending Scarlett Johansson film came in fifth place this weekend with $9.3 million in in its third outing.

Several newcomers debuted distantly behind the heroes on the half-shell this weekend.

The Warner Bros. disaster film “Into the Storm” touched down in third place with $18 million, while the Disney culinary drama “The Hundred-Foot Journey,” starring Helen Mirren, arrived in fourth place with $11.1 million. Summit’s dance sequel “Step Up All In” popped up in sixth place with $6.5 million.

Estimated ticket sales for Friday through Sunday at U.S. and Canadian theaters, according to Rentrak. Where available, latest international numbers are also included. Final domestic figures will be released on Monday.