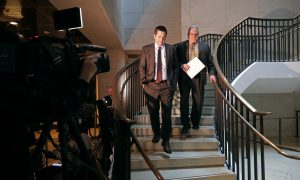 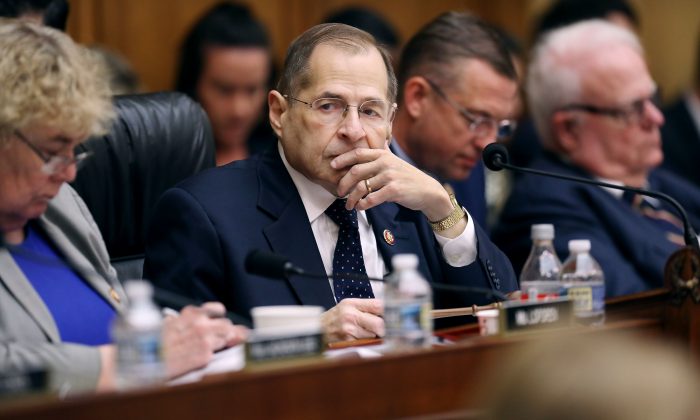 The Mueller Report and The Great Diversion

What if the Mueller report had concluded that there was evidence of illegal activity between the Russian government and the Trump campaign?

What if the conclusion had been that Donald Trump and campaign staffers had participated in secret meetings with Russian officials in Prague, London, and in Trump Towers worldwide, and that they had sought and accepted assistance from the Russians in order to game the outcome of a presidential election, subverting the Constitution in the process?

One can barely imagine the volume and persistence of the calls from Congress and the media for the immediate prosecution of anyone and everyone even remotely associated with the president, along with calls for impeachment and imprisonment of the head of state himself.

The “I told you so’s” from all the usual suspects would be incessant: House Intel Chairman Adam Schiff (D-Calif.)—“I have evidence”—House Speaker Nancy Pelosi (D-Calif.), and newsmen—or should we say editorialists?—Chris Cuomo and Joe Scarborough. The self-righteous, self-serving platitudes and demands for swift justice would be deafening.

As it is, dissenters on special counsel Robert Mueller’s staff soon displayed displeasure at the failure to find evidence of obstruction of justice by utilizing leaks, which isn’t a technique worthy of those who seek to uphold the law.

And these are prosecutors, mind you, who above all others should know better than to publicly discuss the details of a prosecutorial report, which causes potential harm to individuals falsely accused, incapable of defending themselves and without any mechanism to salvage their reputations.

However, absent an underlying criminal act, there is nothing to obstruct. To build an obstruction case, one needs a foundation—there needs to be a crime that was obstructed.

To no one’s surprise, Mueller did find evidence of Russian meddling in the U.S. electoral process. Russia—the former Soviet Union—has been seeking to influence the outcome of elections in the United States since the mid-1950s. That is certainly no secret.

Following the dissolution of the Soviet Union, the memoirs of KGB chiefs such as Oleg Kalugin and Victor Cherkashin have been published, revealing the tactics used to influence the political climate, including false anti-Semitic incidents, manufactured white supremacist propaganda, and the dissemination of all manner of “fake news.”

Undeterred by the absence of a substantive or underlying crime upon which to build a case for obstruction, the Mueller dissenters, the media, and Congress took a new tack. Spearheaded by Schiff and House Judiciary Committee Chairman Jerrold Nadler (D-N.Y.), the House of Representatives has dexterously shifted the focus from the substance of Mueller’s report to the mechanisms, the procedures pertaining to its dissemination by Attorney General William Barr.

Barr was asked by Sen. Jeanne Shaheen (D-N.H.), while testifying under oath upon the release of the lightly redacted report, if there had been any spying. When he answered in the affirmative, he was subsequently attacked by politicians and the media for “raising” conspiracy theories.

The case is that the politicians were frightened by his response—the tone of Shaheen indicated she was clearly surprised, and perhaps unnerved, by the ultimate conclusions Barr’s investigation (which he indicated he might undertake) might lead to.

Suddenly, the very concept of spying came under scrutiny. Former Director of National Intelligence James Clapper, in an interview with ABC talk show host Joy Behar, stated that he doesn’t like the term “spying.” This from the nation’s former spy chief? What do intelligence officers do for a living, if not spy? Former FBI Director James Comey, alluding to spying that occurred on his watch, said the activities in question were merely “authorized surveillance.”

The reaction to Barr’s testimony has been an all-out assault against him: the often repeated message being that Barr has lost all credibility. This has been repeated incessantly in the hope that the image will gain credence, and so undermine any conclusions that ongoing and future Department of Justice investigations may lead to.

Not satisfied with the offer by Barr to review a less-redacted version of the Mueller report in private, Nadler and his colleagues proceed as though the offer had never been made, carefully avoiding any mention of it, lest their refusal to read the report appear unreasonable.

Instead, they have demanded that the entire, unredacted document be released to the Judiciary Committee, knowing full well that compliance would require the attorney general to violate federal laws that make it a crime to release secret grand jury material.

In return for Barr’s refusal to break the law, he is threatened with contempt citations. But no matter how absurd these shenanigans are, they have succeeded in shifting attention from the substance of the report to what is essentially an insignificant sideshow.

The redacted passages will ultimately prove irrelevant to the conclusions—as Mueller will no doubt confirm in future testimony. Likewise, Mueller’s March 27 letter to Barr carries no legal weight, serving only to muddle an already muddy state of affairs.

Concurrent with the insistence that Barr disclose the redacted portions of the Mueller report have been demands that he himself submit to cross-examination by Judiciary Committee staff attorneys. This is a not-too-subtle attempt to cast Barr in the role of a criminal courtroom defendant. Barr—wilier than Nadler—has signaled he has no intention of playing into the hands of Nadler and his strategists.

The reaction to the release of the Mueller report is symptomatic of the woeful state of public discourse. What now passes for debate in politics and the media has been reduced to a moronic level. Will a wall stop people from entering the United States? (And so on.) By debating on the level of these politicians, are we—the public at large—lowering ourselves to their level?

Or should we take the high road and simply ignore them, accepting that what is true is true, and move on to setting the debate stage, framing the discussion on our terms, to what really merits discussion. (Walls impede entry, whether on a border or around a house. Whether or not a wall should be built—that is the legitimate subject of informed debate.)

If we waste our energy debating whether a wall can or can’t prevent people from entering, whether Barr is in contempt for not complying with demands that he commit a crime, then these politicians are winning simply by diverting attention to meaningless discussions.

The virtual refusal to accept the conclusions of Mueller and the assault on Barr is tantamount to an attack on the democratic process. It’s symptomatic of a shift toward tyranny, a snowball picking up momentum, that we can see everywhere.

The evidence is diverse and extensive. The statements by Rep. Ilhan Omar (D-Minn.) downplaying the 9/11 terrorist attacks as “some people did something,” taken along with Rep. Alexandria Ocasio-Cortez’s (D-N.Y.) comments regarding her belief in the need for the suppression of images from the World Trade Center attacks, are typical of fascist rewriting of history and denial of inconvenient facts and events.

The repetition of falsehoods, until they are accepted as fact, is additional evidence of a shift toward the acceptance of fascistic propaganda techniques as a substitute for real “news.” Former CIA Director John Brennan, in particular, has repeatedly made conclusory statements—stating his conclusions without articulating facts that would support those conclusions—such as accusing Trump of treason.

Critiques of Brennan and other heads of intelligence agencies and national law enforcement agencies have been consistently, and inaccurately, characterized by the media and Democrat politicians as attacks on the agencies themselves. The rank-and-file of these agencies, the intelligence officers and special agents, know this to be untrue.

And it’s important to note that the only logical outcome served by attempts to prevent criticism of the heads of such agencies is the creation of an atmosphere conducive to the evolution of a police state. What other outcome can there be if the directors of intelligence and national law-enforcement are shielded from legitimate criticism?

Those living through historic events cannot necessarily perceive the stunning significance of what is unfolding before them. History, however, will reveal the dramatic nature of the significant events of the past two years. The assault on the Bill of Rights and the Constitution, the conspiracy to undermine the electoral process and the presidency of the United States, the collaboration between a corrupt media and a power-thirsty Congress—the culprits are no less evil than those who have been responsible for the existence of totalitarian regimes past and present.