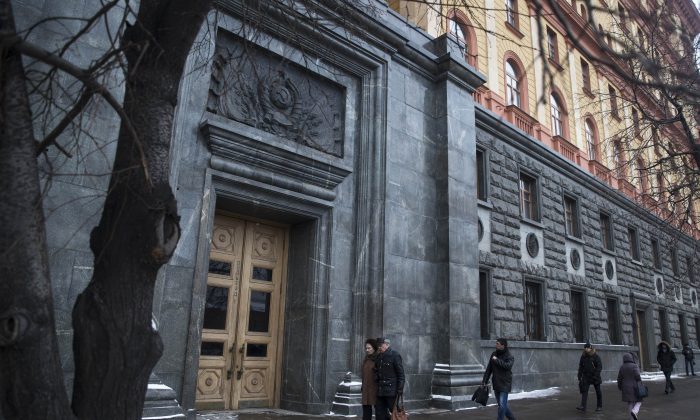 A communications tactic born in Russia has given birth to atrocities

Unfortunately, while the strategy is now finally gaining some attention, many news outlets have been misusing the term, and even confusing its meaning by using “disinformation” and “misinformation” interchangeably.

Misinformation is the statement of untrue information, and could be anything from a simple error to falsehoods released by a state-run news outlet. Disinformation is something much more devious.

The goal of disinformation is to manufacture false perceptions, often by creating staged incidents, and to use these as the foundation for what appear to be valid arguments. Rather than being published through state-run sources, the aim is to spread disinformation through credible news outlets in targeted countries. Once an outlet runs the story, the antagonist can cite it to make public statements—and these statements will likely receive even more news coverage, which serves to validate the argument.

Eventually, disinformation takes on a life of its own, and each additional story serves to bury the lie more deeply beneath a veil of perceived truth.

The U.S. government has finally started to stand up against the spread of disinformation, and the House recently passed a bill that will try to counter it. The bill addresses many roots of disinformation, including front groups, agents of influence, assassinations, terrorist acts, offensive counterintellgience, and media manipulation.

The timing, however, couldn’t have been worse. The bill is often seen through the lens of current controversies over “Russian hackers” and “fake news.” This is at a time when political interests are trying to blur the basic meaning of disinformation, ironically for use as disinformation.

In light of this, it is worthwhile to take a hard look at what disinformation actually is, how it works, what damage it has caused over the last century, and what its real-world uses are today.

A History of Deception

Disinformation has its roots in czarist Russia but was widely used by the Soviet Union. It melded well with communist ideology about strategic deception. Near the start of the Cold War, Aleksandr Michael Sakharovsky, former Soviet general and head of the KGB’s foreign intelligence arm from 1955 to 1970, saw it as a weapon for a new type of war.

He conceived of a possible World War III as “a war without weapons—a war the Soviet bloc would win without firing a single bullet. It was a war of ideas. It was an intelligence war, waged with a powerful new weapon called dezinformatsiya,” states the book, “Disinformation,” co-authored by the highest-ranking Soviet officer to defect to the West, Ion Mihai Pacepa, who was a three-star general in the Romanian Securitate.

The task of dezinformatsiya, or “disinformation,” he writes, “was to spread credible derogatory information in such a way that the slander would convince others that the targets were truly evil.”

The tactic took misinformation a few steps further. By adding the requirements that disinformation needs to be spread through “respected and reputable Western sources” and to have some “kernel of truth,” the statement may appear partially true, causing one to end any investigation of it. Sometimes it would also leverage “agents of leftist sympathizers” to help publish the fabricated stories.

One of the most damaging pieces of disinformation was “The Protocols of the Elders of Zion.” The document was claimed to be a transcript of a meeting of Jewish leaders to gain control over media and global economies. It was published in Russia in 1903 and was a forgery drawn from a political satire and a novel written several decades earlier.

The kernels of truth “The Protocols” relied on were the existence of anti-Semitism and the commercial success of some Jews.

Adolf Hitler used “The Protocols” as one of his main political tools to turn people against Jews—a typical use of disinformation to strategically alter public perception of an individual or a targeted group, known as “framing.”

The Soviets used “The Protocols” in a similar manner both internally—mainly to purge political opponents it could label as “Zionists” and similarly unite its people under hatred of a common enemy—and abroad for many other purposes.

Pacepa details how Soviet leaders spread “The Protocols” in the Arab world, alongside its framing of “American Zionism.” One of the main figures behind this push was Yuri Andropov, former general secretary of the Communist Party of the Soviet Union.

Pacepa notes, “By 1972, Andropov’s disinformation machinery was working around the clock to persuade the Islamic world that Israel and the United States intended to transform the rest of the world into a Zionist fiefdom.”

The goal, Pacepa wrote, was to “whip up their illiterate, oppressed mobs to a fever pitch.” Andropov believed that through the use of disinformation, “terrorism and violence against Israel and America would flow naturally from the Muslims’ anti-Semitic fervor.”

An FBI report declassified in 1986 describes the campaigns as a “concentrated, continuous, and concerted succession of agitation and propaganda activities specifically devised and timed to sway public opinion. Communist campaigns are intended to arouse, influence, and mobilize as many people as possible to further communist goals.”

The War on Perception

Disinformation creates a foundation for psychological warfare—a propaganda method intended to alter a person’s perceptions of reality and events. A person who has fallen victim to a psychological warfare campaign will unwittingly perceive events through the lens designed by the aggressor.

Psychological warfare fits into a process the Soviets referred to as “demoralization,” wherein people in target countries would be made to unwittingly help the Soviets reach their political objectives.

The use of these tactics never ended and can be seen today in an even more refined form under the Chinese Communist Party’s “Three Warfares” strategy, which its Central Military Commission approved in 2003 as the foundation for its information warfare.

The Three Warfares include psychological warfare, to alter the way an adversary interprets information; legal warfare, to create or manipulate laws to construct perceived validity; and media warfare, to influence or control news coverage.

The Chinese regime uses disinformation under the Three Warfares on a large scale—including in its takeover of the South China Sea, its encroaching control of Hollywood, its push abroad with state censorship on “sensitive topics,” and its framing of political and religious dissidents.

Among the Chinese regime’s more infamous disinformation campaigns was its framing of Falun Gong, a peaceful meditation discipline once estimated to be practiced by 100 million Chinese people. On Jan. 23, 2001, five people who the state claimed were Falun Gong practitioners set themselves on fire in Beijing’s Tiananmen Square, and Chinese leaders used the incident to justify their otherwise unpopular persecution, which had launched two years prior.

The incident has since been debunked. A Washington Post investigation showed it was doubtful the individuals even practiced Falun Gong, and an award-winning documentary, “False Fire,” showed several anomalies in the video—such as footage in which a police officer is shown pummeling one of the immolators on the head with a club as smoke swirls around. Yet, as a testament to the deceptive impact of disinformation, Western news outlets can be seen repeating the Chinese state line on Falun Gong even recently.

In September 2015, a video that allegedly showed two American soldiers shooting a copy of the Quran was causing a ruckus in Muslim regions of Russia. A BBC investigative report in March, however, found that not only were the men wearing the wrong uniforms, but it managed to trace the video to a spot near 55 Savushkina Street in St. Petersburg, a known location of Russia’s Internet Research Agency.

There are various uses for disinformation. A “glasnost” operation, for example, would often be used to powder the faces of tyrannical leaders—such as the lavish portrayals of the murderous Che Guevara or photos of North Korea’s Kim Jong Un smiling in front of tables stacked with food.

The current arguments about Russian hacking helping Trump don’t have signs of either disinformation or misinformation—or at least the Clinton campaign hasn’t shown evidence that the leaked emails showed information that was false.

Of course, this isn’t to downplay concerns of alleged foreign intervention in the elections, but instead to keep clear the basic definition of disinformation.

If we forget what words mean—and especially if they’re being misstated to make political arguments—it’s easy to also lose the ability to recognize the original term. Disinformation has been among the most harmful of all political weapons since the turn of the 20th century—having been used in the Holocaust, in terrorist propaganda, and in nearly every communist atrocity.

And if we forget even its basic meaning, that would make easier its use in future atrocities.