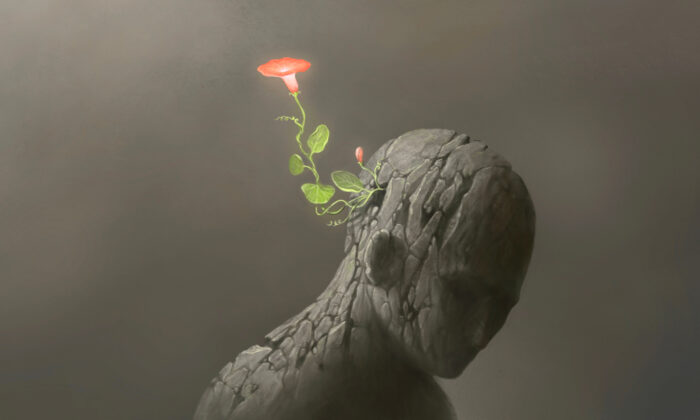 The Lockdown Advocacy of Devi Sridhar

The COVID era gave rise not only to popular mania but also to astonishing intellectual pretension. The experts were everywhere. They had all the answers. They knew for certain that a path never tried in anyone’s lifetimes was the certain way to go in order to control a virus. And this fanatical attachment to one goal caused all other considerations to be pushed aside.

The end of the story was baked in from the start. The experts were proven to have massively exaggerated their prowess and understanding of events. On point after point, their models blew up. The epidemic would end the way they always have, through acquired immunity and endemicity. Nowhere did the methods of the vaunted experts achieve the goal; at best they delayed the end point and created tremendous destruction along the way.

Now there is a problem: how to dial it all back without admitting profound error. This is a particular problem for those who wrote books before the story was complete. And by complete I am referring especially to the tremendous waves of infections that came 20 months after lockdowns were first imposed.

A paradigmatic case is Devi Sridhar, professor and chair of global public health at the University of Edinburgh, Scotland. During the pandemic, she became a ubiquitous presence on television for two years both in the UK and the United States. Her main message was to advocate and defend lockdowns, masking, mandates, and the entire apparatus of compulsion that characterized the pandemic response in nearly every country in the world. Her message was always geared toward what is called eliminationism or zero COVID.

As a Rhodes scholar in a high prestige position, she was well positioned to be this messenger. She has a compelling way and presents well in the medium. Plus, the message she delivered was the one that earned an official stamp of approval from all mainstream media. She was also a pro at delivering an attitude of disdain toward anyone who dared question the zero COVID story.

Now she has a book out that further elaborates on her point of view. It has the right title: “Preventable: How a Pandemic Changed the World and How to Prevent the Next One.” It’s a pretentious title, presuming that she knows for certain that the pandemic was preventable and therefore she should be trusted to tell us what to do next time.

What’s striking is the contrast between the certitude of the body of the book in which she is an unapologetic defender of China-style lockdowns and the afterword, which must have been written only days before the book went to print. Here we have a very different tone, discussed toward the end of this review.

Sadly for her, the book came out just before a wave of new lockdowns came to China that wrecked the lives and liberties of hundreds of millions of people and made an enormous mess of the entire economic mission of the country. She must not have had time to revise the manuscript.

Of China, her book says:

The way China set about eliminating SARS-CoV-2 could be described as draconian. It undertook house-to-house testing and removed individuals to quarantine facilities if they tested positive (sometimes against their will); it used tracking technology to trace 99–100 per cent of those who had had contact with the infected; it locked down entire buildings so individuals could not leave their flats or have free movement; and it constructed completely new hospitals within days….

The Chinese government understood well that the virus moves when people move. So it stopped people moving internally ….

The efforts to contain the spread within Wuhan were effective and focused on reducing the R number….

These measures to contain spread worked ….

[China showed that] containment strategies (however draconian) could be effective at stopping this respiratory pathogen ….

The evidence in February 2020 showed that containment was successful ….

Within the span of three months, China had eliminated the virus fully within its borders ….

This is the same message she delivered to millions day after day for two years.

We could just stop this review here, observing that none of the above turns out to be true. Currently, China faces an enormous problem. If we are to believe the data, vast swaths of China’s population still lack acquired immunity to COVID. Millions or billions need the exposure, and, as with all places in the world, the result for nearly everyone moderately healthy and not elderly will be recovery. This will happen with or without lockdowns.

President Xi Jinping, however, became convinced either by virtue of his ego or his circle of sycophants that his lockdowns two and a half years ago were his greatest achievement. He was celebrated by the World Health Organization and nearly every country in the world copied his brutal methods of virus suppression. He regarded it then as evidence that the CCP was destined to rule the future, by virtue of its masterful social, economic, and now medical management of society.

So of course the CCP cannot turn back now. He has stated repeatedly that there will be no compromise of the zero COVID stance that both he and Dr. Sridhar have long advocated. He must now either continue to threaten and enact lockdowns or figure out some clever way to back away from the position without admitting past error. He may in fact figure it out at some point.

After all, nearly every other government in the world has finally figured it out. Even under the best of assumptions that lockdowns offer some contribution to mitigate the ill-effects of a pathogen, the costs far outweigh those benefits. And those costs not only include economic, educational, and nutritional ones but also costs in terms of deaths from overdoses, despair, and self-harm from the inevitable demoralization from being treated like a prisoner or lab rat.

So I did read Dr. Sridhar’s book in search of some insight as to why she could have made such a profound error. All I found was a relentless and single-minded attachment to a zero COVID agenda, or some version of it, a genuine belief that the right deployment of human force could somehow make a virus go away. It truly boggles the mind.

The rest of the narrative is utterly predictable.

Her hard-core bias extends even to a rousing defense of Rebekah Jones, the low-level data employee in Florida who wrongly accused the Governor’s office of manipulating data in a case that was later tossed out.

The book is so partisan that she sometimes lets her politics even race ahead of her epidemiological position. For example, and this probably won’t surprise you, she comes to the defense of the George Floyd protests even in the midst of lockdowns:

In late May 2020, I was asked whether protesters were wrong to take to the streets. I replied that racism is also a pandemic, and one that Black Americans feel can’t be swept under the carpet any longer. While clearly mass gatherings during a pandemic are risky, I could understand that people were willing to take this risk in order to effect change for their children and the children of their children. This is how the civil rights movement has attempted to progress racial equality over decades.

In any case, you get the point here. She has a tribe and she wants to be its messenger. Still, I struggled through the entire text to see if I could find insight. This one jumped out at me:

While WHO was at the forefront of press briefings and leading technical and normative guidance to the pandemic, the World Bank had the financial power to help governments respond with key policies, whether through building up health systems and testing, putting in place economic packages to support lockdown measures, or in acquiring and distributing vaccines.

There we go: the World Bank subsidized lockdowns. Fascinating. That I did not know. This is a serious problem that needs to be fixed. How many millions face malnutrition as a result?

So much for the body of the book.

Probably the most telling part of the book is the afterword, written January 2022. Here our author jumps in with the latest information, namely that China had not in fact eradicated the virus and now keeps locking down, which she says is due to inferior vaccines. Within a few paragraphs, she—for the first time in the book—recognizes that even the best vaccines do not stop infection and do not stop the spread..

While some say we should adapt normal social relations and mixing for the foreseeable future, I struggle with this line of thought. Humans are social: we need to hug, talk, dance, sing, kiss and be around others. We’re not bears or rhinos or other solitary creatures. We like seeing each other’s faces. And we know that a sense of community and connection are vital to wellbeing too. A holistic approach to public health is vital, and this includes not just people’s mental health but also their ability to pay rent, feed their family, stay warm through the winter and have a meaningful role in society, be that going to church or being part of a glee club. For a certain period of time, altering these made sense, so that we could avoid preventable illness and deaths; allow vaccines to be created, trialled and distributed in 2020 and into 2021; allow clinicians to better understand how to treat COVID-19; and allow a better understanding of transmission and risk.

Again, very interesting, especially because the change in tone from the rest of the book is so sharp. She doesn’t come close to repudiating her entire book—and she still believes that totalitarian measures somehow make sense for a “period of time”—but she does say that she is tired and exhausted and perhaps ready for some rethinking.

“I’ve taken a step back from media work …. I’ve been testing several times a week, and, while I cautiously avoid crowded spaces, and wear masks on public transport and in shops, I continue to go to the gym and to hot yoga and to see friends outside or in small groups. I’ve found a sustainable way to live alongside COVID-19 for now.”

These are hopeful signs. It’s possible that even Devi Sridhar might eventually come to see the error of her ways. Or perhaps like most of the exalted experts who assisted in driving the world into the greatest calamity of the modern era, she will quietly disappear from the op-ed pages and television screens and go back to her prior life as a public health professor with degrees with anthropology. At some point, too, she will get COVID and discover with millions of others that it is part of the human experience to get sick and get well and become stronger as a result.

We will wait in vain for any sort of extended literary mea culpas. Not even the pensive afterword comes close. After all, when the next great health crisis presents itself, the WHO pushes for lockdowns again, and the major media empires need some great excuse to order people back home to be glued to the screen, the expertise of these compelling pundits—now with real media experience—will need to be called upon again.