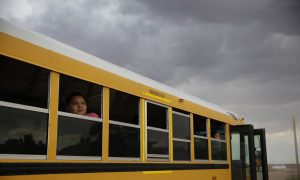 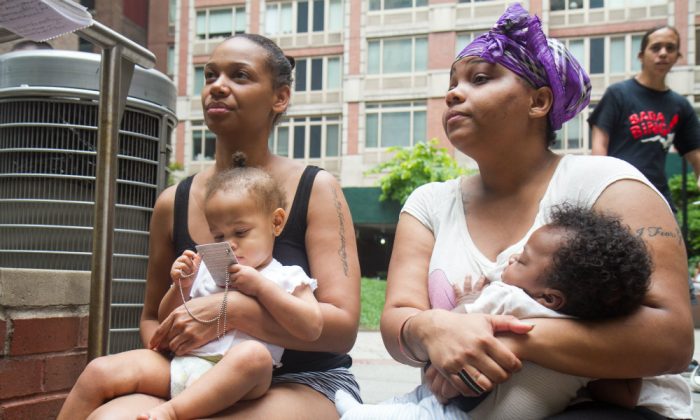 Two women who live in the homeless shelter on E. 28th Street in Manhattan, New York, on July 29, 2014. (Benjamin Chasteen/Epoch Times)
US

The Letter That’s Coming to All Presidential Candidates

WASHINGTON—The season of candidates vying for voters, endorsements, and financial backers in the 2016 presidential race will soon be upon us. This time, as each serious contender announces his or her candidacy, he or she can expect to immediately receive a letter. Signed by 100 theologians, this letter will ask whether the candidate is willing to make ending hunger and poverty a top priority in his or her administration.

“Today, we are beginning an outreach to all the candidates for president. We want each of them, on camera, to explain what they would do to provide help and opportunity to the hungry and poor people in our country and around the world,” said the president of Bread for the World, Rev. David Beckmann.

“A nation’s righteousness … is judged by a single factor: How you treat the poor and most vulnerable.”
— Rev. Jim Wallis , founder and CEO, Sojourners

Beckmann was speaking Jan. 15 at a news conference at the National Press Club with five other Christian leaders, who are members of the “Circle of Protection,” a coalition of more than 65 heads of denominations, relief and development agencies, and other organizations, dedicated to ending food insecurity and poverty in America. They are requesting in the letter that each candidate provide his or her statement on the issue in a three-minute video, which will then be disseminated to the wider public.

Beckmann said, “There is broad consensus among the faith leaders that our country has been culpably negligent about poverty.”

We can’t expect churches and charities to solve the problem, he said: “We need government to do its part.”

The idea of sending a letter signed by representatives of the “faith community” has been tried before, “in the last minute,” during the last presidential election, said Rev. Jim Wallis, founder and CEO of Sojourners. “But this time we are ready.”

The speakers were receptive to fresh ideas and went out of their way to say they didn’t favor one political party or one solution over another. Galen Carey, vice president for government relations, National Association of Evangelicals, said, “We look forward to a robust debate in which all candidates participating in this event present their best ideas.”

“The percentage of individuals and families below the poverty line remains roughly the same as when [President] Lyndon Johnson announced the War on Poverty in 1964.”
— Fr. Larry Synder, president, Catholic Charities USA

Carey said, “We can and must do more to address the scourge of poverty.” He also said, “Silence on poverty is inexcusable.”


Wallis sees what the future president does to end poverty as a kind of test. He said, “A nation’s righteousness … is judged by a single factor: How you treat the poor and most vulnerable.”

The speakers drew heavily from Bread for the World’s fact sheets that culled statistics from U.S. government agencies. Frequently cited by the panelists was the fact that poverty affects one in every five children in America (14.6 million), and nearly one in every three children of color.

According to U.S. Census data, “49 million Americans are at risk of hunger, while 45 million live in poverty.”

“The percentage of individuals and families below the poverty line remains roughly the same as when [President] Lyndon Johnson announced the War on Poverty in 1964,” said Fr. Larry Synder, president, Catholic Charities USA.

The speakers’ remarks sometimes hovered on the edge of controversy.

Rev. Carlos Malavè, executive director of Christian Churches Together in USA, said poverty was a moral and spiritual issue. “The U.S. economy and its priority must be reordered.”

Rev. Sèkinah Hamlin, director of the Ecumenical Poverty Initiative, quoted Martin Luther King, whose birthday was on the same day as the press conference, “The inseparable twin of racial injustice is economic injustice.”

Carey said that besides the addition of fresh ideas for reducing poverty, “We are also wanting candidates to assure us they will protect proven strategies for reducing hunger and malnutrition, such as food stamps, SNAP, and the earned income tax credit, which rewards workers and lifts millions of Americans out of poverty.”

In Sept. 2013, the House voted 217 to 210 to cut the food stamp program, formerly known as the Supplemental Nutrition Assistance Program (SNAP), by $39 billion over the next decade, which amounted to a 5 percent cut. It was a party line vote with no Democrats voting for it, and 15 Republicans defecting from their party leadership. Republicans said the cuts were necessary because the program’s spending of $79.6 billion in the last fiscal year was out of control. The spending had roughly doubled under the Obama administration. Defenders of the program said the surge in users was due to the Great Recession and many people losing their jobs.

However, the House bill never had a chance of passing the Senate.

In the final bill that did get president’s signature, the nutrition-aid was cut about $8 billion over the decade, or about 1 percent, when taking into account other nutrition programs, according to Bloomberg.com.