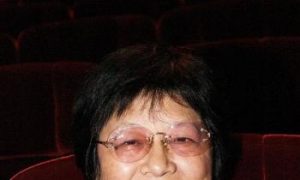 Renowned Dyeing Artist: Costumes are 'Beautiful viewed from any angle'
0

Vocalist: Lyrics Convey: 'Don't be so lost in everyday life'
0 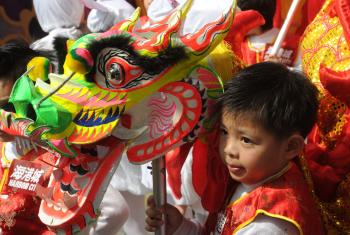 This boy is holding a dragon, an auspicious animal in the Chinese tradition, during an early Chinese New Year performance at a shopping mall in Hong Kong. (Mike Clarke/AFP/Getty Images)
China

The Legend of the Red Packets

By Yu Xin
Print
Receiving a red packet from an older person on New Year's Day is perhaps the happiest moment for a child during this holiday. But do you know the origin of this tradition? There is a lovely story about it.

According to a legend, there was a fearsome demon called “Sui.” Every year on New Year's Eve, the demon would come to touch a sleeping child's head three times. Out of fear, the child would cry loudly, then he would get a headache, fever, and begin babbling incoherently. When these symptoms disappeared, the child would become a fool.

Fearing demon Sui would harm their children, parents would keep their lights on and stay up the entire New Year's Eve in order to keep away the demon. This is the origin of modern-day staying up on New Year’s Eve.

Once there was a Guan family in the city of Jiaxing. Late in life the couple had a son and cherished him dearly.

One New Year’s Eve, fearing that demon Sui would come to harm their son, they kept him awake as well. They gave him eight coins to play with. The child wrapped the coins in red paper, opened the packet, and then unwrapped it again until he was so tired that he fell asleep, with eight coins wrapped in red paper lying beside his pillow. The couple sat on the child's bed to guard him.

At midnight, a burst of chilly wind blew open the door and blew out the light. Just when the demon extended his hand to touch the child's head, beams of silver light burst out from the red packet. The demon was frightened and fled.

On New Year's Day, the couple told all their neighbors about the event. From then on, they all started to do the same thing. Ever since, children have been safe and sound without any problems.

It turned out that the eight coins were the Eight Immortals who secretly came to protect the child. Therefore people called this money “lucky money for the New Year's Day.”

With the change of society and loss of traditional culture, “lucky money” in a red packet has lost its original meaning in mainland China. Many children become proud about who gets the most money on New Year's Day. And if the giver doesn't give much, the children may think less of him/her.