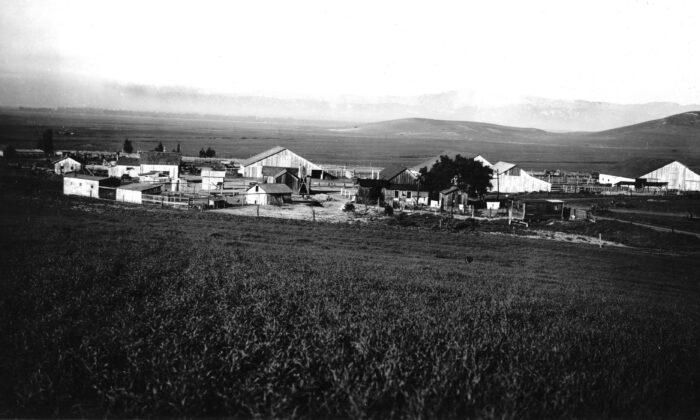 The Last-Second Move That Determined the Fate of Irvine Ranch

The recent piece, “Who Are the Irvines?” provided a little glimpse of the family’s impact on Orange County. Except for a couple of seconds, this family’s impact and heritage would not have even happened.

The story is a fascinating portion of Orange County’s history, and it was captured by Robert Glass Cleland in his book, “The Irvine Ranch,” published by The Huntington Library, copyright 1966.

Orange County has become famous for its land development and the resulting boom and bust cycles in the real estate market.

The original owner of the ranch, James Irvine, born in 1827, owned the Irvine & Co., a wholesale produce and grocery merchant in San Francisco. The profits from his business were invested into income-producing real estate. He and investment partners purchased ranchos from the Californios that could not hold on to their land due to drought and other circumstances. He would eventually buy out his partners.

James Irvine would not live long enough to fully see the “Great Boom” in Southern California land values between 1886 and 1888, as he passed on March 15, 1886.

His will named executors who were to administer the estate for his 18-year-old son, James II, his wife Margaret, and a few other beneficiaries. One of the provisions was that his only son, James, Jr., would inherit the estate, after certain bequests had been honored, when he reached age 25.

At that time, the ranch was still under the jurisdiction of Los Angeles County. Orange County successfully split off and became its own county in 1889. The size of the holdings for Rancho Lomas de Santiago, Rancho San Joaquin, and Rancho Santiago de Santa Ana, which would constitute the Irvine Ranch, was more than 100,000 acres, or about 20 percent of the new county.

The ranch was put up for sale at public auction on July 16, 1887. According to Cleland, before the bidding was to begin, there was a provision that no bids under $1.3 million would be accepted, that a nonrefundable certified check for $50,000 must be immediately provided at the conclusion of the auction, and “that all bids must be made within thirty minutes from the actual start of the sale.”

There were two major bidders and in the flurry before the conclusion of the thirty minutes, the official timekeeper appeared to become momentarily confused. He recognized the highest timely bidder, at $1,380,000, as the winner. The other party then bid $1,385,000 and the timekeeper said, “You have it.” Both parties laid their certified checks on the table. The trustees refused to close or consummate the transaction.

Of course, the losing bidder filed suit in the Superior Court of Los Angeles County. The court would determine that the timekeeper was saying, “You have it,” to the first bidder. More surprisingly, “The Court is of the opinion that neither plaintiff nor defendant … is entitled to the decree prayed for or to any relief and orders judgment accordingly.” The court agreed with the trustees that no sale had occurred.

According to Cleland, “In this dramatic fashion the difference of a second’s time, a little more or less, determined the fate of the Irvine Ranch!”

In the months that followed, rumors of offers and potential sales proved to be unsubstantiated, and James Irvine, II would keep and manage the ranch. On June 4, 1894, he incorporated the land holdings as “The Irvine Company.” In 1897 he donated what is now known as Irvine Park. He and his wife and children would move permanently to Orange County after the San Francisco earthquake of April 1906. The rest is history.

The original ranch home, built in 1900, was lost to a fire in 1965. However, the County of Orange’s Public Library Department had it rebuilt according to the original architectural renderings.

This new library, located in the city of Irvine, was dedicated shortly after I was elected as a county supervisor in 2006. Family scion, Joan Irvine Smith, called me and was as giddy as could be. It was named after her mother, and Joan let me know that touring the new facility brought back many childhood memories and was enthralled with the accuracy of the rebuilt home.

For this glorious piece of Orange County history, please visit the Katie Wheeler Library which is located at 13109 Old Myford Road. It is adjacent to the original Irvine Ranch headquarters, which houses the Orange County Parks Department.