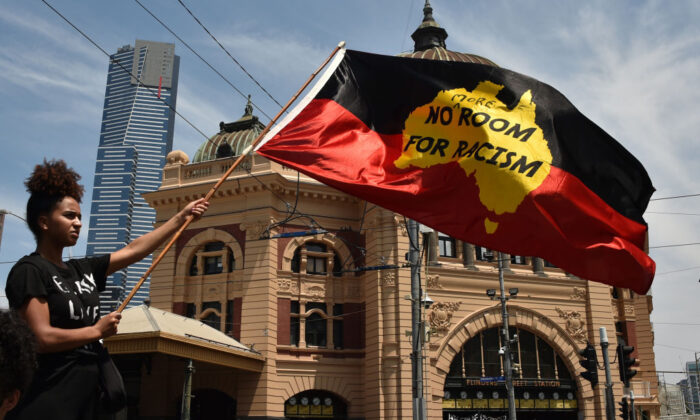 A protester waves a flag during an "Invasion Day" rally on Australia Day in Melbourne, Australia, on Jan. 26, 2018. (Peter Parks/AFP via Getty Images)
Viewpoints

The Indigenous Voice to Parliament Has the Potential to Be Divisive 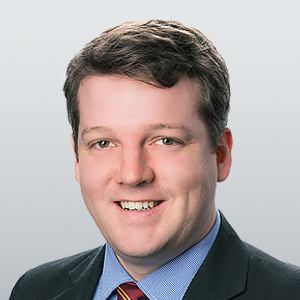 Voice. Treaty. Truth. These are the words used to describe the Australian Labor Party’s (ALP) main policy for Indigenous Australians. Now that the ALP has claimed power in Canberra after nine years in opposition, it is time to consider what these words mean genuinely.

The Labor party policy platform notes a constitutionally enshrined Voice to Parliament is a “matter of priority.” It also promised to establish a “Makaratta Commission to work with the Voice to Parliament on a national process for Treaty and Truth-telling.”

What Australians have been told about the proposed Voice to Parliament and what a Voice will do are likely two different things.

In effect, establishing a Voice entity would create a parallel system of representative government based on race. As a result, the legal and democratic status of Australians will be affected and determined by their ethnic background, making it one of the most radical proposals for constitutional change in Australian political history.

The Makaratta Commission is even more obscure than the Voice, but its potential divisiveness should not be understated. A commission for truth-telling can quickly become a forum for historical revisionism and partisan point-scoring.

Truth commissions also enable the obsession with the past when our governments have so much work to do securing the wellbeing of Australians in the present.

As the new senator representing the Northern Territory, Jacinta Nampijinpa Price, noted recently, “The Greens might want to look back with truth hearings, but there are things happening right now that are far more urgent like the safety of women and children in regional communities.”

It is undoubtedly true that many Indigenous Australians, particularly in remote communities, face a range of challenges from violence, unemployment, crime, and alcohol and drug abuse.

A multitude of centralised bureaucracies have been established to “manage” the problems, all with little success. The idea now to erect another bureaucracy to focus on the past and writing treaties will be no more successful than the rest.

Treaties might be of interest in academia but won’t be a cure to any of the real-world problems in Indigenous communities. Just consider how the existence of treaties in Canada and New Zealand have not generated better outcomes among their First Nations or Maori populations.

At its best, the issue of a treaty is just incoherent. Indigenous Australians are Australians, and the Australian government can’t sign a treaty with itself.

At its worst, the treaty is a divisive idea because it is predicated on the idea that Indigenous Australians are in some way legally separate from other Australians.

These are consequential proposals that deserve a genuine public debate on their potential benefits and dangers.

The challenge now is that a bipartisan campaign for constitutional change will potentially confront Australians.

The new opposition leader, Peter Dutton, has correctly in the past rejected a Constitutional Voice for being a “third chamber” of parliament.

But it is possible that Dutton, to shore up support from the Liberal’s depleted left faction, may now be back in the Voice.

Voice supporters scoff at the suggestion that their proposal would be a third chamber, but it is undeniable that the Voice would, in effect, exercise a veto over public debate. Furthermore, the risk of going against the official “voice” of indigenous Australians would be met by debilitating claims of racism.

Already the debate is being shaped around the idea that opposing the existence of the Voice is an inherently racist idea.

Labor Senator Malarndirri McCarthy called on Dutton to support the Voice to compensate for his failure to attend Kevin Rudd’s parliamentary apology to the stolen generation in 2008.

But allegations of racism aren’t going to cut it at a referendum on constitutional change. Australians are a discerning people when they are asked about changing the core institutions of democratic governance. That’s why Australians have almost always said no when Canberra asks the voters to give them more power.

It also explains why the nation overwhelmingly supported a constitutional change in the indigenous affairs referendum in 1967. The removal of references to race in the Constitution was consistent with a view that Australians’ formal and legal status should not be delineated along racial lines.

The movement for the Voice is not the continuation of 1967 but a repudiation of the claim for racial equality it represented.

Morgan Begg
Follow
Morgan Begg is the director of the Legal Rights Program at the Institute of Public Affairs in Melbourne, Australia. His interests lie in constitutional government and the rule of law, and freedom of speech and religion, particularly in relation to anti-discrimination laws.